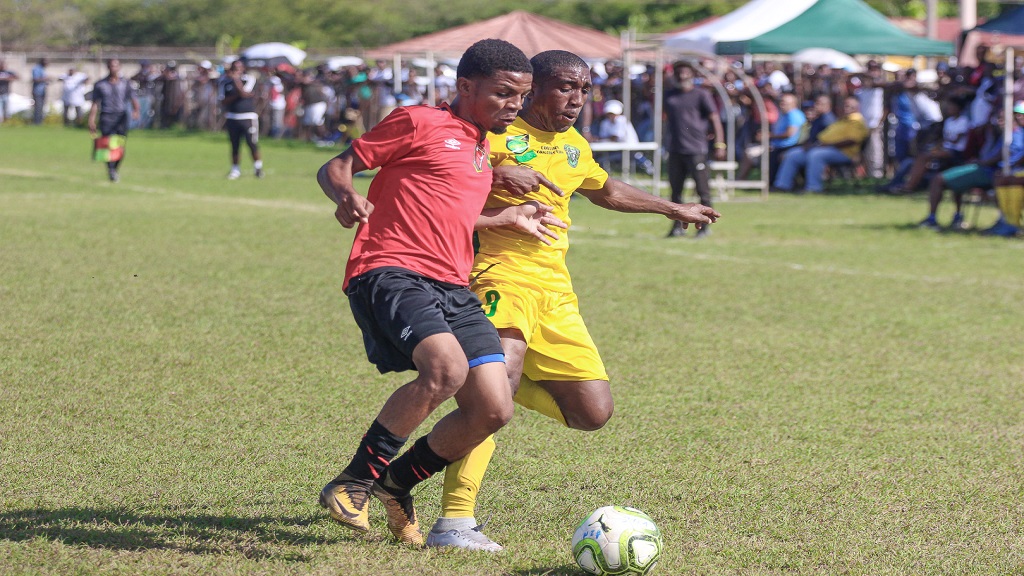 Clarendon-based outfit Vere United FC secured their third win on the trot to keep them on top of the standings in the Jamaica Football Federation (JFF) Premier League play-offs, following a 4-1 win over Downs FC out of Manchester on Match Day 4 on Sunday.

The game was played at the Wembley Centre of Excellence ground in Hayes, Clarendon.

The win pushed Vere United to 10 points from four games, that’s one point ahead of Molynes FC,  which also won three straight matches with a 2-1 victory against Lime Hall CC.

Wadadah, which were idle on the weekend, lie third on four points along with Faulkland FC and Baptist Alliance FC, which both played to 0-0 tie.

Downs are in sixth place with a point, followed by Lime Hall FC at the foot of the table, also on one point.

In the Vere vs Downs encounter, the home side dominated play and took control of the game from as early as the 10th minute when Christopher Randall headed home from close range.

It was 2-0 three minutes later, as the speedy Swayne Thomas rounded goalkeeper Jermaine Holmes to slot home from close range.

Downs came out with more purpose in the second half and got a rewarding goal two minutes after the resumption through Ajay Chin to cut the deficit to 2-1. However, Vere stepped up the tempo to hit back with two more goals in the 53rd (Michael Morland) and 89th minute (Garrington Baker) to seal the deal.

It was the first time in eight games that Vere were conceding a goal, and their coach Michael Bennett was pleased with his teams' outing.

“We played in two halves, we had a lot more composure in the first half and got two goals, we lost our shape in the second half, but we got it back and sealed the deal, which is good to see heading into the remaining games.”

Losing coach Kemar Ricketts was pleased with his team's effort despite the defeat.

"We were not outplayed today, they got two early soft goals and that set us back, but we fought back in the second half only to let them back into the game again, so my team is young, we have a lot of schoolboys so they will learn from this."

This year saw an increase in teams competing under a new format. Seven teams are now involved in the playoffs. They will play each other once (six games per team) and at the end of the play-offs, the top two teams will qualify for the country's top tier football competition - Red Stripe Premier League - to replace Montego Bay United of St James and Westmoreland's Reno who were relegated following this season.