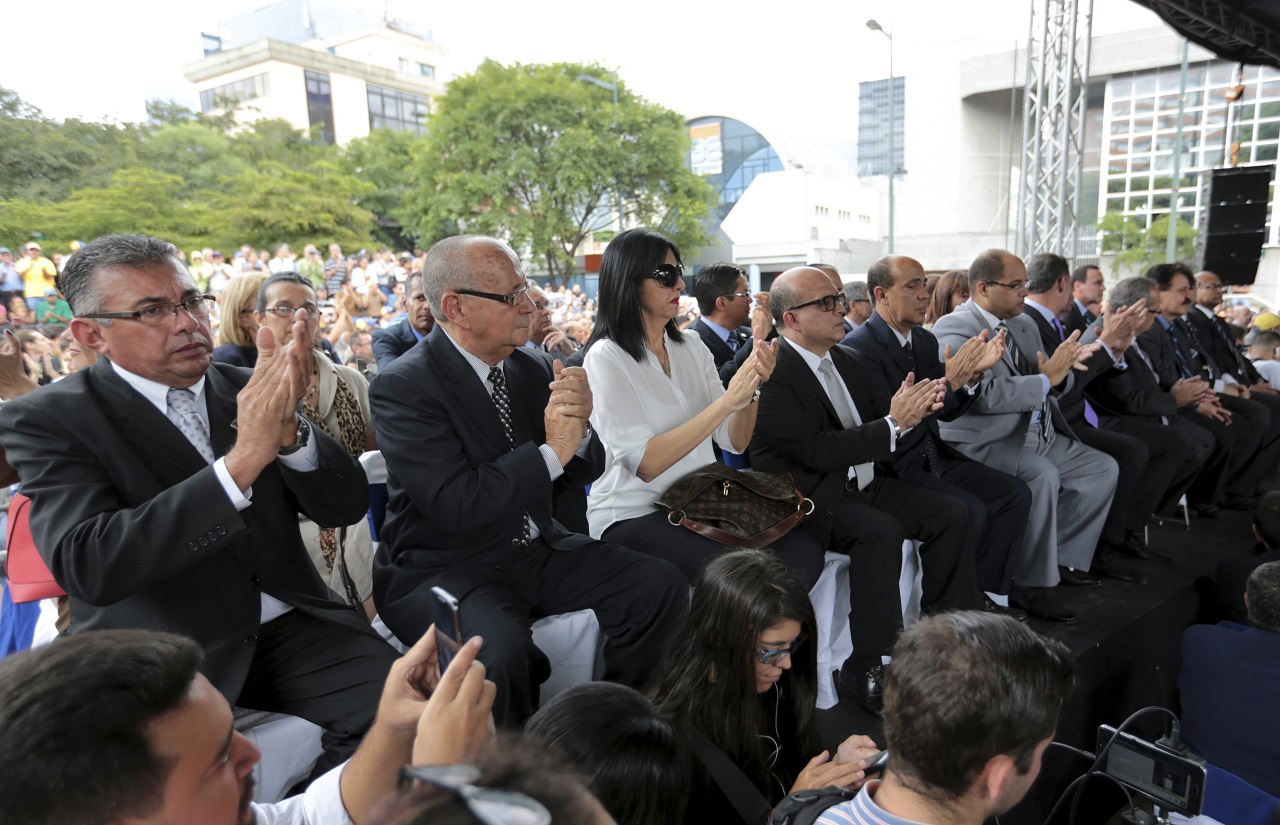 Newly-named Supreme Court justices applaud before they are sworn-in at an outdoor ceremony in Caracas, Venezuela, Friday, July 21, 2017. Venezuela's opposition-led National Assembly has sworn in new magistrates to the government-dominated Supreme Court during a ceremony held in a public plaza. They appointed the slate of judges in an escalating fight against President Nicolas Maduro’s plan to rewrite the constitution.

Thousands are gathering in the Venezuelan capital for a march toward the embattled nation's Supreme Court in an escalating push to stop President Nicolas Maduro from proceeding with his plans to rewrite the constitution.

The opposition is calling on frustrated Venezuelans to take to the streets to support a slate of Supreme Court judges appointed by the National Assembly on Friday but quickly rejected by the government-stacked court.

Organizers hope Saturday's protest in Caracas will be one of the largest before a scheduled July 30 election for a special assembly to rewrite Venezuela's charter. Maduro is facing mounting international pressure to cancel the controversial vote.

Nearly four months of anti-government protests have left at least 97 people dead, and thousands more have been injured or detained.