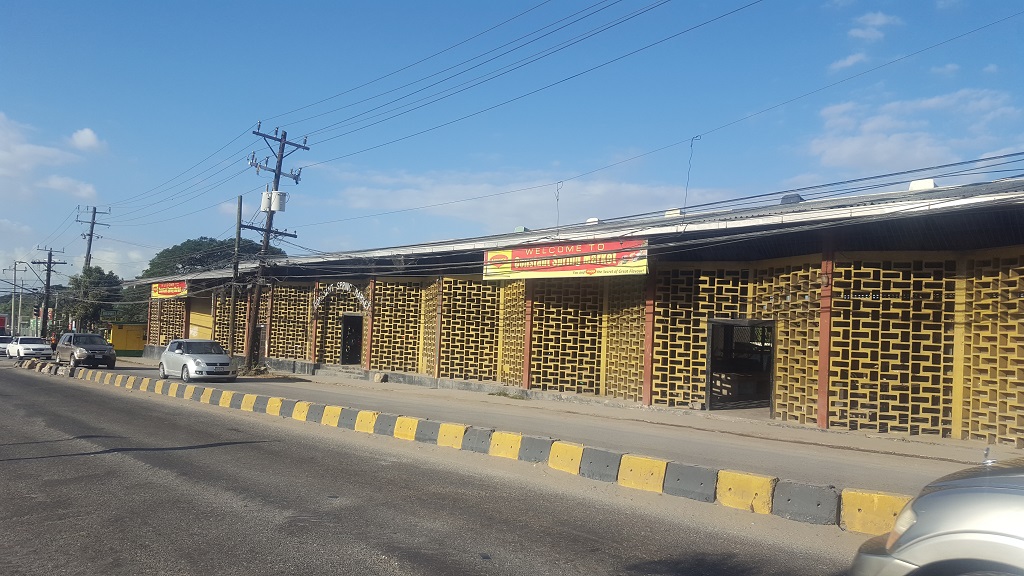 An external view of the entrance to the Constant Spring Market in St Andrew. (Photos: Marlon Reid)

There was a single active vendor inside the Constant Spring Market building in St Andrew on Friday morning.

The elderly woman had a variety of ground provisions on display, including pumpkins, carrots, cho chos, onions and yams.

It was the day when it was decided that the market was to be demolished to make way for road works, essentially, the expansion of Constant Spring Road. A court injunction had delayed the demolition before, but that had come to an end. A ruling by Chief Justice Bryan Sykes had toppled an attempt by attorney Bert Samuels to have the demolition halted.

The woman was visibly upset, but knew there was nothing she could do at this point to stop the powers that be from disrupting her way of earning a living.

"We just have to accept it, sir. We can't do nothing more. Is 30 years me selling here, but if a so, a just so," the elderly woman who refused to be named, told Loop News.

Miss Del runs a cook shop around the corner. She was doing brisk business selling stewed chicken, liver and other breakfast meals.

"We nuh want the Government come just push things down we throat and come offer we no hundred thousand (dollar). How far that can go? We know progress have to go on, but is just how them deal with we without compassion," she said.

The grim reality is that the market will be going and all the people who have been doing business there will have to find another way or another place to make a living.

Another traffic change along Constant Spring Road from Monday