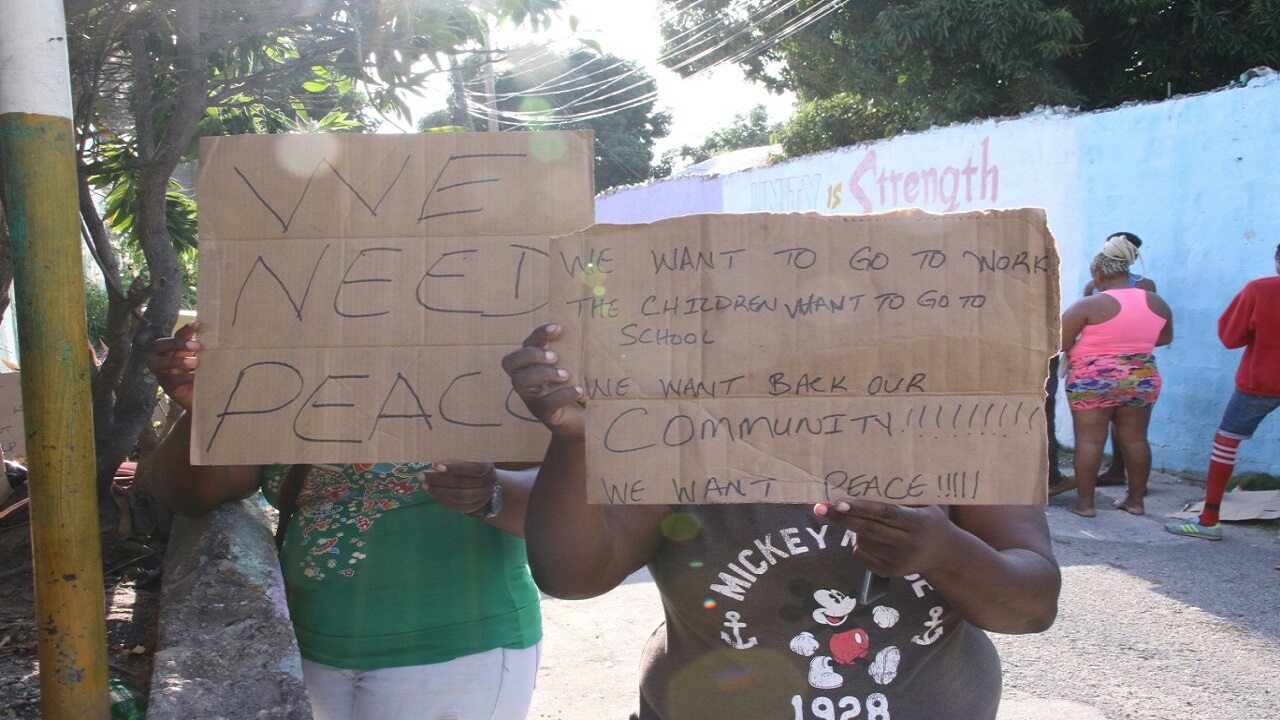 Placard-bearing Mountain View residents appeal for peace in a previous flare up of violence in the area. (File photo)

Traffic crawled to a snarl along Mountain View Avenue in the vicinity of Deanery Avenue in East Kingston as the bullet riddled body of Trevor Beadle, popularly known as ‘Maestro’, lay in a crumpled heap.

Beadle, a vendor, was attacked and shot as he rode a bicycle along Deanery Avenue about 7.15 Monday morning.

The Vineyard Town Police Station is located on Deanery Avenue.

Police report that men drove up in a white Toyota Probox motorcar and opened fire at Beadle hitting him several times. He fell from the bicycle and minutes later he was dead.

Police cordoned off the scene and the result was a heavy buildup of traffic on one of the major thoroughfares in that section of the capital city. Some residents of the community mounted a roadblock to protest the shooting but the roadway was quickly cleared by the police.

Mountain View Avenue has been under the gun in recent months following a flare up of gang violence between gangs from the Jacques Road and Goodwich Lane communities. Both gang were cronies but relations have gone sour after pieces of ply board went missing from a construction site in the area.

Police have maintained a heavy presence in the area which resulted in a temporary lull in the violence. However relations have been tense between the former allies.