Valeo/KSAFA team up with Atletico, Sporting for youth football camps 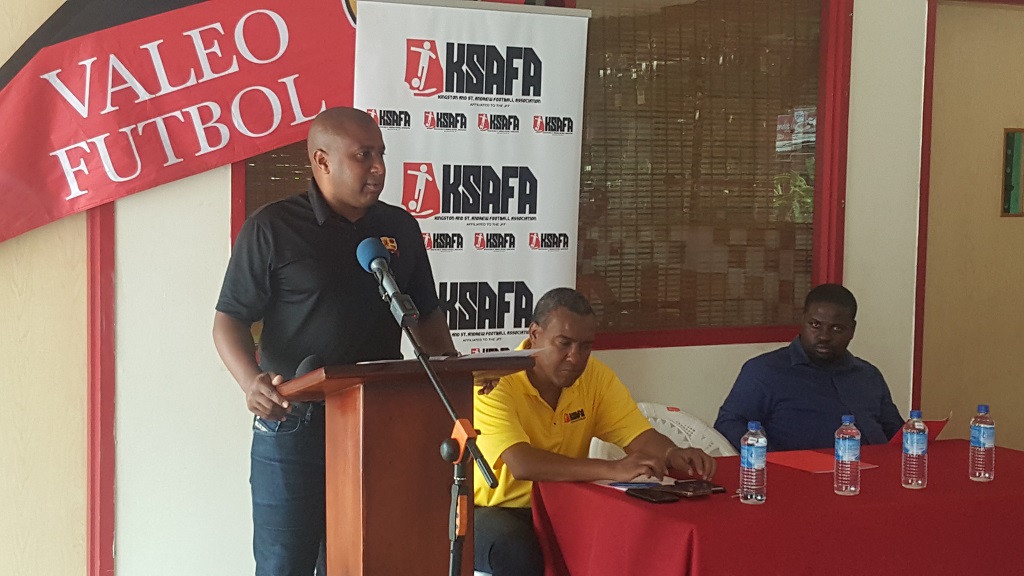 Valeo FC will provide youth footballers in Jamaica with a monstrous opportunity to join elite European clubs when it hosts two football camps and Combine at the University of the West Indies (UWI) playing field in July.

The international football camps, which were launched at a press conference at Scotiabank’s Liguanea Sports Club on Wednesday, are open to footballers aged 10-19.

Licensed European (UEFA A & B) professional coaches and scouts from these world class outfits will lead the process at both camps under the theme ‘Train, Be Scouted and Discovered’.

“It’s part of a larger initiative that we’re on about developing Jamaica’s football and for that we needed a more holistic approach. It’s player development, coaching development, club development and league development and last but not least, field development. The end goal is to raise the level of football in Jamaica,” said Emelio Williams, President, Valeo Academy.

Valeo FC has been operating in Jamaica for close to a year, since joining forces with the Corporate Area’s governing body for football to stage the Valeo/KSAFA (Kingston and St. Andrew Football Association) camps for youth footballers, which were mostly staged at the Barbican playing field.

“KSAFA and Valeo Academy are proud to partner with Sporting Lisbon and Atletico Madrid to bring such an opportunity to the parish,” said Wayne Shaw, President, KSAFA.

“This will provide exposure for our academy players from both international clubs to provide the necessary support needed to take them to the next level, building their careers through the opportunity provided,” added Shaw.

The Valeo/KSAFA camps were run generally by professional coaches here, including Davis, with regular inputs by other coaches from the organisation’s parent body, which is based in Boston, Massachusetts, where Jamaica’s Williams, a former St. Jago High alumnus, is the Director of Coaching. Other Jamaicans such as former Youth World Cup representative, Keveral Stewart, Carlton Simmonds, technical director, are also on the coaching panel in Boston.

Some of the local coaches and players have already travelled to the US-based headquarters as part of its immersion program.

The club - one of few US Olympic training sites - has affiliation with the world’s elite clubs and academies such as Atletico and Sporting and also has a residential facility in Portugal, which includes boys on contract with various clubs.

The Sporting Lisbon International Football camp and Scouting Combine will kick off on Monday, July 1 and continue every day through to Thursday, July 4.

“Hopefully the kids can be benchmarked by these European coaches, who actually coach their peers in Europe. So these are the U14 coaches, U15 coaches, U17 coaches and also the scouts in those respective age groups,” Williams explained.

All this will be done under different programs, which attract costs of varying levels depending on the number of hours.

The registration process for both camps is being handled by Tanisha Atkinson-Murray, who can be contacted at (876) 803 0899 or tanisha@Valeo.com.

National U-23 squad returns to camp for Olympic Qualifiers