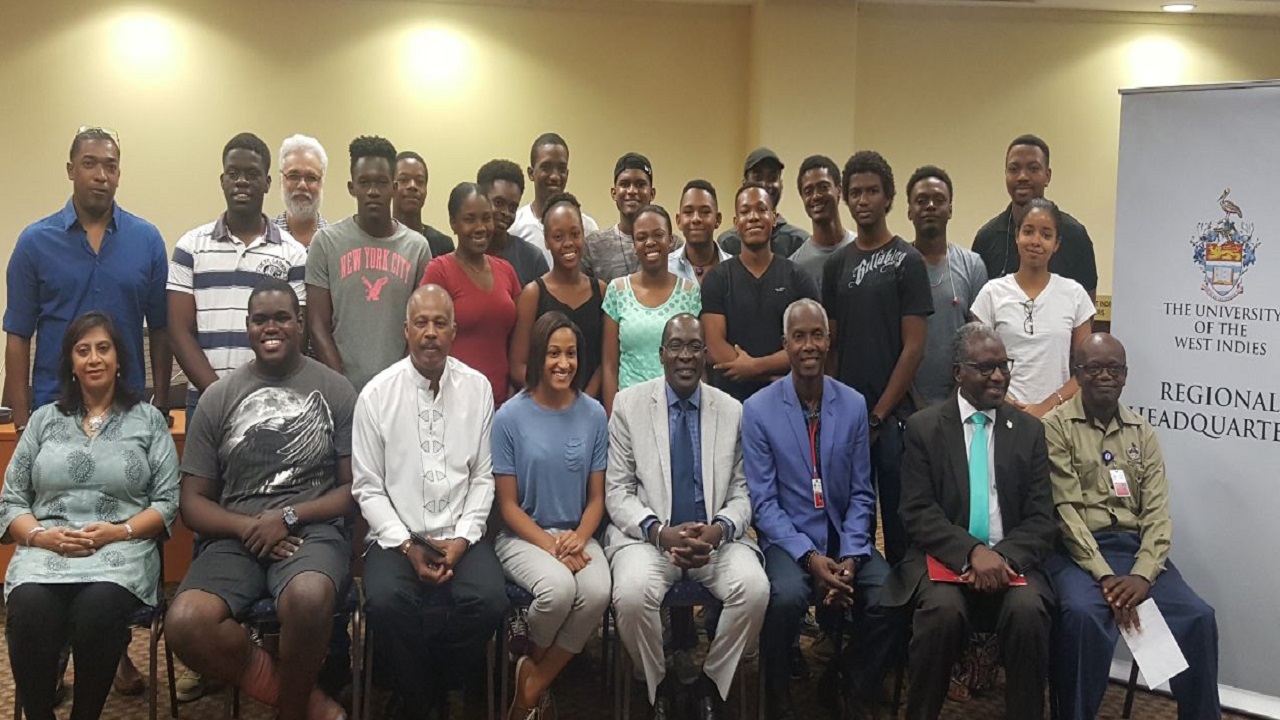 Twenty five Software Engineering Students at the University of the West Indies, Mona and their parents on Friday, met with Minister of Education, Senator Ruel Reid and Vice-Chancellor Professor Sir Hilary Beckles to discuss the terms and conditions of their imminent departure for Suzhou, China later this year.

Since 2015 the Vice-Chancellor has been pioneering a strategy to establish a UWI Centre in China that will produce a generation of software engineers for Jamaica and the Caribbean in order to lay the foundation for the much needed digital revolution in the region.

Speaking at the event Sir Hilary noted that the Global institute of Software Technology in Suzhou, UWI’s Strategic Partner, will receive the students in order for them to complete the third and fourth year of the joint BSc Software Engineering programme. While all students are mandated to acquire conversational Mandarin, their classes in China will be conducted in English.

Minister Reid, to the delight of students and parents, reaffirmed his commitment to a science and technology scholarship for the Jamaican students who will be meeting counterparts from the Cave Hill campus in Suzhou.

Speaking of the need to support Jamaica’s insertion and leadership in the Fourth Industrial Revolution, Minister Reid indicated that the scholarship was the Government’s way of preparing and investing in the next generation for the task at hand, which is producing skills for developing and sustaining Technology Parks for industrial transformation.

Sir Hilary commended the Minister for his critical support and noted that The UWI, with the support of the Government of Jamaica, was implementing the wish of the President of China who had agreed with CARICOM to facilitate industrial technology transfer to the region during his visit to the region in 2015.

The initiative, the Minister stated, “will help to position Jamaica and the region, and UWI, squarely at the centre of the science education system of China and will trigger in the near future a considerable industry alignments with the China economy.”