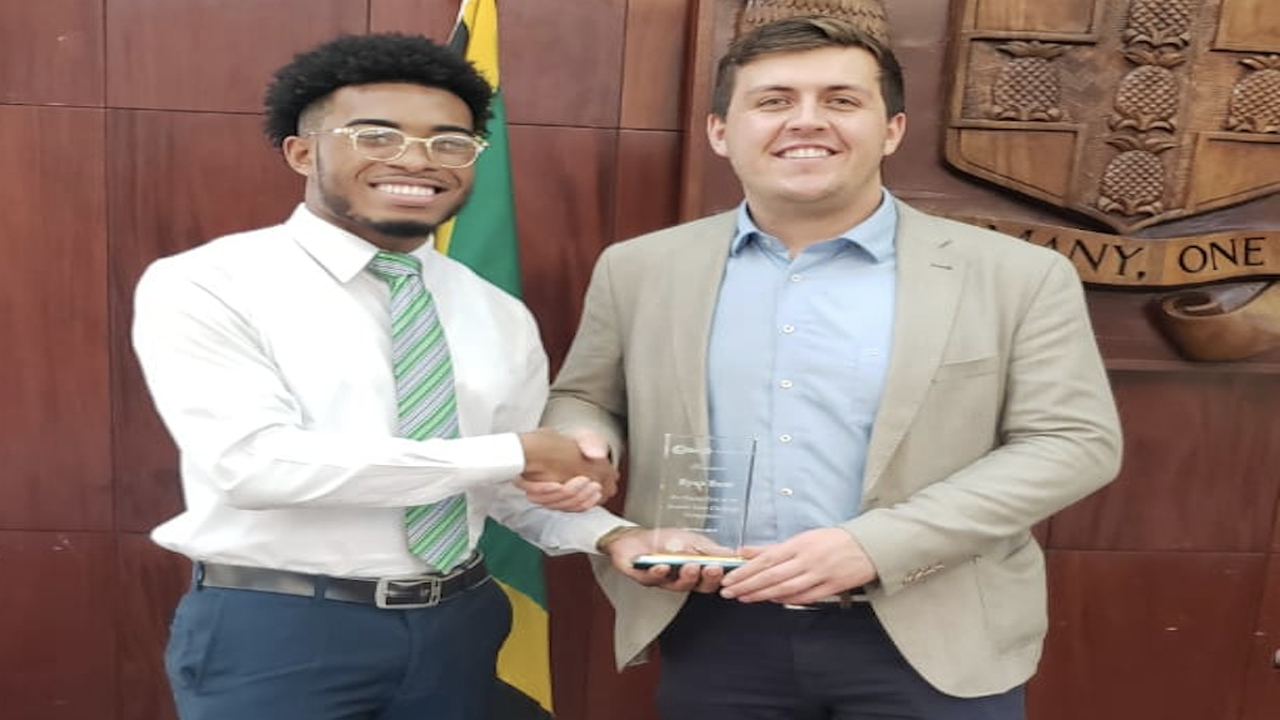 A University of the West Indies student walked away with a cash prize of $75,000 for winning an awareness-raising competition on renewable energy organised by Solar Head of State, a nonprofit that helps world leaders become green leaders by installing solar panels on government buildings.

The Jamaica Solar Challenge saw young people being invited from across the country to create innovative communication projects and educate their communities about the benefits of renewable energy. The winning entry was a dancehall track submitted by 21-year-old Ryan Bent of the University of the West Indies and Negril. (A video about the Jamaica Solar Challenge and the winning entry is available here)

Students and participants were provided with guidelines to design projects that inspire their communities to recognize and learn about the benefits of solar power. In a press release, Solar Head of State said the submissions received took a variety of forms, including written, displayed,and performed.

"The winning projects, awarded with prizes, were able to demonstrate creativity and ability to communicate effectively and with originality the advantages of adopting renewable energy sources for Jamaicans," the organisation said.

The winning projects each received a trophy, Bresheh backpack and cash prize sponsored by the Caribbean Climate Innovation Center.

The team entry of Amy Hussey (age 17), Adrienne Lee and Eva Wynter (age 15) of the American International School of Kingston took home the second-placed prize of J$40,000 (US$300). Meanwhile, the third placed prize of J$17,500 (US$130) went to 19-year-old Phillip Llewellyn from Trench Town in St Andrew.

Other runners up each received J$12,500 (US$95) and a certificate of commendation. This was awarded to Timoy Chambers, 14, of Westmoreland; Jarda Nelson, 19, of UWI and Portmore; and Shenelle Mclaughlin, 20, of Portmore.

Awards were presented by the Prime Minister Andrew Holness during a ceremony at the Office of the Prime Minister of Jamaica, which has recently commissioned its high-efficiency, state-of-the-art solar PV array. The solar installation demonstrates Jamaica's commitment to a 50 per cent renewable energy transition for electricity generation by 2030.

Major sponsors for the event were the Caribbean Climate Innovation Center, Public Services International, the Jamaica Association of Local Government Officers. Additional support was received from Bresheh, RECAM, and the Florida Intercultural Academy. Youth groups partners included the Caribbean Youth Environment Network and the Commonwealth Youth Council. Solar Head of State has run a first-of-its-kind community solar competition as part of the broader effort to empower young people with the necessary tools to become tomorrow's leaders.