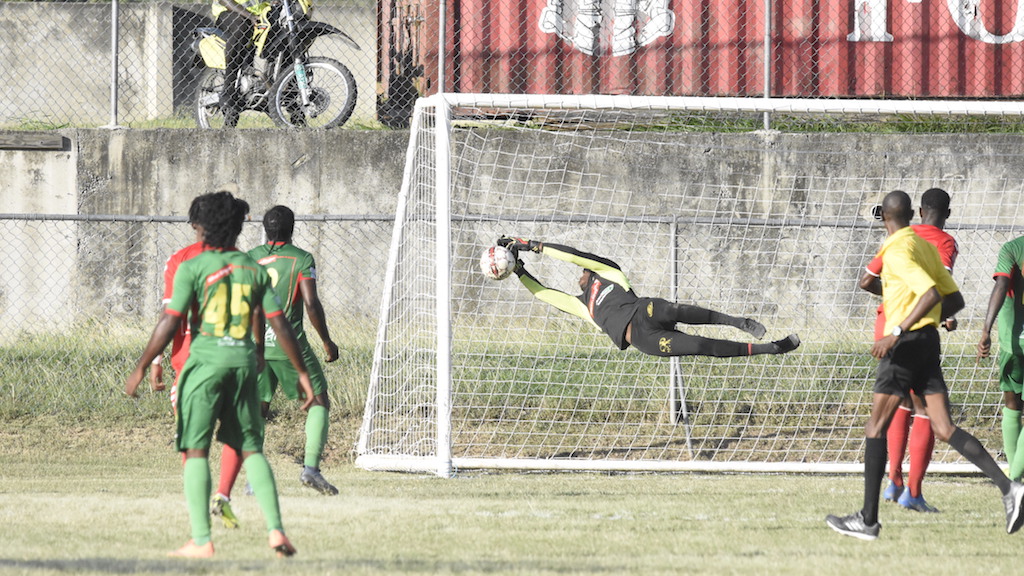 UWI defeated Humble Lion 2-1 at the Mona Bowl on Sunday to move to 36 points and strengthen their position in the Red Stripe Premier League (RSPL).

The win temporarily moved UWI from sixth to fourth place in the league after Sunday's four early matches, with Waterhouse and Mount Pleasant Football Academy playing to a 0-0 draw on Sunday night to change that standing for UWI.

UWI had jumped ahead of Mount Pleasant and Arnett Gardens, who were both on 34 points, but Mount Pleasant replied with an additional point. This is while Arnett will play in Monday night's televised match.

In the first half of the Mona Bowl encounter, Humble Lion kicking towards the Usain Bolt Stadium, failed to make use of the assistance from the wind, although they eventually managed to take the lead.

Humble Lion were actually gifted the goal, when UWI's central defender, Kareem Manning, swept away the feet of Chistian inside the area, despite the latter being in a position taking him away from goal.

Christian got up to score from the spot, putting the ball directly at the spot that goalkeeper Amal Knight stood before the custodian dived to his right.

Likewise, UWI were also gifted their equaliser minutes later, with Humble Lion's goalkeeper Jovell Plunkett's intended up-field clearance falling graciously for UWI, and ended with Smith firing into the goal with assistance from the wind in holding up the ball in the air.

With UWI having the wind advantage in the second half, they took control of the match and caused some concerns in the Humble Lion defence.

They went close to scoring in the latter stages of the half, with Akeem Thenstead forcing goalkeeper Plunkett to dive low at the foot of the left post to prevent UWI from taking the lead. Plunkett injured himself on the goalpost in the effort.

Shortly after, however, UWI got the winning goal when Linval Lewis took away the feet of Stephen Barnett from behind, inside the area, which allowed McCarthy to score from the spot.