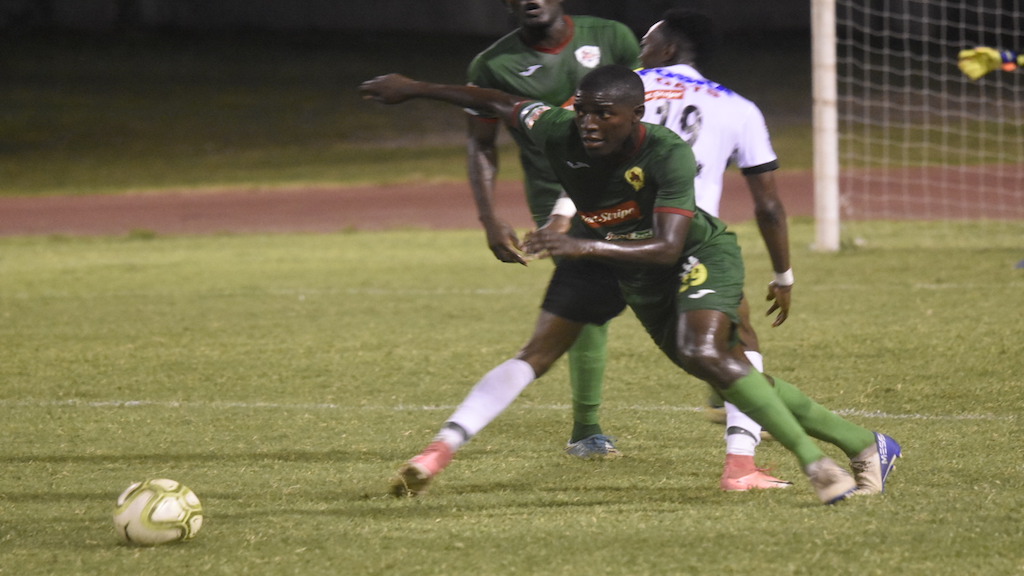 UWI defeated Humble Lion 1-0 at UWI Bowl on Sunday to win their second straight match and continue their revival in the Red Stripe Premier League (RSPL).

A goal in the 55th minutes from Patrick Brown was the winner for UWI that carried them to 23 points and moved them two places up the points standing into sixth position, ahead of Humble Lion and Tivoli Gardens.

Tivoli Gardens, in the only other early match on Sunday, drew 1-1 with Mount Pleasant United at Drax Hall, to move to 22 points, with Humble Lion staying on 20 points.

At UWI Bowl, with both teams failing to excite the crowd in a first half without much goalmouth action, Brown scored a stunner early in the second stanza with a dipping shot from the edge of the 18-yard box that gave goalkeeper Keniel Petrie no chance.

The goal came from a turnover by Humble Lion that controlled the action for most parts of the match, but were not penetrative in the final third of the field, which allowed UWI to remain competitive.

After the goal, however, UWI made a brief surged forward with a little more confidence, but then Humble Lion took control of the action again, as UWI sat back to protect the advantage they had.

It was the second victory for UWI in the week, as they had defeated former champions Arnett Gardens 3-1 also at UWI Bowl on Thursday, which had stopped a five-game losing streak after they had started the season positively to lead at one stage.

The string of losses had them plummeting to eighth in the league, and their victory and the draw by Tivoli mean that they have moved once again to be among the six teams that will are vying for the playoff for the trophy after the three-round preliminary stage.

Meanwhile, at Drax Hall, Sue-Lae McCalla gave Mount Pleasnt United a 61st minute lead, which was cancelled by substitute Jermaine ‘Teddy’ Johnson from the penalty spot in the 80th minute.

Mount Pleasant moved to 27 points, the same as Cavalier, who were scheduled to play in one of three late matches on Sunday.