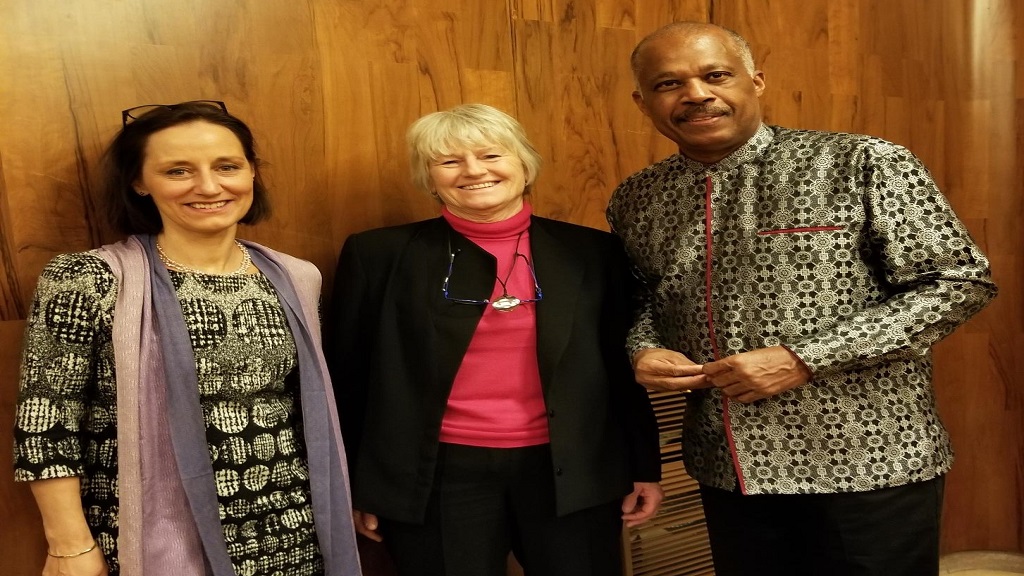 The International Association of Universities (IAU) has selected the University of the West Indies (UWI) as its global leader in the mobilisation of research and advocacy for the achievement of a climate-smart world.

The IAU designated The UWI in recognition of the University’s decades of world-class research on climate change and sustainable development.

At its meeting at UNESCO’s Headquarters in Paris, France last month, the IAU received a report from Vice-Chancellor of The UWI, Professor Sir Hilary Beckles, in which he commented on the honour and recognition bestowed on UWI.

He recognised that The UWI was selected from a field of very distinguished universities across the world that have established a track record of research around the United Nations Sustainable Development Goal (SDG) 13: Climate Action.

Vice-Chancellor Beckles informed the gathering in Paris of some 30 university leaders and IAU officials that The UWI had already selected a global cluster of universities from Europe, Africa, Asia, the Americas and Oceania to assist in the task of achieving SDG 13. The president of IAU,

Pam Fredman, noted that 16 global universities have been selected to lead on 17 of the SDGs.

In his address, Vice-Chancellor Beckles stated, “The UWI’s scientists recognised decades ago that climate change, rising sea levels and ocean temperatures, were an existential threat to the Caribbean, small island states, and the world, and to this end provided a body of scientific knowledge to prove and promote the case.” He noted further, “The UWI is therefore satisfied that world leaders and their policy advisors have come to see the truth of its research and rightness of its advocacy.”

He commended all members of The UWI’s Climate Change Research Cluster currently led by Professors John Agard, Michael Taylor and David Smith, and coordinated by his advisor, Mr. Jeremy Collymore, Honorary Research Fellow at the Institute for Sustainable Development, and Resilience Consultant to the Office of the Vice-Chancellor for the global impact of their research and teaching.

The UWI’s commitment to supporting the Caribbean region in the development of a culture of resilience and resilience planning as part of its Triple A Strategic Plan 2017-2022 is evidenced through a number of initiatives with global impact. In August 2018, The UWI, led by its Director for Development, Dr Stacy Kennedy, was selected by the Inter-American Development Bank (IDB), the World Bank, and Virgin Unite to host the launch of the Caribbean Climate-Smart Accelerator, a ground-breaking initiative to support the Caribbean becoming the world’s first ‘climate-smart zone’.

In its climate advocacy, Professor Michael Taylor, Dean of the Faculty of Science and Technology at The UWI Mona Campus was one of the coordinating, lead authors of the IPCC 1.5 Report released by the UN’s Intergovernmental Panel on Climate Change (IPCC) in October 2018. The report is the latest in a series from the IPCC assessing scientific, technical, and socio-economic information regarding climate change. It reveals that the planet could reach 1.5°C above pre-industrial levels by as early as 2030, with particularly severe impacts for the Small Island States (SIDS) in the Caribbean region.

Now widely referred to as ‘1.5 to Stay Alive’, the Caribbean push for this global warming target was in part informed by UWI Climate Studies research and modelling and has sparked a global campaign calling on world leaders to limit global warming to 1.5 degrees in order to prevent the catastrophic effects of climate change.

Jamaica among small states most vulnerable to climate change - Moody's