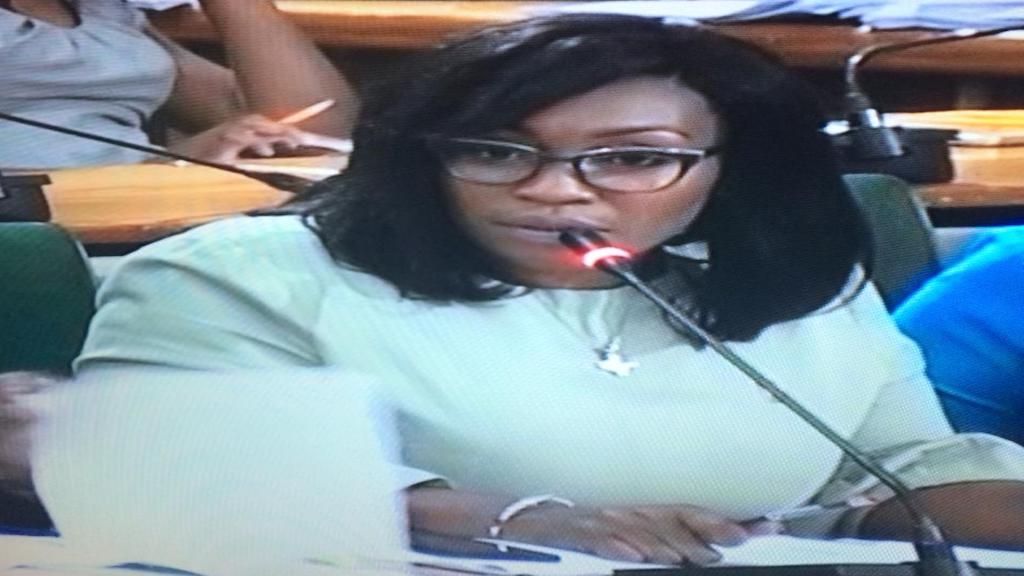 At the time Buchanan was employed to the USF, the job requirement was a master’s degree or equivalent which Buchanan did not possess. That among other issues led the parliamentary Opposition to cite nepotism and cronyism in the employment practices of the Andrew Holness-led administration.

The controversy around Buchanan is not going away despite her forced resignation from the USF in August for having shown poor judgement in employing her daughter at the entity, in contravention of the relevant Government guidelines.

On Wednesday, PAAC Chairman, Dr Wykeham McNeill, read a synopsis of 24 applications from persons who were eminently more qualified for the position than Buchanan, yet they were never shortlisted for the CEO position.

The applications had the names of applicants and the institutions where they studied redacted to protect their privacy. However, McNeil read out the qualifications of about five. Before doing so he stressed that “It has nothing to do with the former CEO who was separated from the company…but this has to do with the Board that manages the day-to-day operations of this important entity.”

By contrast, when she appeared before the PAAC in September, Buchanan, who stoutly defended her stewardship at the state-run entity, acknowledged that she was not qualified on paper for the job. Rather, she pointed to her 20 years work experience across the public and private sectors as making her suited for the role.

She told the committee that, while the advertisement for the job stated that a master’s degree or suitable work experience was required, she did not have a master’s.

But neither did Buchanan have a bachelor’s degree.

She indicated then that when she applied for the job, she had a certificate in business administration from Canning College in Western Australia, and a certificate in communications from the Caribbean School of Media and Communication (CARIMAC) at the University of the West Indies.

She said she enrolled in a master’s programme after getting the job as CEO at USF. That programme is scheduled to end next June.

On Wednesday, McNeill said: “The question that we must ask is, the Board would have gone through these, and the advertisement as we have heard was for someone with a master’s degree and, or, equivalent experience. This is the company that has been charged with the roll out of our information technology infrastructure across the island, the USF.

“How does this board select somebody for shortlisting with all of these 24 persons but they select somebody who has no master’s, no bachelor’s. However (the person) has a certificate, has 14 years’ experience as a councillor in the Spanish Town municipal council and four years (as CEO) at Caymanas Track Limited. How do you shortlist that over all of this …” McNeill asked rhetorically.