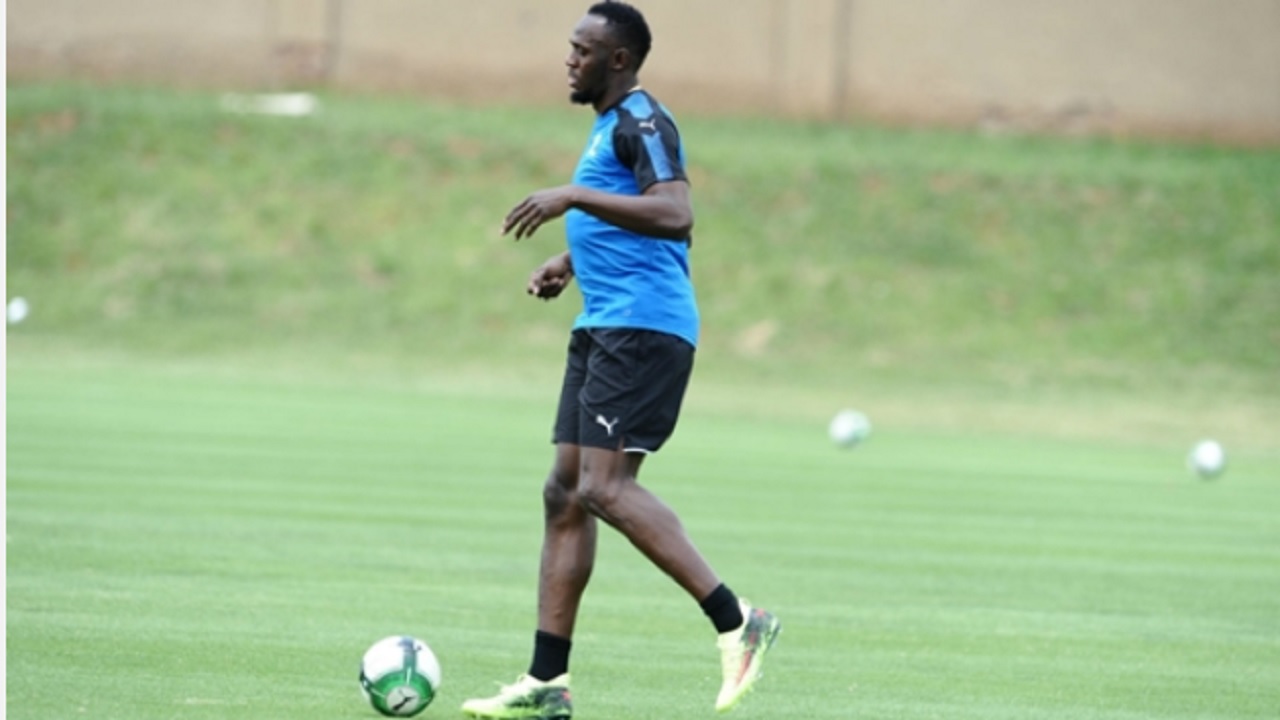 Sprint legend Usain Bolt has announced he is to take part in Unicef's Soccer Aid charity match in June, apparently laying to rest reports he was set to sign for Mamelodi Sundowns.

The eight-time Olympic champion teased fans on social media with a video on Sunday in which he claimed to have signed for a football team, causing speculation to go into overdrive.

Bolt, 31, has often spoken of his love for football, previously calling himself a supporter of Manchester United and Real Madrid, while he also claimed in January that he will have a trial with Borussia Dortmund in March.

A tweet posted by South African club Sundowns on Monday hinted Bolt was primed to transfer his sprinting talents to professional football for them, uploading a photo of Bolt in their training gear with the caption "football will never be the same".

However, Bolt's announcement revealed he will actually be appearing alongside singer Robbie Williams in a charity football match at Old Trafford on June 10.

Bolt has "work to do" to realise football dream - Sundowns striker