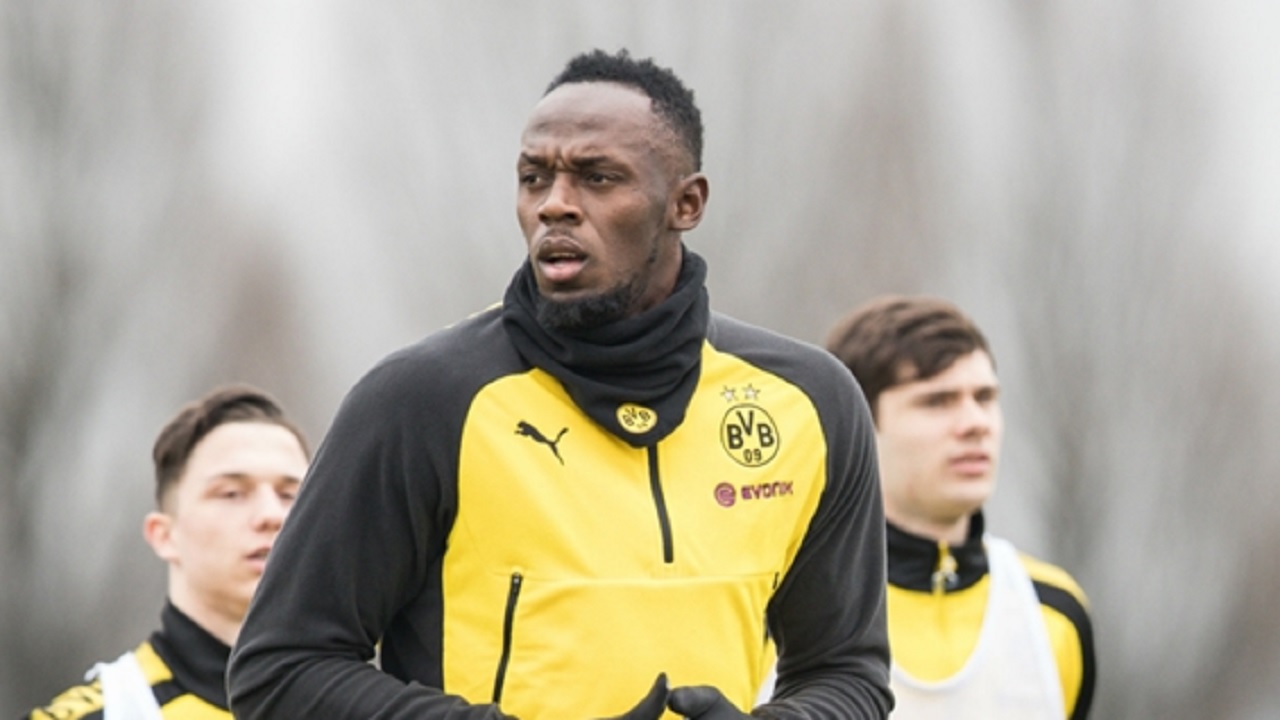 Usain Bolt believes his performance during two days' training with Borussia Dortmund was enough to earn him another chance to impress.

Forging a football career has long been sprinting superstar Bolt's ambition after hanging up his running spikes, with Dortmund the first club to offer him a chance to show his skills.

The Jamaican completed two sessions with Dortmund over Thursday and Friday, the latter in front of the world's media and 1,400 supporters.

Bolt did not look out of place at BVB's Strobelallee Training Centre, completing all the exercises with the members of Peter Stoger's squad not away on international duty.

A nutmeg on Dario Scuderi brought the biggest cheer of the day, closely followed by a neat header from a lofted throughball.

The 31-year-old also coolly slotted home a penalty in the shootout that brought the session to an end, leaving the Dortmund officials impressed.

"I've talked to the club and I told them that I'm really serious about this," Bolt told BVB.total.

"So they said I should come back for a longer period, do some more training and then they can assess me and tell me what level I can play at.

"So I'm looking forward to that and that's my focus right now."

Bolt has not ruled out a permanent deal with the Bundesliga giants at some point in the future.

"I think overall I will give myself probably a seven out of 10," he told Bundesliga.com. "I think I was okay. I did well, it just takes practice now. To put in more work and get fit.

"I wanted to play my best. I wanted to move and give the guys options and I tried my best. I'm really trying to make it professionally, so I have to play at a high level.

"I'd like to continue training with them, getting more experience, getting better and hopefully signing. You never know."

Bolt a fan of Ronaldo, but compares his talent to Messi's