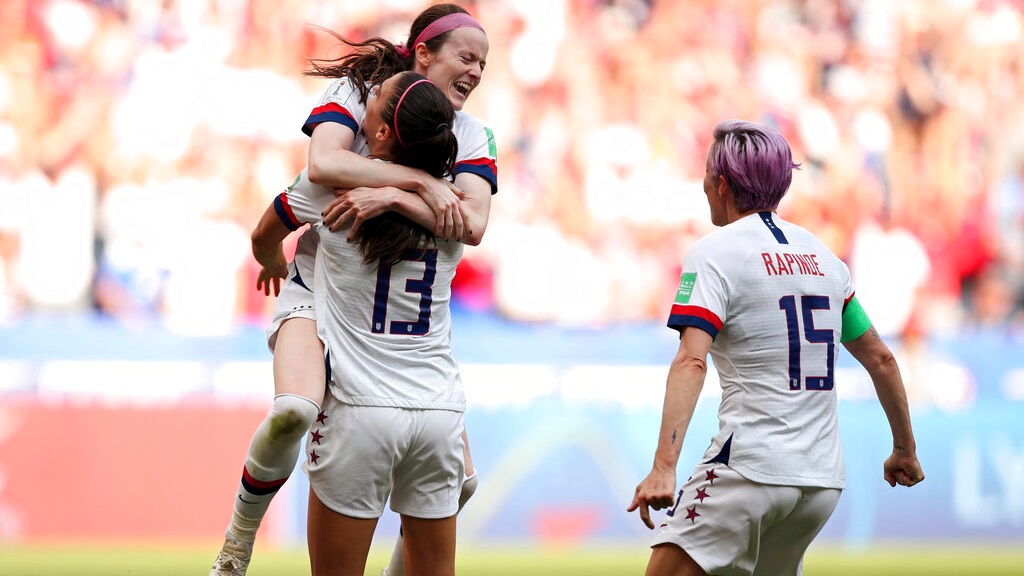 The United States of America (USA) won the Women’s World Cup on Sunday after defeating the Netherlands 2-0 in the final in Lyon, France.

Megan Rapinoe’s penalty in the 61st minute, and Rose Lavelle with a brilliant individual strike eight minutes later, provided the victory for the USA, after the first half ended goalless.

It was the fourth time in the eight editions of the competition that the USA have won the tournament, following successes in the inaugural tournament in 1991, in 1999 and 2015.

It was also the second time that a country was winning the event two consecutive times, as Germany won the 2003 and 2007 editions. The other countries that have won the quadrennial month-long tournament are Norway and Japan in 1995 and 2011, respectively.

On Sunday, the USA failed to make use of several opportunities to score, as the Netherlands were able to keep the score clean going into the break.

However, Rapinoe scored her 50th international goal when Alex Morgan was tackled inside the area and Video Assistant Referee (VAR) confirmed the foul.

Lavelle’s magically dribble from about the half line, ended up in the back of the net after she cut inside the area and fired brilliantly with her left foot.

The Dutch didn’t offer much resistance to the Americans, who could have won the game by a wider margin had they converted the simple opportunities that they created.