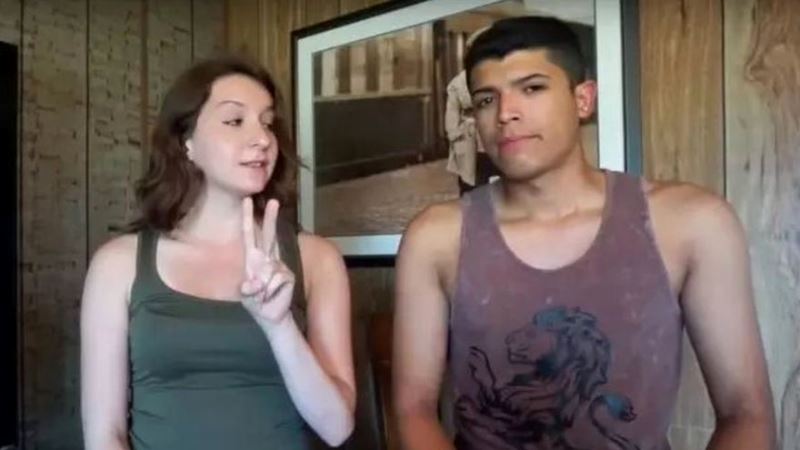 A Minnesota woman charged in the fatal shooting of her boyfriend told authorities it was a video stunt gone wrong.

Monalisa Perez, of Halstad, was charged Wednesday with second-degree manslaughter in the death of Pedro Ruiz III.

According to a criminal complaint, the 19-year-old Perez told authorities Ruiz wanted to make a YouTube video of her shooting a bullet into a book he was holding against his chest.

"Me and Pedro are probably going to shoot one of the most dangerous videos ever. HIS idea not MINE," Perez tweeted Monday night.

She says she fired from about a foot (0.3 meters) away with a .50-caliber Desert Eagle handgun.

Authorities say Ruiz died from a single gunshot wound to the chest.

The victim's aunt, Claudia Ruiz, tells WDAY-TV that the couple played pranks and put them on YouTube.

The couple had one child and were expecting their second together, his aunt told the news station.

Perez was granted a public defender and released on $7,000 bail.

The charge carries a maximum penalty of 10 years in prison.