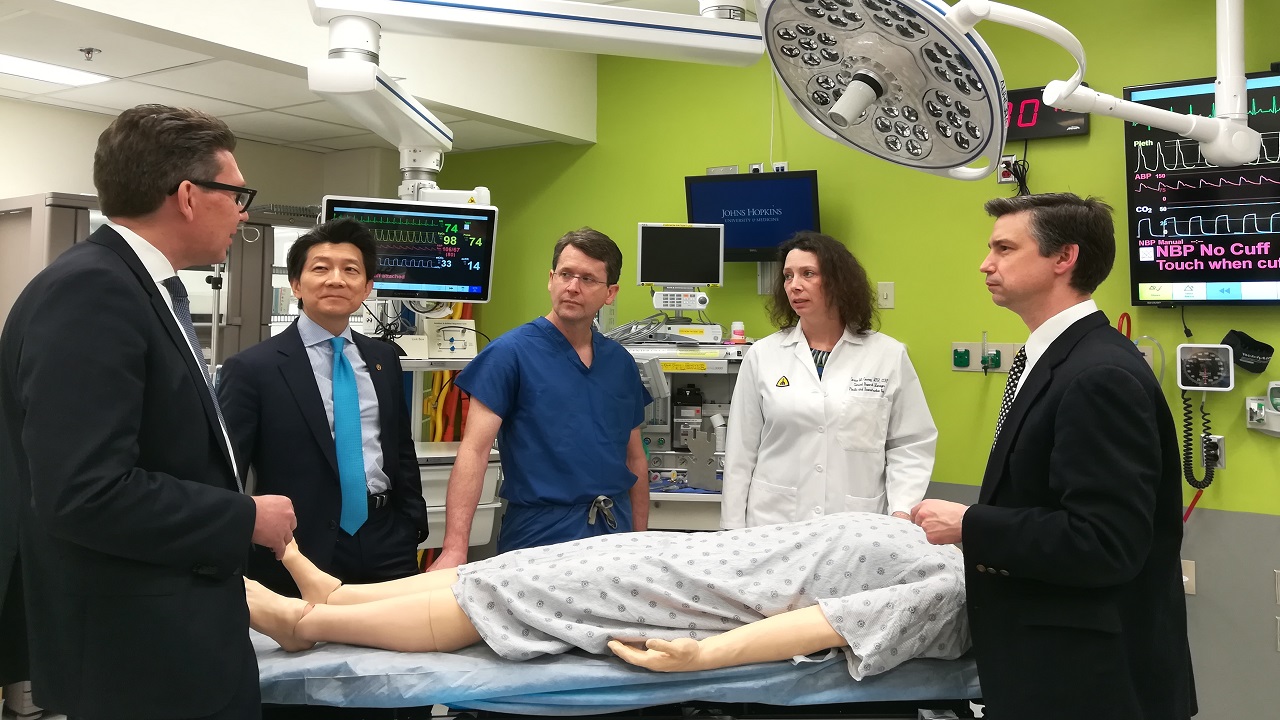 A veteran who lost his genitals from a blast in Afghanistan has received the world's most extensive penis transplant. Doctors said on Monday he was recovering well and expected to leave the hospital this week.

Saying they wanted to address "an unspoken injury of war", Johns Hopkins University surgeons rebuilt the man's entire pelvic region - transplanting a penis, scrotum and part of the abdominal wall from a deceased donor - in a highly experimental 14-hour operation last month.

Such transplants "can help those warriors with missing genitalia just as hand and arm transplant transformed the lives of amputees", Dr WP Andrew Lee, Hopkins' chairman of plastic and reconstructive surgery, told reporters on Monday.

The patient, who asked to remain anonymous, is expected to recover urinary and, eventually, sexual function.

The scrotum transplant did not include the donor's testicles, meaning reproduction won't be possible. "We just felt there were too many unanswered ethical questions" with that extra step, said Hopkins' Dr Damon Cooney.

Three other successful penis transplants have been reported, two in South Africa and one in 2016 at Massachusetts General Hospital. Those transplants involved only the penis, not extensive surrounding tissue that made this transplant much more complex.

The loss of a penis, whether from cancer, accident or war injury, is emotionally traumatic, affecting urination, sexual intimacy and the ability to conceive a child. Many patients suffer in silence because of the stigma their injuries sometimes carry.

Doctors sometimes reconstruct the form of a penis from a patient's own skin, usually to treat congenital abnormalities or during transgender surgery. That requires using implants to achieve erection.

For a functional penis transplant, surgeons must connect tiny nerves and blood vessels. Candidates face some serious risks, including rejection of the tissue and side effects from anti-rejection drugs that must be taken for life.

But penis transplants have generated intense interest among veterans from Iraq and Afghanistan, and a few years ago Hopkins surgeons began planning and rehearsing how to perform such a complex operation in patients with widespread tissue damage.

The US Department of Defense Trauma Registry has recorded 1,367 male service members who survived with genitourinary injuries between 2001 and 2013. It's not clear how many victims lost all or part of the penis.

In a statement from Hopkins, the patient was quoted as saying: "When I first woke up, I felt finally more normal."