US stocks start 2018 with gains as technology leads again 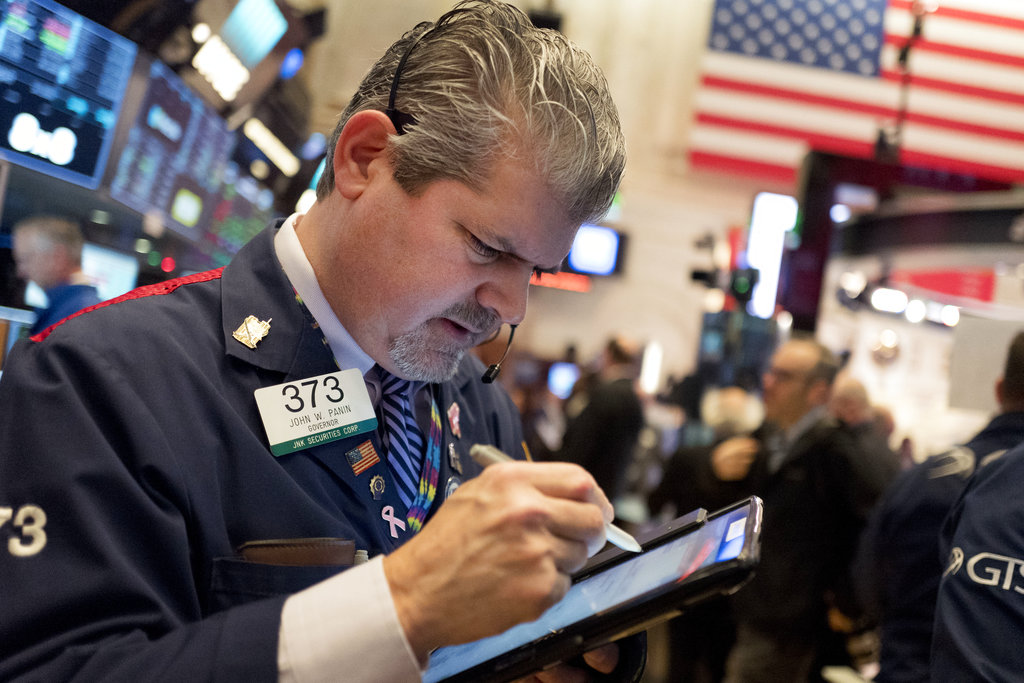 U.S. stocks are starting the new year higher thanks in part to gains in technology and health care companies, some of the market's biggest winners from 2017. Retailers are also up. Natural gas prices are rising as cold weather continues to grip much of the U.S. Bond yields are higher. Asian stocks climbed following strong economic data from China.

CAN THEY DO IT AGAIN: Facebook rose $4.20, or 2.4 percent, to $180.70 and graphics chipmaker Nvidia advanced $4.46, or 2.2 percent, to $197.96 as technology companies climbed further. The technology index of the S&P 500 surged almost 37 percent last year as big names including Facebook, Apple and Microsoft reached all-time highs. The Nasdaq climbed 28 percent.

The Federal Reserve expects to keep raising interest rates this year. If so, it will do it under new leadership, as Fed governor Jerome Powell will replace Chair Janet Yellen in February.

FORCE-FUL PERFORMANCE: On the last day of the year, "Star Wars: The Last Jedi" surpassed "Beauty and the Beast" as the top grossing film in North America in 2017. Its gross will reach $1 billion in the next few days even before the movie opens in China. Both "The Last Jedi" and the live-action "Beauty and the Beast" were made by Disney, which rose $2.89, or 2.7 percent, to $110.40.

NEW YEARS' RESOLUTION: Weight Watchers International climbed after it struck a deal with producer and recording artist DJ Khaled, who will represent the brand to millions of follows on Snapchat, Twitter, Instagram and Facebook. Weight Watchers got a big boost a few years ago from a deal with Oprah Winfrey that also included a substantial investment in the company. Its stock added $2.11, or 4.8 percent, to $46.39.

ENERGY: Benchmark U.S. crude rose 58 cents to $60.42 a barrel in New York. Brent crude, used to price international oils, rose 71 cents to $66.87 barrel in London. A rally late in the year sent crude oil to its highest price since June 2015.

CURRENCY: The dollar fell to 112.11 yen from 112.64 yen. The euro rose to $1.2048 from $1.2012. The dollar declined steadily in 2017 and the ICE U.S. dollar index slumped 10 percent, its biggest decline since 2003. The improved global economy was responsible for much of that decline, however, and the weaker dollar makes U.S. exports less expensive in other markets.

Asian markets mostly did better. A survey by Chinese business magazine Caixin found manufacturing grew in December at the fastest rate in four months. In India, a survey showed manufacturing hit a five-year high in December. The Hang Seng in Hong Kong gained 2 percent to and Seoul's Kospi gained 0.5 percent. Markets in Japan were closed for a holiday.

What can the global oil market expect from 2018?