US secret memo: What’s the row about? 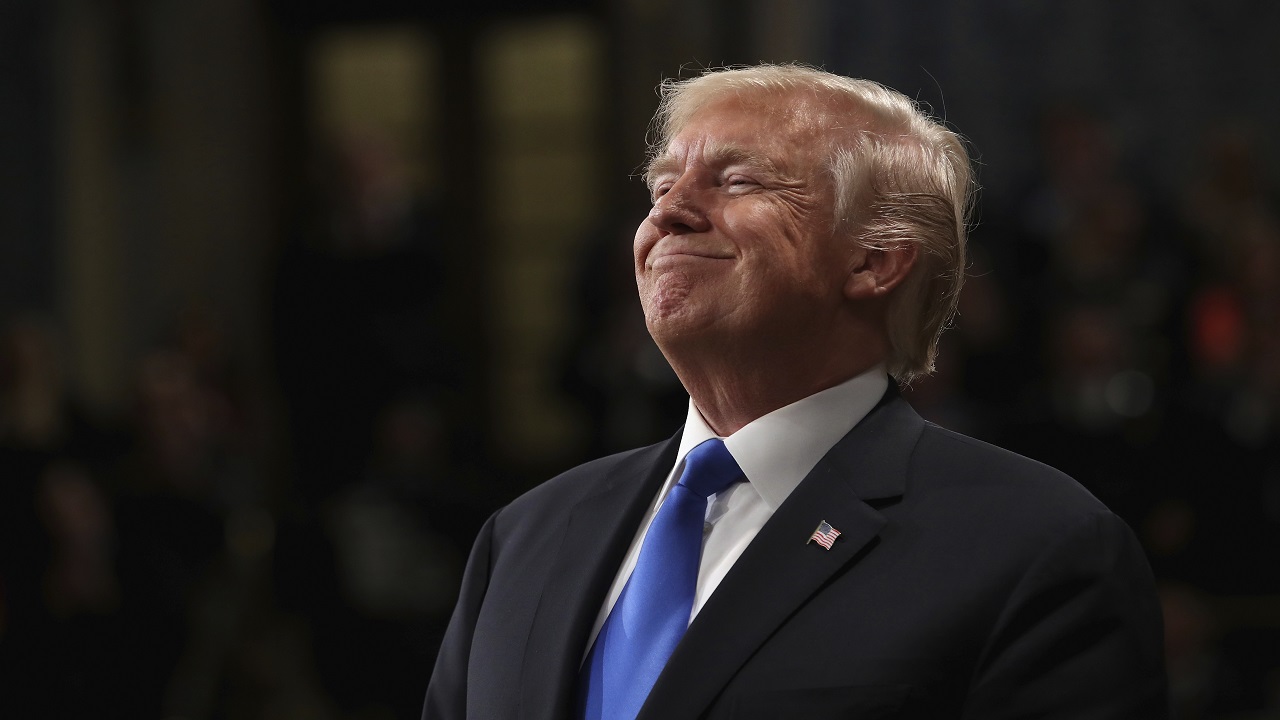 (Image: AP: Donald Trump smiles during the State of the Union address on 30 January 2018)

Republican lawmakers in the US have voted to release a controversial memo that, media reports say, accuses the FBI of misconduct in its investigation into the Trump campaign’s links with Russia. Now, despite strong opposition from the Democrats, all it needs is sign-off from the president to be made public. Here’s Loop’s quick guide.

What’s the memo about?

The memo was written by Devin Nunes, a Trump ally and chairman of the House Intelligence Committee, and his staffers. It is said to allege that officials in the FBI and Justice Department abused surveillance powers to spy on a member of Trump’s campaign team. It reportedly says they did so based on unproven claims made against Trump in the controversial “Steele dossier” about Trump’s alleged links with Russia, which was partly financed by Hillary Clinton’s campaign. Nunes accuses officials of using unverified information to fuel a politically-motivated probe.

Why don’t Democrats want it released?

The Democrats say the memo is full of “cherry-picked” information. Adam Schiff, the top Democrat on the House Intelligence Committee, called it “rife with factual inaccuracies” and said it was meant only to give “a distorted view of the FBI”. Ultimately, Democrats allege, the memo is a response to Robert Mueller’s rapidly-moving investigation into Donald Trump’s ties with Russia and, says Schiff, is aimed at “furthering a conspiracy theory” that senior FBI and Justice Department officials are biased against Trump.

What does the FBI say?

The FBI says it takes its responsibilities under surveillance laws seriously and, in an unusually strong statement on Wednesday, said it had “grave concerns about material omissions of fact that fundamentally impact the memo’s accuracy”.

How unusual is this?

The vote to release the memo was unprecedented in the committee's history, the Associated Press reports. The panel usually goes out of its way to protect classified information in the interest of shielding intelligence sources and methods, it says. Deputy Attorney General Rod Rosenstein and FBI Director Christopher Wray (who was appointed by Trump after he fired previous director James Comey) reportedly warned the White House that releasing the memo could set a dangerous precedent.

So what happens next?

The Republican-dominated House Intelligence Committee voted to release the memo on Monday. Trump now has five days to review it and, if he doesn’t object, the committee can release it. He has indicated he supports releasing the memo. However, one possible hold-up is that Schiff says the memo has been changed since the committee voted to release it. A spokesman for Nunes reportedly said the changes were minor.