US school board member under fire for 'blackface' photo 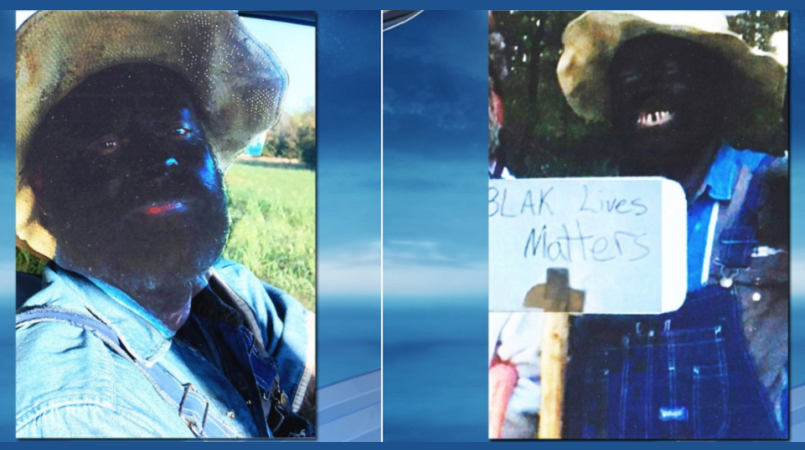 An Arkansas school board member is being slammed for photos he shared showing him in ‘blackface’ with a sign saying ‘Blak lives matter’ (sic).

According to KATV, the photos were taken for a Halloween party in October and shows school board member of the Blevins School District, Ted Bonner, wearing denim coveralls with his face painted black bearing the sign, which seemed to have been deliberately misspelled.

Many in the town of Blevins are now calling for Bonner to resign, however Kristin Garner, Staff Attorney with the Arkansas School Boards Association, says the Association does not have that power.

“A superintendent doesn't have any power to address a problem on the part of an individual board member. Board members are collectively the boss of the superintendent," she said.

According to Superintendent Billy Lee, Bonner has 2 more years left in his term. The Arkansas School Boards Association say when Bonner’s term is up, voters will have a chance to decide his future with the district.

“With respect to the voters, they are the people with whom the power actually lies but their option is to only wait until the individual in question comes up for reelection and they can make a choice at the ballot box,” said Garner.

“I am aware of the incident that has occurred and find it very upsetting and distasteful. That action does not represent the values of the Blevins School District, the school board, or our community.”

“The issue was addressed at Monday nights’ board meeting along with a sincere apology from the individual board member for the thoughtless act.”

Superintendent Lee says Bonner has apologised for his choice to wear blackface.

On Monday, Lee also issued a statement that says in part: “please rest assured that if it comes to my attention that any staff member has behaved in a way inconsistent with this district's values and policy of anti-discrimination, a swift investigation and response will be forthcoming.”