US report finds shortfalls in airstrike near Aleppo mosque 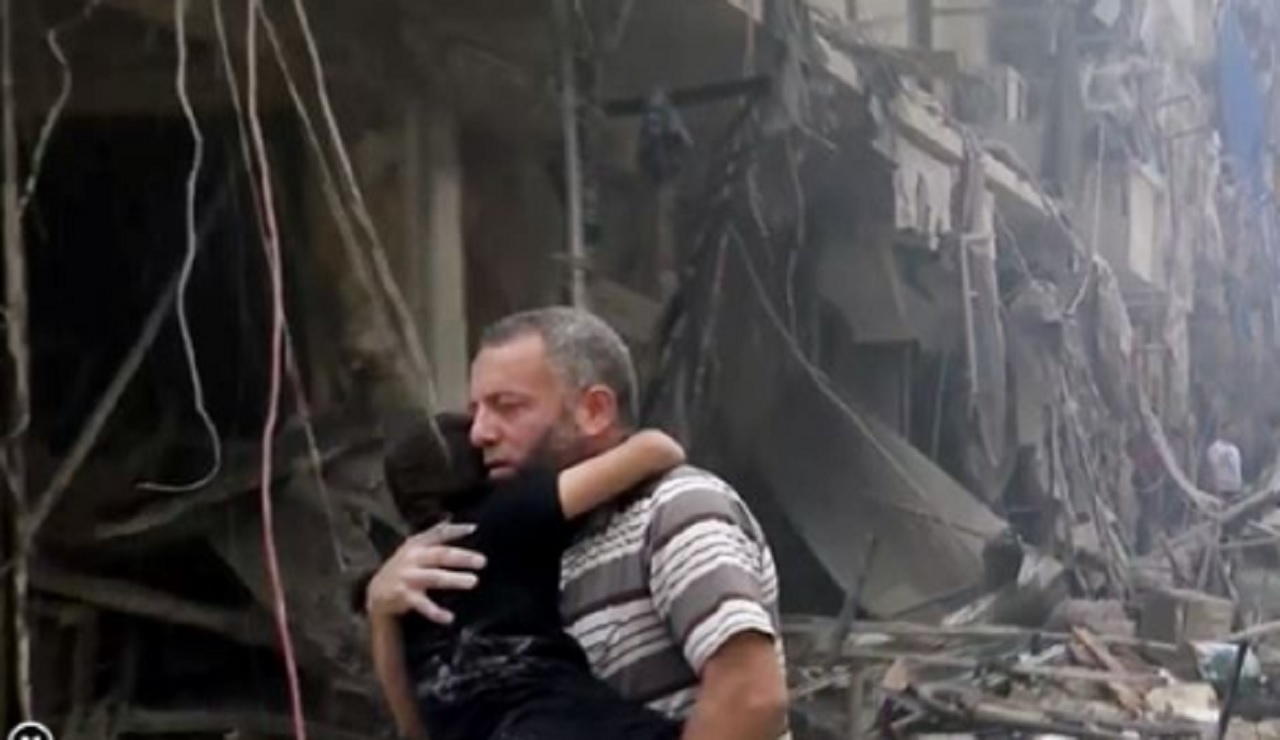 In this image made from video and posted online, a man carries a child after airstrikes hit Aleppo, Syria, Thursday, April 28, 2016.

An American airstrike on a March meeting of al-Qaida leaders in Syria was legal and appropriate, but there were a number of shortfalls in the military’s targeting process that failed to note that damaged and destroyed buildings were associated with an adjacent mosque, according to a U.S. investigation into the incident.

The probe also concluded there may have been one civilian casualty in the attack that also killed about two dozen al-Qaida members.

Army Brig. Gen. Paul Bontrager, who led the investigation, said Wednesday that members of the military’s targeting staff were aware that there was a small mosque next door to the building where the meeting occurred, and also some suspected that the meeting place and the adjacent building were likely part of the religious compound.

He said the special operations task force in charge of the strike never added the small mosque to a list of protected buildings that should not be hit. And he said information about the religious nature of all the buildings wasn’t properly communicated to the commander who gave final approval for the airstrike.

Religious buildings, schools and similar places are protected, and the U.S. military must get higher-level approvals to bomb them if commanders believe they are being used for military or enemy purposes. In this strike, Bontrager said, commanders did not get the higher level approval.

Syrian opposition activists have said a number of civilians were killed in the strike. At the time, the Britain-based Syrian Observatory for Human Rights said the airstrike was a “massacre” that killed 46 and most were civilians, while the Local Coordination Committees, another monitoring group, said 40 were killed.

Bontrager, who also is the deputy director for operations for U.S. Central Command, disputed that, saying the intelligence gathered before, during and after the strike concluded with a “high level of confidence” that it was al-Qaida regional leaders in the building. And, he said that despite the religious affiliation of the building, the airstrike was appropriate because it was being used as a meeting place by al-Qaida. He said the investigation found there was “zero credible evidence” to contradict that it was an al-Qaida meeting.

In a statement, Human Rights Watch said the destroyed building was also being used as a mosque, and that there was “no evidence” that it was a meeting place for members of al-Qaida.

“It is hard to understand how the Pentagon can determine with such confidence who was and who wasn’t killed in the attack when those conducting the investigation did not actually speak with anyone present at the time of the attack — or even anyone who might have been there right after,” said Sarah Margon, Washington director of the human Rights Watch.

Botrager said the military was not able to visit the site or speak to anyone at the scene, but gather intelligence from other sources. Human Rights Watch said it interviewed people with first-hand knowledge of the attack, including some who were present at the mosque at the time and journalists who arrived shortly afterward.

According to Botrager, the investigation revealed a number of “things we could do better” although it found no negligence by the staff and recommended no reprimands. But he said it determined that staff assigned to challenge and debate the airstrikes should have raised more questions about the nature of the buildings.

The Pentagon has released a photo showing that while the building where al-Qaida members were meeting was completely destroyed, the small mosque and the other adjacent building received only minor damage.

7 killed in airstrikes on Syrian capital