US pro-lifers tour children's homes to highlight 'sanctity of life' 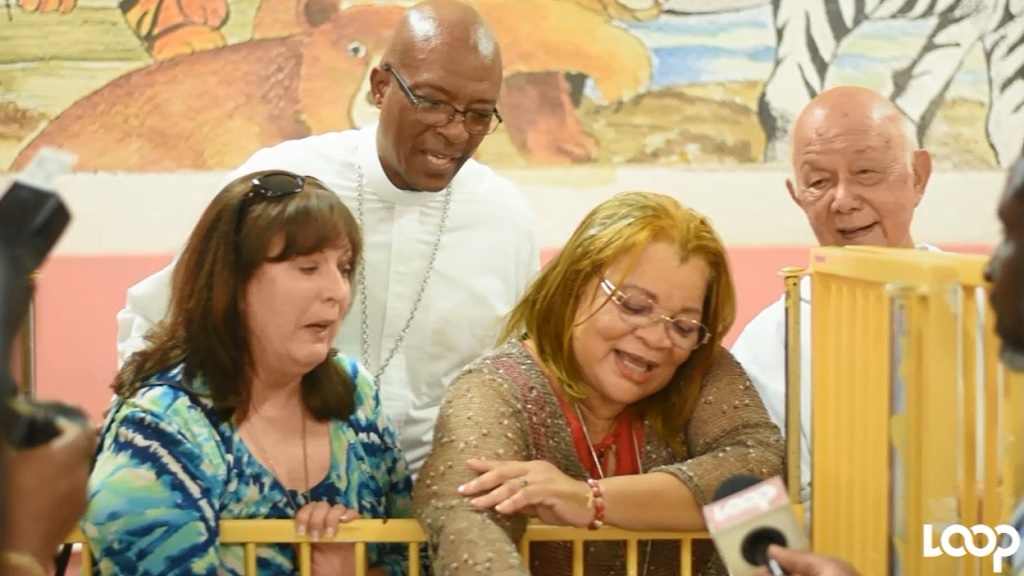 Dr Alveda King led a group of US-based pro-life campaigners on a tour of facilities operated by Missionaries of the Poor.

American pro-life campaigner Dr Alveda King led a tour of facilities operated by Missionaries Of The Poor in, Kingston on Wednesday as part of activities aimed at highlighting the sanctity of life.

King, who was guided along the tour by Father Richard Ho Lung, founder of Missionaries Of The Poor also visited The Lord's Place, Bethlehem Home, Jacob's Well and Holy Innocent homes.

King is on the island to help sensitise locals on strategies to bring about increased public awareness around anti-abortion.

She will address a group of 50 leaders from various umbrella groups of churches in Jamaica, who support the pro-life movement, are to meet at a special breakfast meeting event on Friday, May 24 at The Jamaica Pegasus.

During the tour on Wednesday, King was joined by movie producer Michael Manhardt and another pro-life campaigner Janet Morana.

Manhardt is the producer of the hit movie 'Unplanned' and Morana is the executive director of Priests For Life and co-founder of the Silent No More Awareness Campaign, which is the world's largest mobilisation of people who have lost children to abortion.

During the tour, the visitors interacted and sang to children, men and women who have a variety of developmental challenges and lives at the various facilities.

Along with Missionaries Of The Poor, the tour was organised by Jamaica CAUSE and Christians United for Life in their efforts to show that all lives are sacred and must be cherished, despite the circumstances.