US OPEN: Evgeniya over Eugenie; Bouchard out 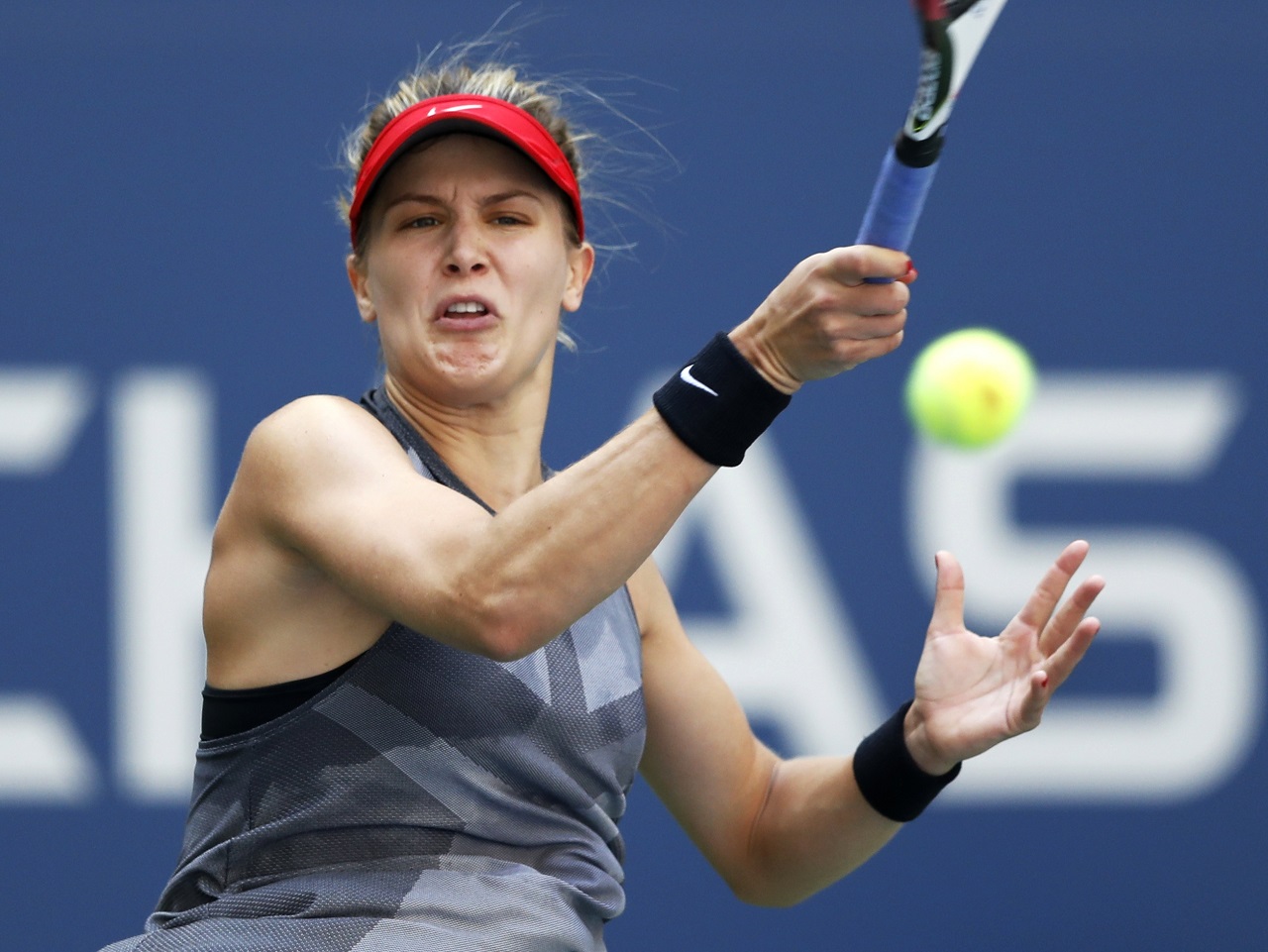 Eugenie Bouchard, of Canada, returns a shot from Evgeniya Rodina, of Russia, during the first round of the U.S. Open tennis tournament, Wednesday, Aug. 30, 2017, in New York.

The Latest on the U.S. Open, the last Grand Slam tournament of the year (all times local):

They had been scheduled to play on the Grandstand on Tuesday, but the match never started before play was suspended by rain. It was moved to the main stadium as officials try to fit in two days' worth of matches Wednesday.

Bouchard could only shake her head in the second set as she sprayed shots all over the court en route to 46 unforced errors in the first meeting between the players.

Federer served for the match at 5-3 in the fifth set, but Tiafoe fought off a match point and then broke the No. 3 seed's serve. Federer finally wrapped up the victory in the next game, but Martin Blackman, general manager of player development, said that showed how comfortable Tiafoe is on the big stage.

Blackman says that "you don't break Roger Federer 5-3 in the fifth unless you really believe that you can win that match, and that's something you can't teach."

Thiem had won the first two sets and the opening game of the third on Tuesday before their match was halted by rain.

Time to play catch-up at the U.S. Open.

There were 87 singles matches scheduled for Wednesday after rain wiped out nearly all of the day's play on Tuesday. Maria Sharapova and Venus Williams were among the players set for second-round matches, while many others were still playing first-round matches that either didn't finish or couldn't even start Tuesday.

The weather shouldn't be a problem Wednesday, with sunny skies and nearly perfect conditions.

Sharapova will be back on the same Arthur Ashe Stadium court where she edged No. 2 seed Simona Halep on Monday night in her return to Grand Slam tennis. She faces Timea Babos of Hungary.

Williams, the No. 9 seed, plays Oceane Dodin of France at night.

Only nine matches were able to be completed Tuesday, including victories by top-ranked Rafael Nadal and five-time champion Roger Federer.