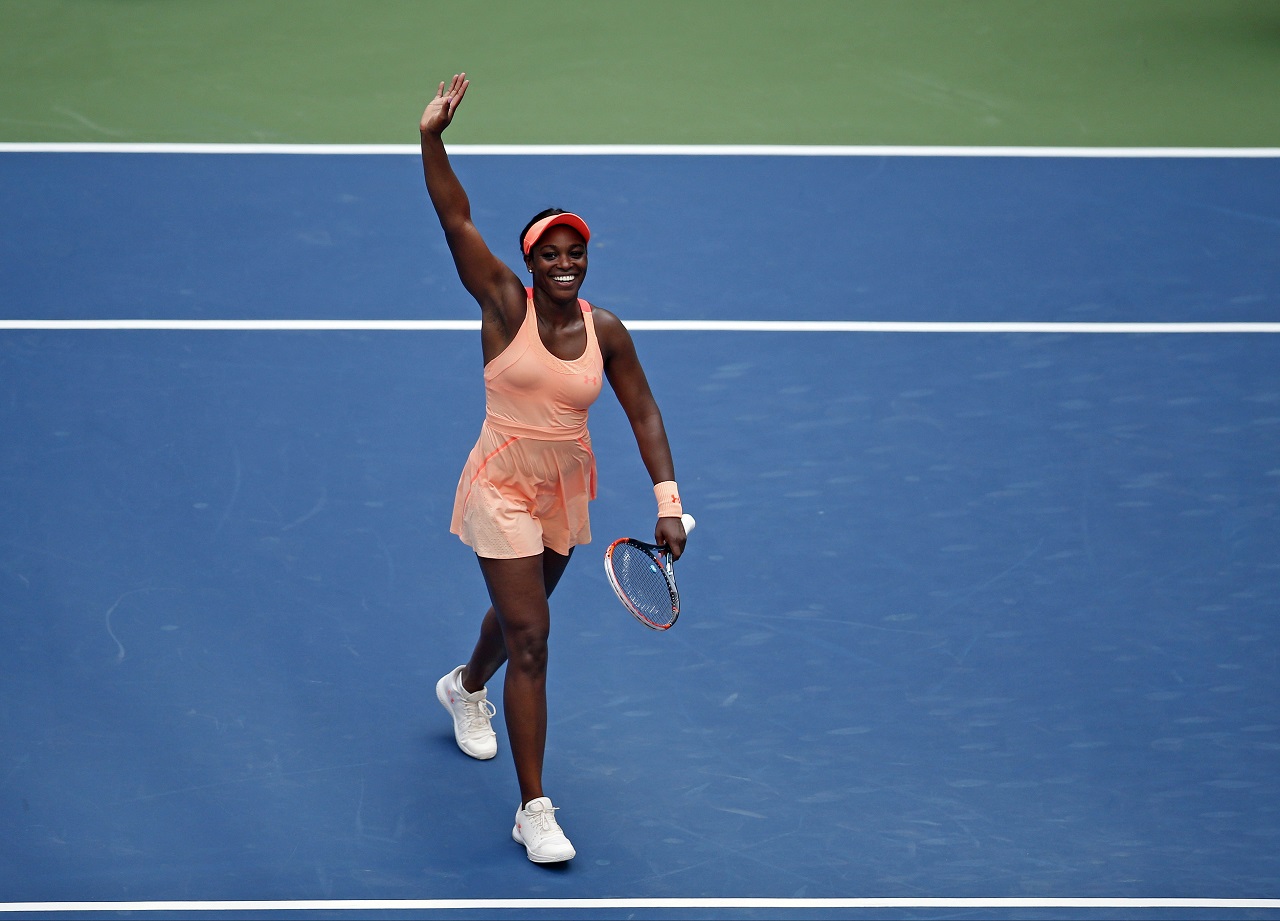 Sloane Stephens, of the United States, reacts after beating Anastasija Sevastova, of Latvia, during the quarterfinals of the U.S. Open tennis tournament, Tuesday, Sept. 5, 2017, in New York.

Sloane Stephens' comeback from injury will keep going all the way to the U.S. Open semifinals.

Sidelined from tennis for nearly a year and unsure what she could accomplish just last month, the unseeded American advanced to face the winner of the match between Grand Slam champions Venus Williams and Petra Kvitova on Tuesday night.

Stephens had left foot surgery in January and didn't return to the tour until Wimbledon until June. Her ranking fell to 934th before she reached consecutive semifinals at hard-court tournaments in Toronto and Cincinnati in August.

"When I started my comeback at Wimbledon, I could have never even dreamed of something like this happening, having these results," Stephens said in an interview on the court after the match.

She's No. 83 now with 13 wins in her last 15 matches, becoming just the seventh player outside the top 50 to reach the U.S. Open women's semifinals since the rankings began in 1975.

Her only previous Grand Slam semi was at the Australian Open four years ago.

The No. 9-seededWilliams hoped to give the Americans half the final four against No. 13 Kvitova, when she tried to reach the U.S. Open semifinals for the first time since 2010. The U.S. had a chance to claim all four spots, with No. 15 Madison Keys and 20th-seeded CoCo Vandeweghe playing their quarterfinal matches Wednesday.

Sevastova beat Maria Sharapova in the fourth round and was trying to reach the first major semifinal of her career. She received treatment from a trainer late in the first set Tuesday for a problem with her upper right leg.

The men did get a first-time semifinalist Tuesday when Pablo Carreno Busta beat No. 29 Diego Schwartzman of Argentina 6-4, 6-4, 6-2.

The 12th-seeded Spaniard easily handled his first match of the tournament against an opponent who was not a qualifier.

Now Carreno Busta will face No. 17 Sam Querrey of the U.S. or No. 28 Kevin Anderson of South Africa, who were scheduled to play Tuesday night. None of those three men remaining on the bottom half of the draw has ever played in a major final.

Carreno Busta traveled a tame path to the quarterfinals, becoming the first man to face four qualifiers in a Grand Slam tournament during the Open era, which began in 1968. He didn't drop a set against any of those opponents and stayed perfect against Schwartzman while appearing in his second Grand Slam quarterfinal.

Carreno Busta also reached the quarters in the French Open in June, but had to retire in his match against eventual champion Rafael Nadal because of an abdominal injury that forced him to miss Wimbledon.

The 5-foot-7 Schwartzman was the shortest quarterfinalist at a Grand Slam tournament since Jaime Yzaga, also 5-7, at the 1994 U.S. Open. He was bidding to become the shortest in a major semifinal since 5-6 Harold Solomon at the 1980 French Open.

Querrey was trying to give the U.S. its first men's semifinalist at its home major since Andy Roddick in 2006. The last American man to win any Grand Slam singles title was Roddick in 2003 at Flushing Meadows.