US Open 2020: Azarenka joins Serena in quarters, Kenin crashes out 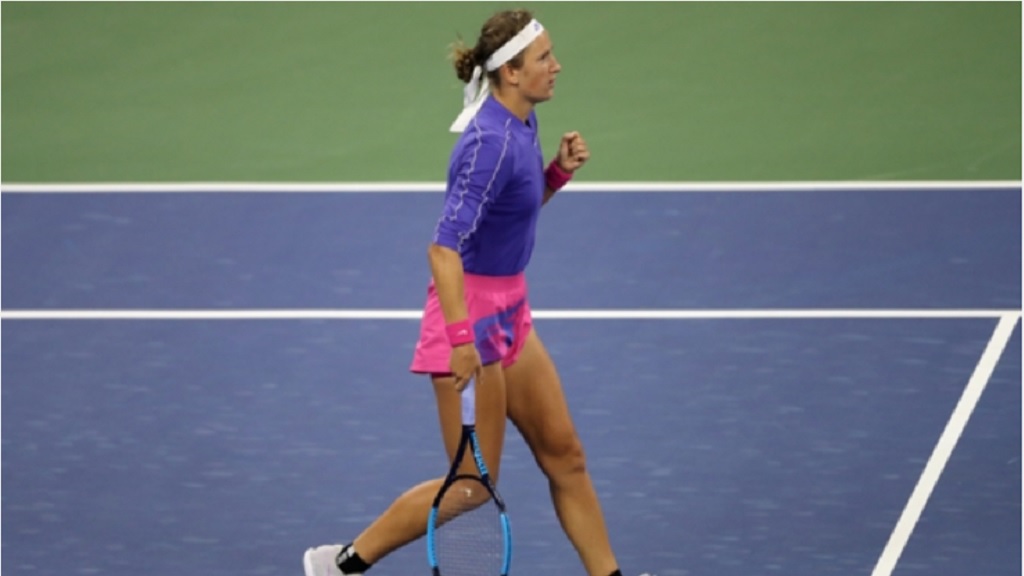 Victoria Azarenka joined Serena Williams in the US Open quarter-finals as Sofia Kenin crashed out on Monday.

Azarenka was pushed before the two-time Australian Open winner booked her spot in the last eight at Flushing Meadows.

Williams was also challenged before reaching the quarter-finals and her bid for a record-equalling 24th grand slam singles title remains on track.

But there was no such luck for this year's Australian Open champion as Kenin bowed out.

AZARENKA BATTLES THROUGH AS KENIN FALLS

Azarenka reached the US Open quarter-finals for the first time since 2015 after overcoming Czech 20th seed Karolina Muchova 5-7 6-1 6-4.

Muchova was on top early before Azarenka steadied to advance in two and a half hours.

The Belarusian, twice a US Open runner-up, was eventually too good for Muchova, who battled a leg injury late in the last-16 clash.

Azarenka won the Western & Southern Open ahead of the US Open, showing some good form since the WTA Tour season restarted amid the coronavirus pandemic.

She will next face Elise Mertens after the Belgian 16th seed proved far too good for Kenin – the second seed – 6-3 6-3 in just 75 minutes.

Mertens hit 19 winners and just seven unforced errors against Kenin, whose best run at her home slam came to an end.

The win saw Mertens reach the quarters for the second straight year.

The American star looked set to endure more frustration in her quest to level Margaret Court's record when she trailed Sakkari by a break in the third set.

Sakkari came from a set down to defeat Williams at the Western & Southern Open.

However, she could not hold on to her advantage in the decisive set as Williams produced a response befitting her status as a 23-time major champion.

"Just felt like I was able to compete longer. I was a little fatigued last time and had some cramps, but I felt like Maria played a completely, I felt like she almost played better today. She's such a good competitor," Williams said.

"It was a really intense match."

Awaiting Williams in the quarter-finals is Tsvetana Pironkova, whose run continued with a 6-4 6-7 (5-7) 6-3 victory over Alize Cornet.

A former Wimbledon semi-finalist, Pironkova is back playing for the first time since 2017.

The Bulgarian has put together an impressive run in New York, where she had only reached the fourth round once previously – in 2012.

Djokovic disqualified from US Open after hitting line judge with ball