US military shoots down Iranian-made drone in southern Syria 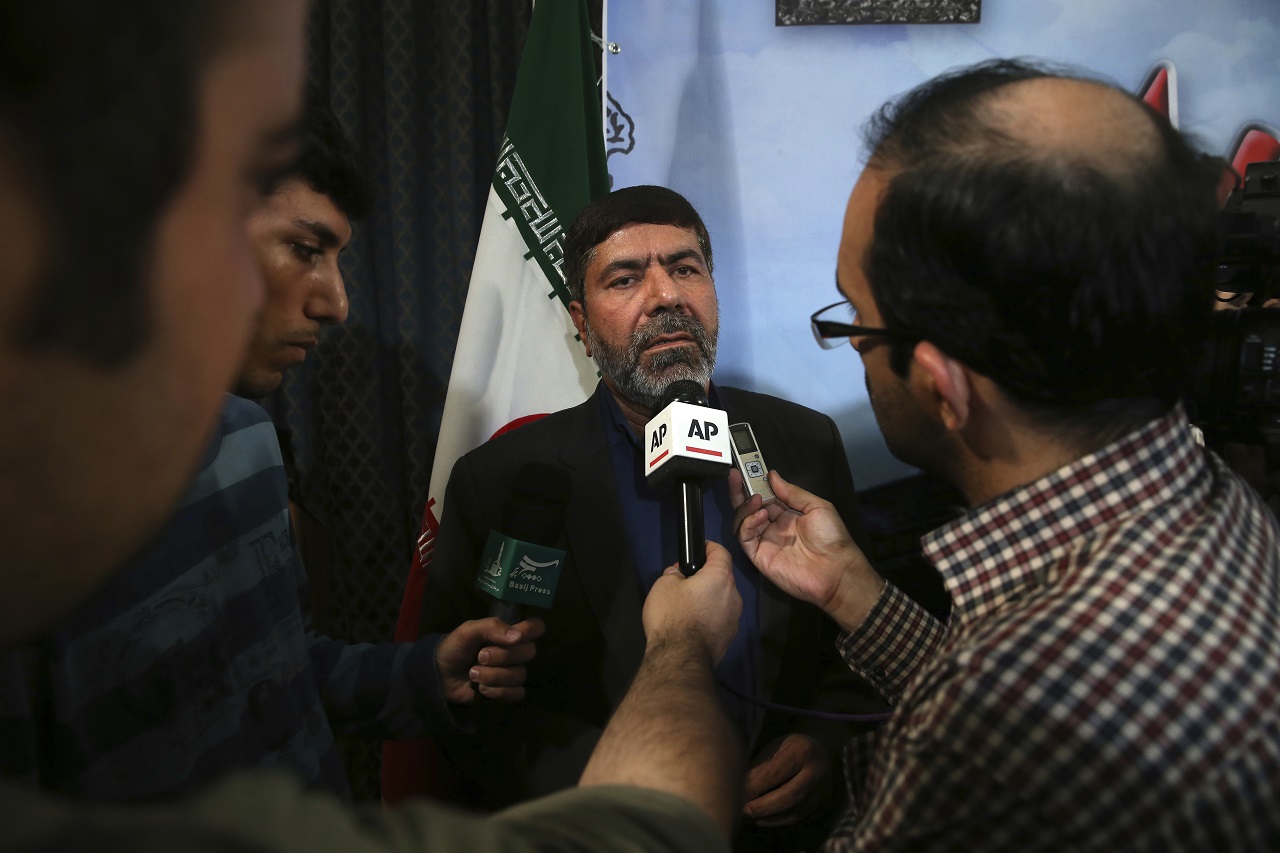 The spokesman of Iran's Revolutionary Guard, Gen. Ramazan Sharif speaks with media members at the conclusion of his press conference in Tehran, Iran, Tuesday, June 20, 2017. Sharif, said all six ballistic missiles it launched on Syria hit their targets, according to "local sources and drone films." Iran fired ballistic missiles at IS targets in eastern Syria, in the province of Deir el-Zour, later on Sunday.

The U.S. military said it shot down an Iranian-made, armed drone in southern Syria on Tuesday, marking the third time this month that that the U.S. has downed aircraft affiliated with Syrian President Bashar Assad's government.

The U.S.-led coalition fighting the Islamic State group said a U.S. F-15 fighter jet shot down the drone "after it displayed hostile intent" while approaching a military camp near the Syria-Jordan border.

A similar drone was shot down in the same location after it dropped munitions near coalition forces on June 8.

The repeated incidents in the vicinity of the Tanf camp, where U.S. forces train and advise local ground forces in the fight against IS, add to soaring regional tensions that could spiral out of control just as the fight against the extremists enters a crucial phase, with U.S.-backed forces pushing into the group's de facto capital, the Syrian city of Raqqa.

The U.S. on Sunday shot down a Syrian jet near Raqqa after it dropped bombs near the U.S.-allied Syrian Democratic Forces, which are battling IS. Russia condemned the U.S. action and in retaliation suspended a hotline intended to prevent such incidents.

The U.S. has also fired on Syrian government ground forces in the east on two occasions in just the last month.

A defense official, who was not authorized to be quoted by name and spoke on condition of anonymity, said the drone shot down Tuesday was a Shaheed 129 and appeared to have been operated by "pro-regime" forces.

There are concerns that further confrontations could lead to a breakout of hostilities that would hinder the battle against IS.

Australia on Tuesday suspended its airstrikes against IS targets in Syria as a precaution, after Russia announced it was suspending the hotline and warned the U.S.-led coalition not to fly over Syrian army positions west of the Euphrates River.

In another first, Iran — another close Assad ally — fired ballistic missiles at IS targets in eastern Syria, in the province of Deir el-Zour, later on Sunday. Iran's Revolutionary Guard described the strike as revenge for Islamic State attacks on Tehran earlier this month that killed at least 18 people and wounded more than 50.

Sharif told The Associated Press that the missile launch reflected Iran's "military power," though Iran has no intention of starting another war. It is still unclear what the missiles struck, and Iran has provided few details.

Israeli security officials said Monday they were studying the missile strike to see what they could learn about its accuracy and capabilities.

Fighting and bombardment meanwhile resumed early Tuesday between Syrian government forces and rebels in the southern city of Daraa and nearby areas, where a 48-hour truce had gone into effect on Saturday. The truce was meant to be extended but now appears to have collapsed.

A Syrian military official in Damascus said the truce was not extended. He spoke on condition of anonymity in line with regulations.

"The situation is back as it was in Daraa city and fighting is ongoing," said Daraa-based opposition activist Ahmad al-Masalmeh. "The regime made the truce and then violated it."

The activist-run Syrian Observatory for Human Rights reported that government troops captured a hill west of the city and a former army base that was held by rebels. It said government helicopters dropped 55 barrel bombs on Daraa while warplanes carried out about 20 airstrikes.

Daraa is where the March 2011 uprising against the Assad family's four-decade rule began. The conflict quickly descended into a civil war, which has since left at least 400,000 people dead.

The push by Syrian government forces in the Daraa area appears headed for the Jordanian border, two weeks after Assad's troops reached the border with Iraq for the first time in years.