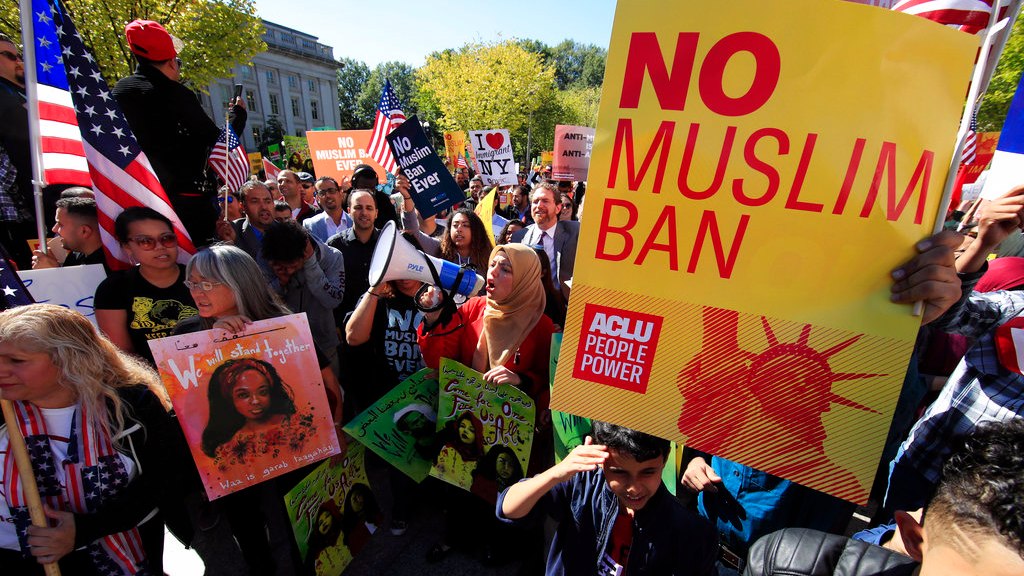 It's not a final ruling, but the Supreme Court is letting the Trump administration fully enforce a ban on travel to the United States by residents of six mostly Muslim countries.

Challenges to the policy are winding through the federal courts, and the justices themselves ultimately are expected to rule on whether the ban is legal. It applies to travelers from Chad, Iran, Libya, Somalia, Syria and Yemen.

The justices offered no explanation for their action Monday. The Trump administration had said that blocking the full ban was causing "irreparable harm" because the policy is based on legitimate national security and foreign policy concerns.

The order indicates that the high court might eventually approve the latest version of the ban, announced by President Donald Trump in September. Lower courts have continued to find problems with it.

A presidential spokesman, Hogan Gidley, said the White House was "not surprised" that the court permitted "immediate enforcement of the president's proclamation limiting travel from countries presenting heightened risks of terrorism."

Opponents of this and previous versions of the ban say they show a bias against Muslims. They say that was reinforced most recently by Trump's retweets of anti-Muslim videos.

"President Trump's anti-Muslim prejudice is no secret. He has repeatedly confirmed it, including just last week on Twitter. It's unfortunate that the full ban can move forward for now, but this order does not address the merits of our claims," said Omar Jadwat, director of the American Civil Liberties Union's Immigrants' Rights Project. The ACLU is representing some opponents of the ban.

The new policy is not expected to cause the chaos that ensued at airports when Trump rolled out his first ban without warning in January.

For people from the six countries covered by the ban, lower courts had said those with a claim of a "bona fide" relationship with someone in the United States could not be kept out of the country. Grandparents, cousins and other relatives were among those courts said could not be excluded.

The courts were borrowing language the Supreme Court itself came up with last summer to allow partial enforcement of an earlier version of the ban.

Now, those relationships will no longer provide a blanket exemption from the ban, although visa officials can make exceptions on a case-by-case basis.

In lawsuits filed in Hawaii and Maryland, federal courts said the updated travel ban violated federal immigration law. The travel policy also applies to travelers from North Korea and to some Venezuelan government officials and their families, but the lawsuits did not challenge those restrictions. Also unaffected are refugees. A temporary ban on refugees expired in October.

David Levine, a University of California Hastings law school professor, said that by allowing the ban to take effect just days before the appeals court arguments, the justices were signaling their view.

"I think it's tipping the hand of the Supreme Court," Levine said. "It suggests that from their understanding, the government is more likely to prevail on the merits than we might have thought."

Both appeals courts are dealing with the issue on an accelerated basis, and the Supreme Court noted it expects those courts to reach decisions "with appropriate dispatch."

Quick resolution by appellate courts would allow the Supreme Court to hear and decide the issue this term, by the end of June.