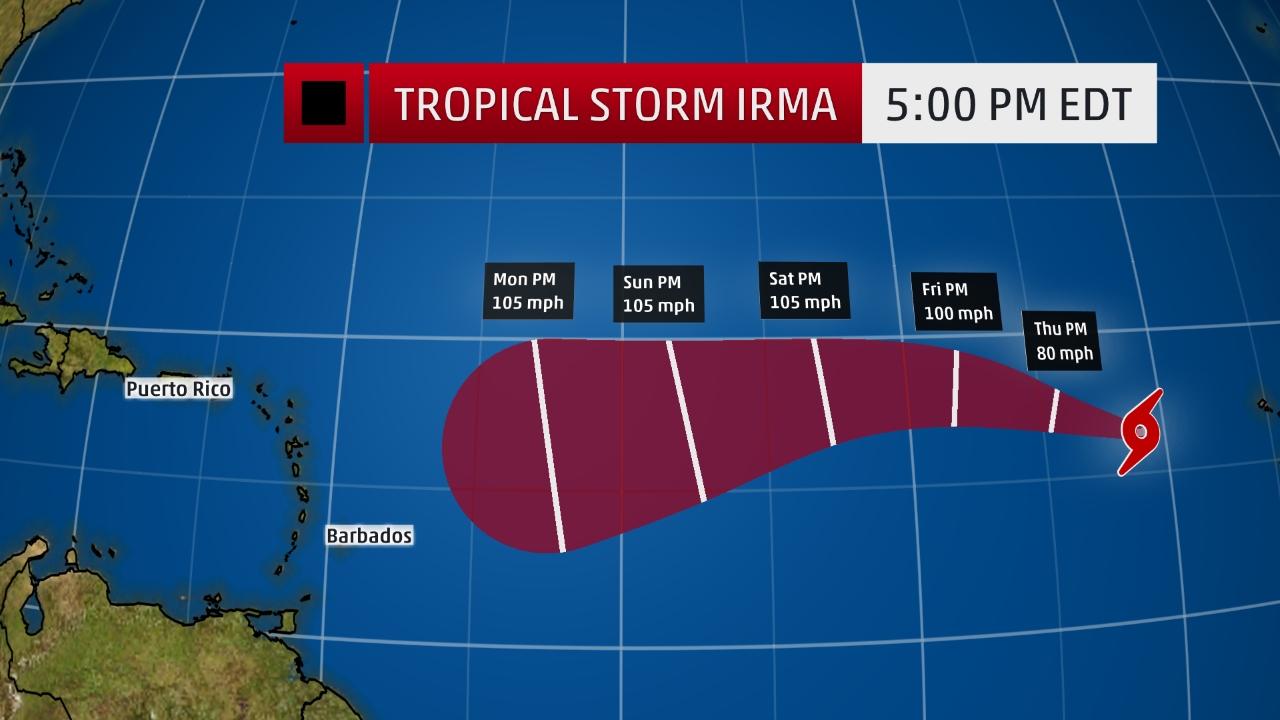 The ninth storm of the 2017 Atlantic hurricane season has been named. It is Tropical Storm Irma which, according to forecasters, is likely to strengthen into a hurricane in the next two days.

In a 5 p.m. advisory today, the Miami-based National Hurricane Center said Tropical Storm Irma is steadily intensifying over the far eastern tropical Atlantic Ocean, but is not an immediate threat to land.

Maximum sustained winds are near 60 mph (95 km/h) with higher gusts and Tropical-storm-force winds extend outward up to 35 miles (55 km) from the centre.

Some additional strengthening during the next 48 hours is forecast, and Irma is expected to become a hurricane Thursday or Friday. 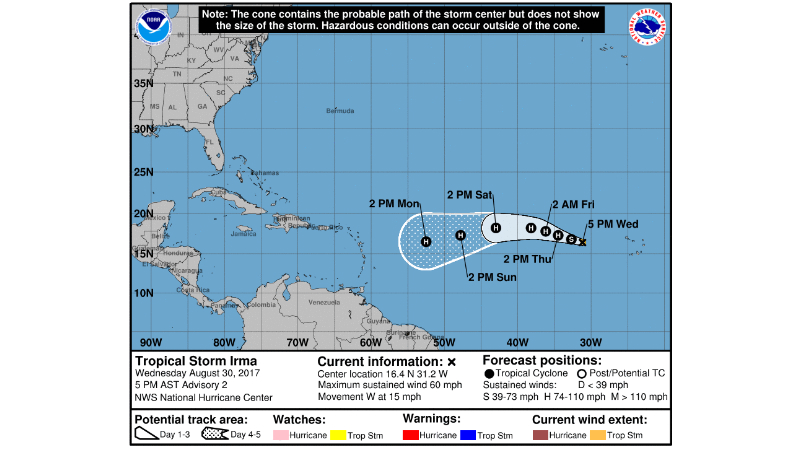 At 5 p.m., Irma was centered about 480 miles (770 km) west of the Cabo Verde Islands. The storm is moving toward the west near 15 mph (24 km/h), and is expected to turn slightly toward the west-northwest at a slower rate of speed for the next couple of days.

There are currently no coastal watches or warnings in effect.

The Barbados Meteorological Services says while current model analysis suggest that this system will pass over the northern portions of the region, it will be paying close attention to this system over the coming days.

Residents pick up the pieces after Tropical Storm Harvey