US disrupts evacuation of IS militants in Syria 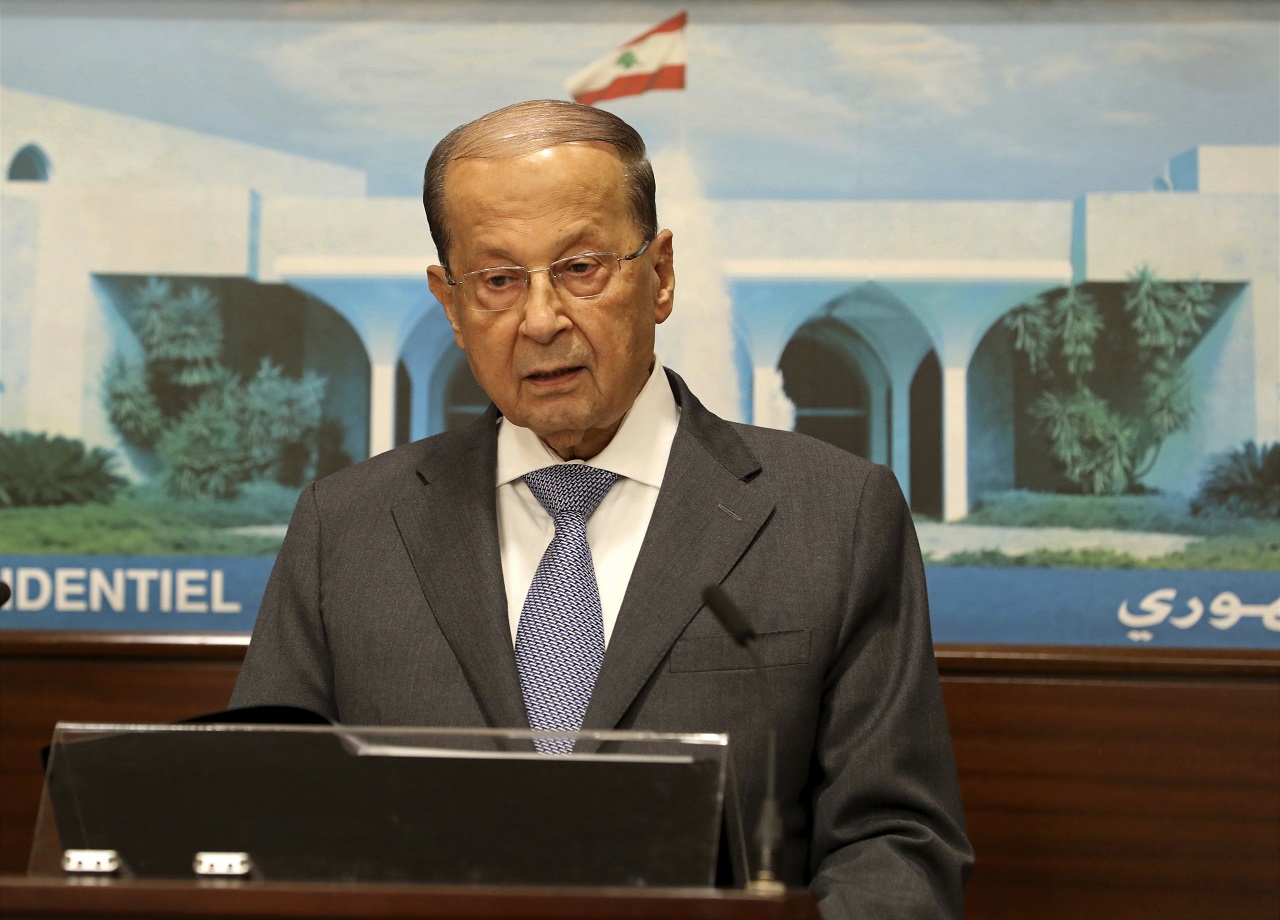 The U.S.-led coalition said Wednesday it carried out airstrikes to disrupt a convoy of Islamic State militants being evacuated from the Lebanon-Syria border to an IS-held area in eastern Syria near Iraq, without targeting the evacuees themselves.

Coalition aircraft struck a small bridge and cratered a road to hinder the convoy's progress. The coalition also struck a separate group of IS militants traveling to meet the convoy, according to Col. Ryan Dillon, a coalition spokesman.

U.S. officials have criticized the transfer of hundreds of militants and civilians who are bound for an IS-held area near the Iraqi border, saying the extremists should be killed on the battlefield. The evacuation came as part of a controversial deal brokered by the Lebanese Hezbollah group to clear IS from an area along the Lebanon-Syria border.

The coalition is reluctant to strike the actual convoy of evacuees because the fighters have wives and children traveling with them, said a U.S. official, who wasn't authorized to discuss military details and requested anonymity.

Although Hezbollah members are believed to be the ones escorting the convoy, the Syrian government's involvement creates further risk for the U.S. if the coalition were to hit it.

The coalition nevertheless said in a statement that it is not bound by the evacuation agreement. There are about 300 militants and almost as many family members on buses being evacuated under the deal.

"We are monitoring their location in real time," Dillon said, adding that the coalition "will not rule out strikes against IS fighters being moved."

He added that any strike will be in accordance with "the law of armed conflict and if we are able to do so and can discriminate and discern the difference between fighters and civilians."

Syrian opposition activists said the convoy, which left the Lebanon-Syria border on Tuesday, is still in government-held territory in eastern Syria.

The evacuation agreement, the first such publicized deal, had already angered many Iraqis, who accused Syria and Lebanon's Hezbollah of dumping the militants on the Iraqi border rather than eradicating them.

The top U.S. envoy for the international coalition against IS, Brett McGurk, tweeted Wednesday that IS "terrorists should be killed on the battlefield, not bused across #Syria to the Iraqi border without #Iraq's consent." McGurk added that the anti-IS coalition will help ensure that "these terrorists can never" enter Iraq.

Lebanese troops launched an attack against IS on Aug. 18, while Syrian troops and Hezbollah fighters launched a simultaneous offensive from the Syrian side of the border. The militants agreed to a cease-fire over the weekend once they had been squeezed into a small area along the frontier.

Lebanon has defended the agreement, in which the militants are said to have revealed the location of the remains of nine Lebanese soldiers who were captured in 2014.

The remains of several people have been uncovered in the border area, and DNA tests are underway to determine whether they belong to the missing soldiers. Lebanese officials say they are almost sure the remains are of the soldiers.

Lebanese President Michel Aoun declared victory against IS on Wednesday and praised the Lebanese army for carrying out the operation.

"Our only consolation is that we knew the fate of the soldiers," he said. "We wish they were celebrating with us."

Army commander Gen. Joseph Aoun, who is not related to the president, told reporters Wednesday that as the offensive against IS was underway, the Lebanese mediator called him to say that the extremists accepted a cease-fire in return for information about the fate of the soldiers.

The Lebanese commander added that he cares most about the lives of his soldiers, and that one of the main achievements was to win the battle without taking further casualties.

In a separate incident, mines laid by the extremists killed at least nine people and wounded dozens who were fleeing IS-held areas in Syria's eastern Deir el-Zour province, according to an opposition monitoring group and state media.

State news agency SANA said 10 people were killed and 28 wounded when the vehicles they were traveling in drove over mines. The Britain-based Syrian Observatory for Human Rights said nine people were killed and many others wounded in the Abu Khashab area on the northern edge of Deir el-Zour province, a main stronghold for IS.