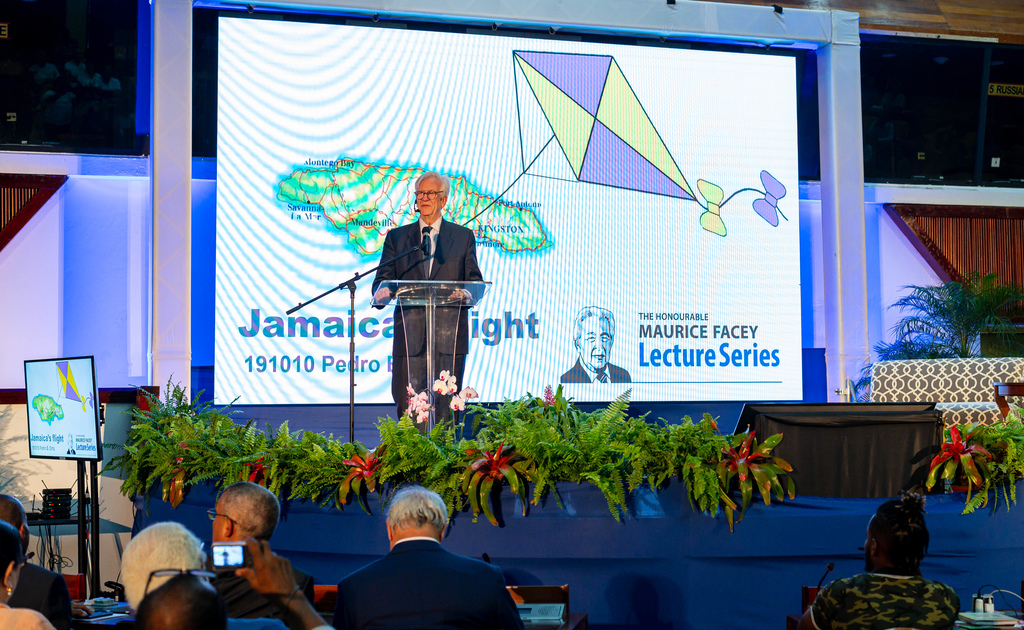 Dr Pedro Ortiz posited the drastic improvement to the existing transportation system as the strategic way to propel the sustainable development of Jamaica’s southern metropolis.

One of the world’s leading urban planners and strategists, Dr Pedro Ortiz, was well received at the inauguration of the Maurice Facey Lecture Series held recently at the Jamaica Conference Centre.

Ortiz posited the drastic improvement to the existing transportation system as the strategic way to propel the sustainable development of Jamaica’s southern metropolis.

In his presentation titled Jamaica’s Flight, Ortiz outlined a ‘Jamaica scale synthesis: National, Metropolitan and Urban’ map for a fast-paced railway system. Described as a rhombus plan, railways will be utilised to transport goods and people between Kingston, Mandeville, Montego Bay and Ocho Rios.

The key component of the plan would be the creation of transit-oriented developments (TODs), which maximise the amount of residential, business and leisure space within walking distance of public transport.

The TODs would then be the basis for the regeneration of Kingston and the rapid development of the communities along the transit lines.

He also urged the management of developments across several towns and parishes, instead of municipalities operating independently.

“The proof that integration of management is effective, is Singapore. We generally put Singapore as an example of a well-managed metropolis. It is actually a metropolitan state ... roughly the size of Kingston to Mandeville. That area should be Jamaica’s southern metropolis,” Ortiz said during his hour-long lecture.

In order to host the event, PanJam Investment Limited partnered with the C.B. Facey Foundation, the Caribbean School of Architecture at the University of Technology, the Urban Development Corporation, the Jamaica Institute of Architects, the Jamaica Chamber of Commerce and the Kingston Restoration Company.

In 2011, Ortiz presented for the Eisenhower Day Fellowship in Jamaica.

He outlined a list of priorities and urgencies, which included the development of the Spanish Town commuter train; orderly housing developments in Central Village, Old Harbour and Freetown; and urban, eco-social TODs.

In his 2019 iteration, Ortiz included an Osborne Store commuter train; access to a controlled highway from Mandeville; a Montego Bay island crossing; orderly housing developments in Freetown, May Pen, Osborne Store and Hayes; and an independent freight airport.

“Strategic urban planning is making immediate decisions with a general vision for the future.  There is difference between tactics and strategy. When you are thinking about tactics, you are thinking about your basic needs; the strategy is the long-term vision. Kingston should not just think about the sewage or solid waste, [the city] and Jamaica should think about its role in the world,” Ortiz said. 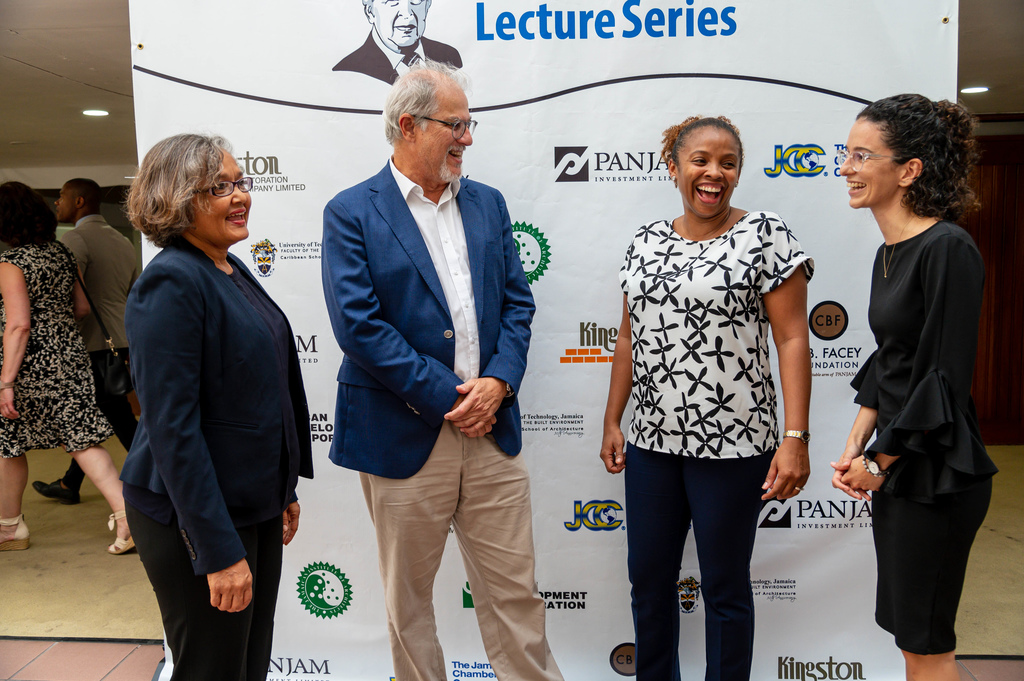 Stephen Facey (second left), Chairman and CEO of PanJam Investment Limited chats with partners (from left) Jacquiann Lawton, head of school at the University of Technology Jamaica Caribbean School of Architecture; Stacey-Ann Dennison-Heron, president of the Jamaica Institute of Architects; and Anna Ward, executive director of the C.B. Facey Foundation.

In his opening address to the lecture that attracted well over 600 attendees, Stephen Facey, Chairman and CEO of PanJam Investment Limited said the event was also about cementing legacies.

“Today, we inaugurate The Honourable Maurice Facey Lecture Series, which underscores PanJam’s continued commitment to the creation of a resilient urban environment, not only in Kingston but all across the island,” Facey said.

“The lecture series has been named after my father, a man who believed so much in Jamaica’s future that he created PanJam shortly after our nation’s independence in 1962. A true patriot, he continually invested in Jamaica and her people; determined to build a Jamaica for all of us to be proud of.”

Facey said he and the series’ partners envision the lecture to be the start of a forward-looking conversation that will guide the creation of Jamaica’s metropolises.

“This is an exciting time to be Jamaican. Confidence in our economy is returning, we are primed for investment in burgeoning industries, and we are nowhere near exhausting all of our available opportunities.  Now is the time for us to leapfrog into a new way of thinking of development, to have a proactive planning process that endeavours to create the types of cities and towns that we want and need.”