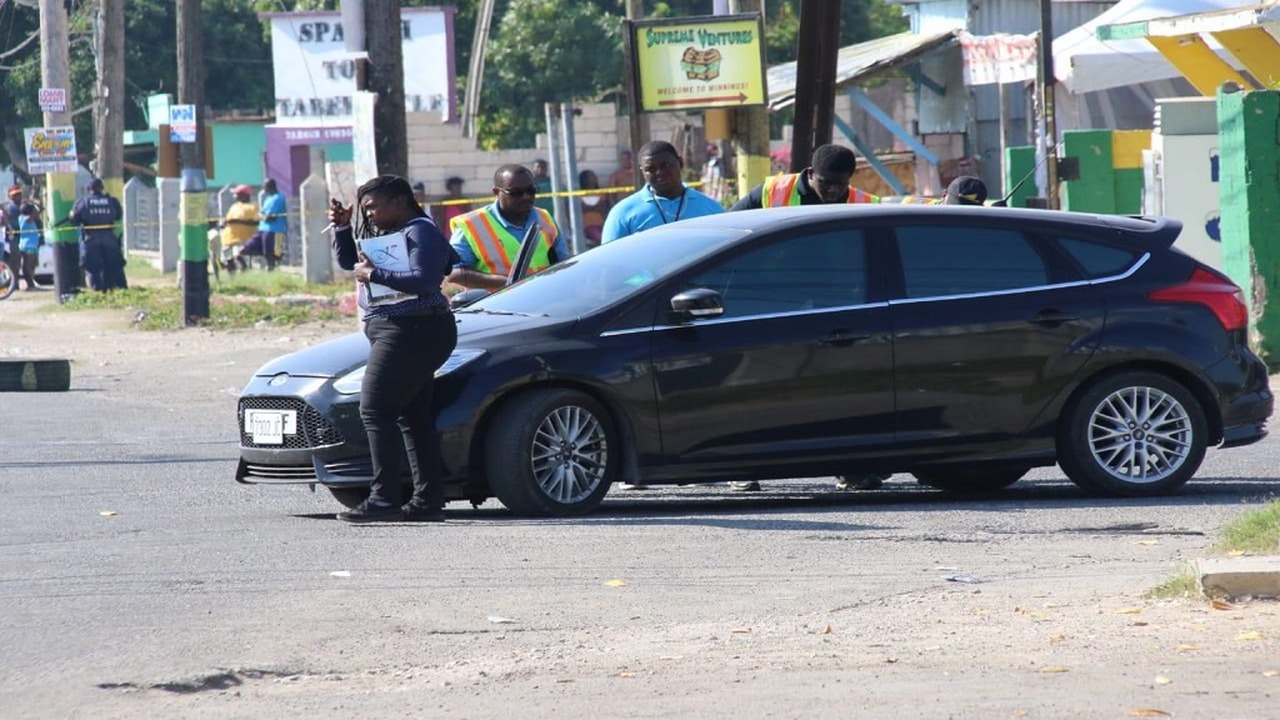 Investigators on the scene where a deadly encounter involving a number of cops came to an end in Spanish Town, St Catherine on Saturday night into Sunday morning.

The Constabulary Communications Unit (CCU), the information arm of the Jamaica Constabulary Force (JCF), has advised that a top-level investigation has been launched by the Criminal Investigation Branch (CIB) and the Inspectorate of Constabulary (IOC) into Saturday night incidents in which three persons, including a policeman, were killed in Spanish Town, St Catherine.

The CCU, in a release, said a team of senior investigators from the CIB Headquarters and the IOC has been assigned to investigate the circumstances surrounding the incidents which resulted in the deaths of three men.

The CCU promised to provide updates on the probe.

The move followed high drama which reportedly involved a policeman on suspension from duty being shot dead by a colleague of his who reportedly responded to a criminal attack by a group of men, including three cops, in Spanish Town, St Catherine late on Saturday night.

Reports are that just before midnight, an off-duty cop’s attention was drawn to a shooting incident at a social event at Chedwin Park in Inswood, St Catherine, in which a man – Sheldon Daley, otherwise called ‘Junior Biggs’ - was killed, reportedly by a group of men including three cops who have been on suspension from the Mobile Reserve.

The off-duty cop, who observed the shooting, is reported to have pursued a Nissan AD Wagon motorcar in which the attackers were travelling, resulting in a shootout with the men that ended at the corner of Job Lane and Brunswick Avenue in Spanish Town. 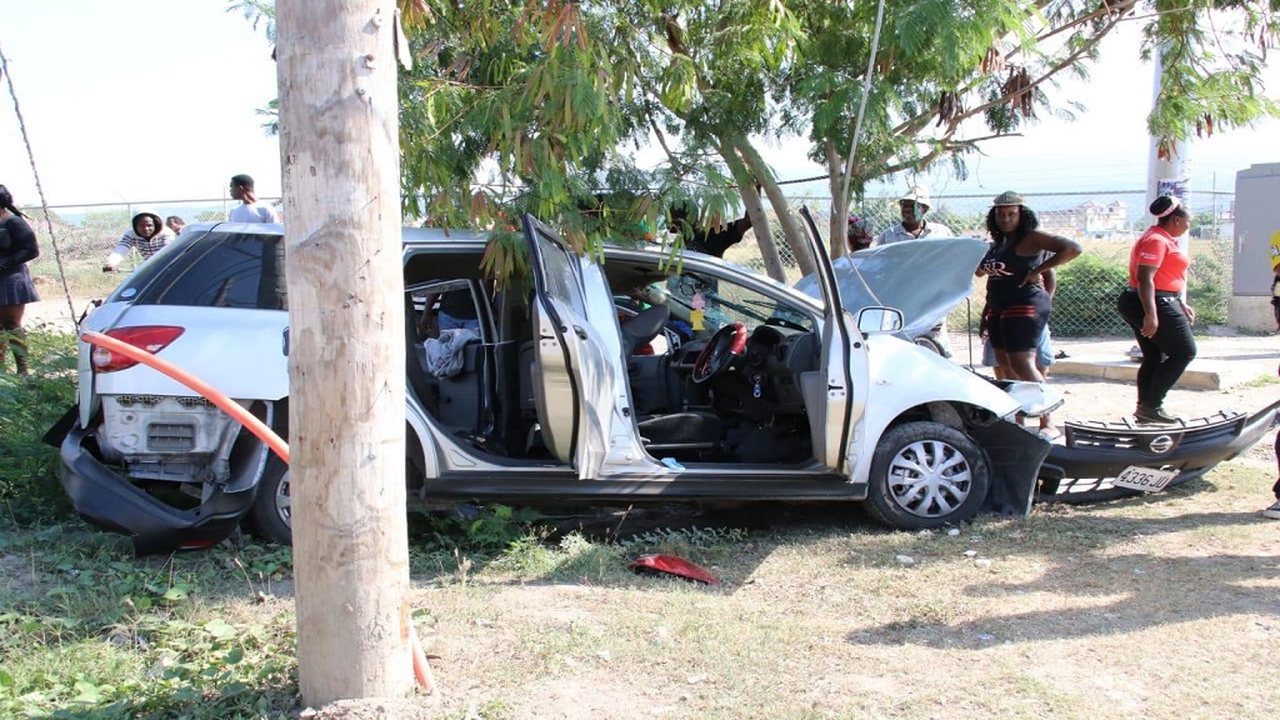 The Nissan AD Wagon motorcar in which a number of men, reportedly including three cops on suspension, travelled while being engaged in a shootout with another cop in Spanish Town, St Catherine late on Saturday night.

At the end of the exchange, one of the allegedly escaping policemen was shot and killed, another was held, and the third cop escaped.

The getaway car ended up crashing into another vehicle at the intersection.

An unidentified male occupant of the other crashed car was also shot and killed in the exchange of gunfire.

Five guns - three Glock pistols, a .45 pistol and a Browning 9mm pistol - were seized from the vehicle in which the ‘rogue’ cops were travelling.

Interestingly, a number of police service items, including a log book and blue flashing light apparatus, along with a number of licences plates, were also recovered from the vehicle, which was reportedly assigned to the police force.

The big question swirling around both inside and outside the police force since the dramatic incident is how come the cops were reportedly on suspension from the force, but still in possession of the car and the other police service items?