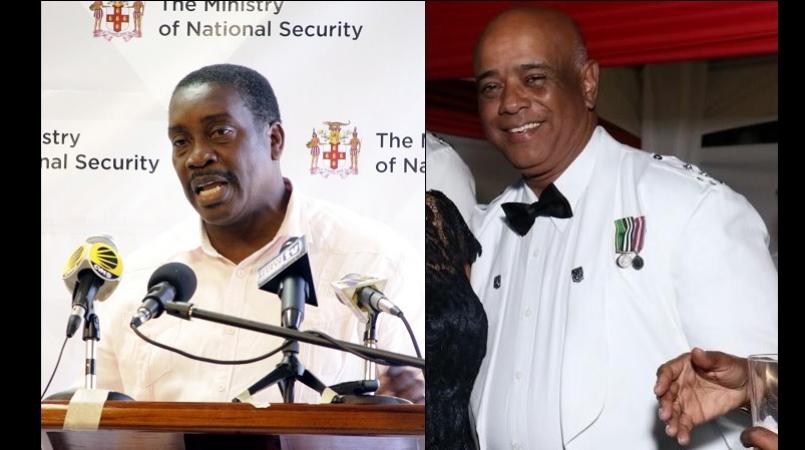 National Security Minister Robert Montague has confirmed the appointment of George Quallo as commissioner of police for the Jamaica Constabulary Force, effective April 18.

Montague, in a news release, called on all Jamaicans to give their full support to Quallo as police chief.

“The fight against crime cannot be left to one person; it’s all hands on deck for us to achieve a safe and more prosperous Jamaica.  All citizens here and abroad must join this national effort,” said Minister Montague.

The National Security Minister thanked the Police Service Commission and its members for the work done in the recruitment process to select the new police commissioner. He also acknowledged the sterling contribution made by Novelette Grant who acted as Commissioner of Police following the resignation of Dr Carl Williams.

Quallo enlisted in the Force on November 29, 1976.  He was appointed assistant commissioner of police in December, 2010 and deputy commissioner in November, 2015.

Since January 2016, he has served as the deputy commissioner of police with responsibility for the territorial operations portfolio.

Prior to his appointment as deputy commissioner of police, Quallo led various divisions in the Jamaica Constabulary Force including Area 4 between March 2012 and December 2015 during which, the news release said, there were three successive years of reduction in murders and major crimes.

In 2009, he reportedly led the rebuilding of the JCF Armoury, implementing rigorous internal controls and strengthening accountability for firearms within the force.

Between 2002 and 2006, Quallo reportedly restructured the Manchester Police Division, utilizing community policing principles as the major policing strategy resulting in a large reduction in all crime categories.

"Quallo has the demonstrated ability to lead the JCF at an important point of transformation, strengthening relationships with the other bodies that make up the island’s security architecture," the National Security Ministry said, adding that he will be responsible for enhancing the security services to the country, improving public order, reducing corruption and improving accountability across the force.

The new commissioner will also be tasked to implement a comprehensive succession planning process for the Directorate of Constabulary.