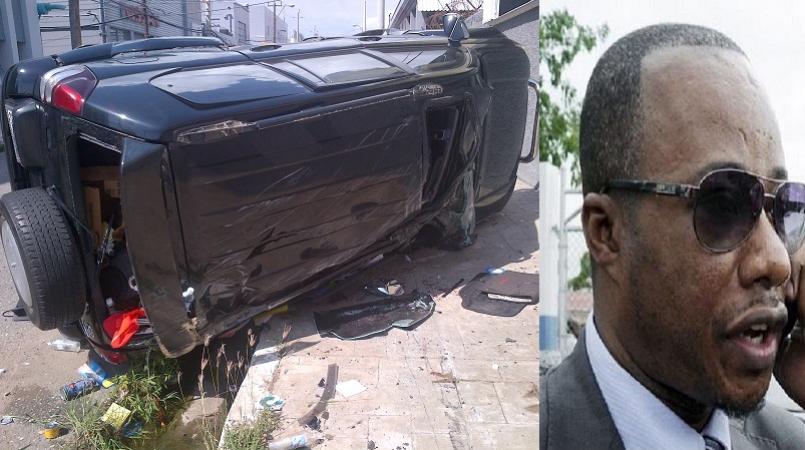 A car accident in downtown Kingston that left trade unionist Granville Valentine and two others hospitalised on Tuesday afternoon was most likely caused by an off-duty cop who ran a red light, the police have suggested.

Police on the scene report that the crash took place at about 1:30 pm at the intersection of Hanover Street and Harbour Street.

“Reports are that the policeman was travelling along Harbour Street when he reportedly broke a traffic light and slammed into the vehicle that Valentine was driving causing the vehicle to flip and then landing on its side,” one cop  on the scene told Loop News.

The motor car that the off-duty cop was travelling in slammed into a sidewalk.

Three persons including Valentine and the policeman were rushed to hospital where they are currently undergoing treatment.

Police sources say they are reviewing contents of a tape that may have recorded the crash to assist in their investigation.