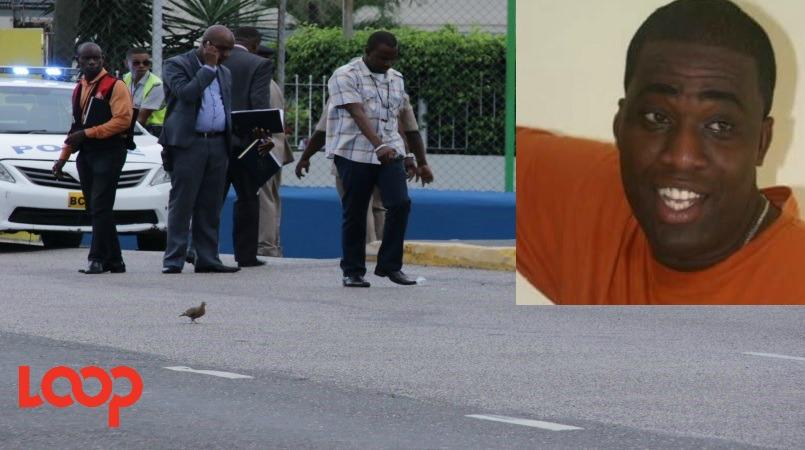 A man who allegedly disarmed, and shot and killed a police officer along Constant Spring Road in St Andrew on Friday has died from gunshot injuries he sustained in a subsequent shootout with Jamaica Defence Force (JDF) soldiers.

The man, who has yet to be identified, was shot and injured by the soldiers after killing Constable Leighton Hanson of the St Andrew North division in a brazen daylight murder that sent shockwaves across Jamaica.

Reports are that Hanson apprehended the man after responding to an alleged robbery incident on a bus along Constant Spring Road, in the vicinity of the Merl Grove High School.

While escorting the man to his service vehicle, Hanson was reportedly disarmed of his firearm by the suspect and shot in the head.

Two JDF soldiers, who were passing in a vehicle, reportedly saw what was happening and engaged the man, who was shot and injured in the exchange of gunfire.

FEATURED IMAGE: Detectives at the crime scene where Constable Leighton Hanson (inset) was disarm and murdered.