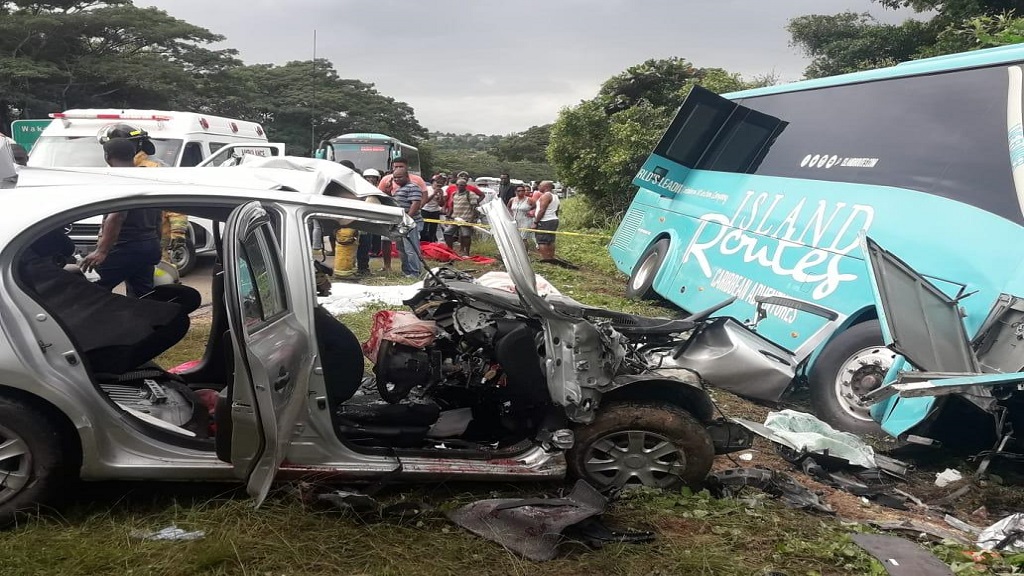 Anika Walters, the sole survivor of five persons who were in a car involved in last month's two-vehicle crash in Hague, Trelawny, has returned home to Canada.

Walters, a 39-year-old single mother of six from London, Ontario, had been hospitalised in Jamaica with extensive injuries, including several broken bones, a concussion, a fractured skull and loss of teeth, according to her sister, Kayla Dobney, in an interview with Global News in Canada last month.

Her family had been hoping to raise funds through a GoFundMe page to bring her home to the North American country for medical care.

But thanks to a donation from actor and comedian, Chris Tucker through his foundation, Walters' family was able to bring her home on Thursday afternoon.

The amount contributed by the comedian's foundation was not disclosed, but it was described as “generous”, according to Canadian media reports.

Meanwhile, Dobney told reporters that her sister remains hospitalised in stable condition at London Health Sciences Centre in Ontario, and she is in high spirits.

Doctors, however, informed Dobney that her sister may have to undergo surgery and have her bones re-broken, but further examinations are to be done to determine the actual next stages of her medical care.

Walters, who was on her way to the Sangster International Airport (SIA) in Montego Bay on Sunday, January 19, was among five persons travelling in a Nissan March motorcar when it collided with an Island Route tour bus along the Hague main road.

Indications are that shortly after 10am, the car was heading towards Montego Bay when the driver overtook a line of traffic and the car collided with the bus which was being driven in the opposite direction.

The five occupants of the car and the bus driver sustained injuries. Three of the injured men who were travelling in the car died on spot, while a fourth male died at hospital.

The four deceased were identified as brothers, Omar and Omroy Russell; 23-year-old Dayton McLeary; and 22-year-old Everton James, all of Portland addresses in Jamaica.

According to Canadian media reports, Walters' family disclosed that the four men who died were her close friends who were accompanying her to the airport.

It was further revealed that Walters and her family, including her children, had come to Jamaica for the Christmas holidays.

The other family members returned after the holidays, but Walters remained for an extended stay in the island.