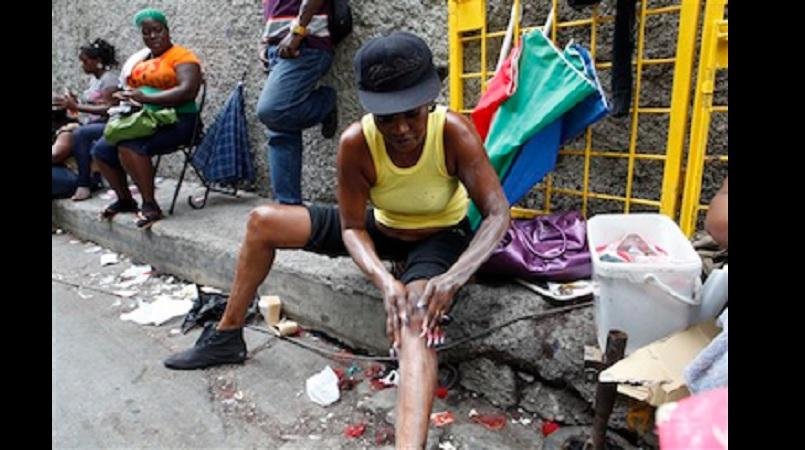 Detectives assigned to the Counter-Terrorism and Organized Crime Branch (C-TOC) seized 78,000 tubes/jars of assorted bleaching creams during an operation on Constant Spring Road, Kingston 8 on Tuesday.

One man has been arrested and charged with Breaches of the Pharmacy Act, Food and Drug Act and Customs Act in relation to the find.

Reports are that between midday and 7:00 pm, lawmen carried out a raid at an establishment when the assorted tubes/jars of bleaching creams were seized. Some of the creams seized are not registered with the Ministry of Health, while others have been classified as List 2 and List 4 drugs that cannot be sold without a prescription, the police said.

The identity of the man is being withheld pending further investigations.

Bleaching has become increasingly popular in Jamaica, especially in the inner city.

Doctors have warned that the skin lightening phenomenon has reached dangerous proportions.

FEATURED PHOTO: In this AP file photo, a woman applies skin lightening cream to her legs as she sits on a curb in downtown Kingston, Jamaica