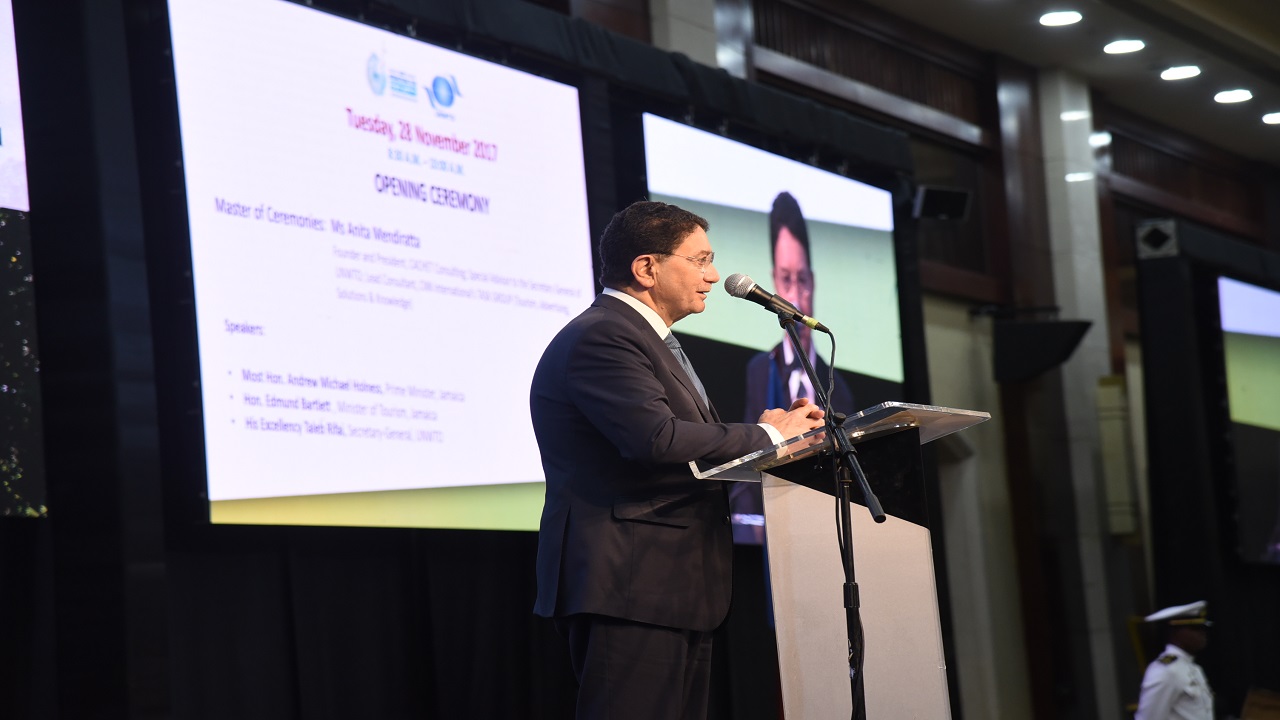 While addressing the conference on Tuesday, Rifai likened all-inclusive resorts to plantations whose time had passed.

Secretary General of the United Nations World Tourism Organisation (UNWTO),Taleb Rifai, on Wednesday attempted to tone down some of the statements he made a day earlier while addressing the UNWTO global tourism conference in Montego Bay, St. James.

While addressing the conference on Tuesday, Rifai likened all-inclusive resorts to plantations whose time had passed. He said such walls should be broken down.

He made the comment in front of a jammed packed audience at the Montego Bay Conference, including persons integral to the all-inclusive concept pioneered by Jamaica.

But, on Wednesday, Rifai described one newspaper headline as “a bit unfair”. At a hastily called press conference at the convention centre, Rifai said: “I was a little bit disappointed this morning to see some of the coverage in the news about some of what I said yesterday. I am not disappointed about what the media was carrying, because I am sure there might have been good intentions in this. But when you say, 'Stop promoting modern-day plantations called exclusive resorts’ and when you say the UNWTO secretary general is blasting all-inclusives, that is a little bit unfair.”

He continued: “Let me clarify this once and for all. I have great, great respect for all-inclusive resorts. I have great respect to all the investors and all the good people that came and invested and changed lives and destinies and areas in this country.”

Government to make life better for people in tourism communities