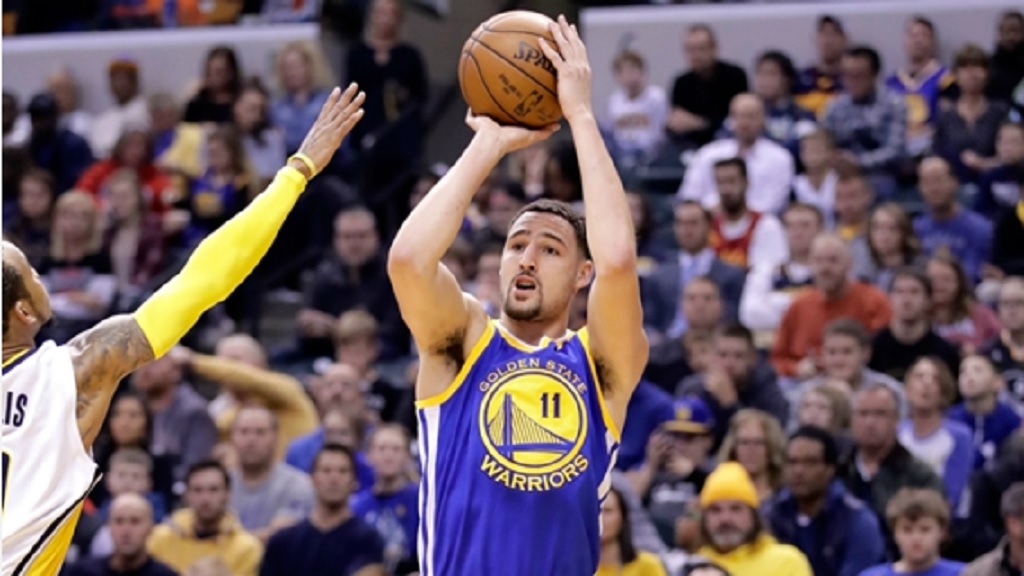 With 10 three-pointers by half-time, Thompson remained hot in the third quarter, hitting Chicago's non-existent defense with a bevy of deep shots. He also added five rebounds on the historic night.

The Warriors, heavy favourites to win yet another NBA Championship this season, improved to 7-1 this season. That loss is going to look like a fluke as the season moves on because this team has no weakness and center DeMarcus Cousins has not even yet been cleared to play.

Curry added 23 points in this game, celebrating his team-mate's new record. With little intrigue surrounding the final score in Warriors games this season, Curry will have something to fight for with his single-game three-point record broken.

The loss dropped the Bulls down to 2-5 as they struggle to integrate a young line-up.

With Thompson already highlighted, Philadelphia 76ers guard Ben Simmons gets the nod here after scoring 21 points on 8-of-11 shooting with 12 rebounds and nine assists in a highly efficient effort. Philadelphia beat the Atlanta Hawks 113-92, and Simmons' poised effort was a big reason why they rose above .500 on the season.

LeVert misfires at the Mecca

Brooklyn Nets guard Caris LeVert has been off to an impressive start to the season, but he managed just four points on 2-of-11 shooting (0 for 6 from 3-point range) with two rebounds and two turnovers. The Nets dropped to 2-5 after falling 115-96 to the New York Knicks.

Gay gets up in Texas showdown

San Antonio Spurs star Rudy Gay still has some athleticism. Gay finished with ease at the rim coming off the curl, as the Spurs defeated the Dallas Mavericks 113-108 in overtime.

The Detroit Pistons look revitalised with Dwane Casey leading the way, and Blake Griffin has proven to be the main beneficiary of the former Toronto Raptors coach's impact. Griffin is averaging nearly 30 points per game, and looks like a real triple-double threat in this system. The Boston Celtics are well balanced offensively and poised on defense. This could be a low-scoring game that reminds many of the NBA of old.