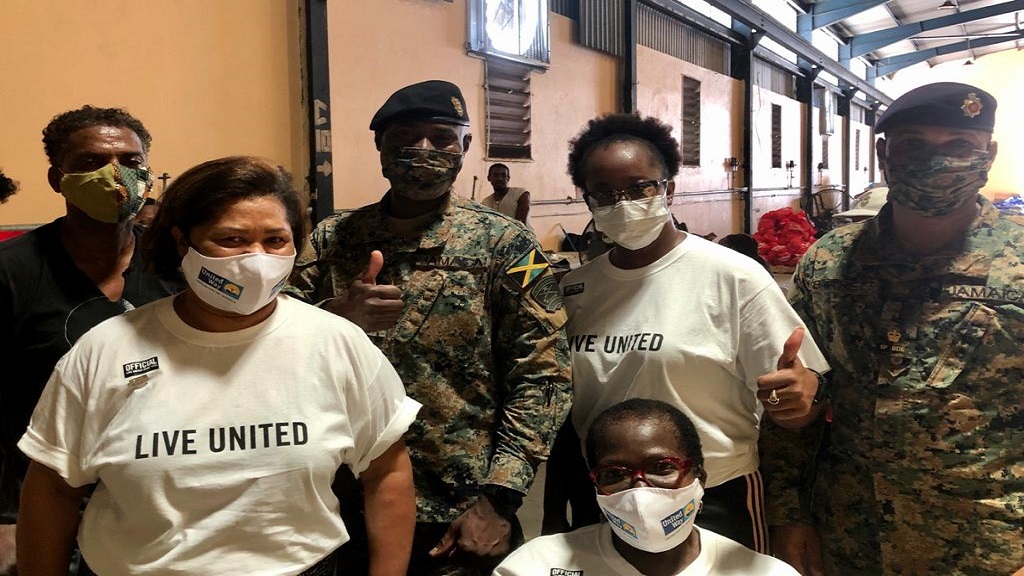 Near $200 million has been raised by the Private Sector Organisation of Jamaica (PSOJ) COVID-19 Response Fund.

This is approximately 80 per cent of the target set.

The project mobilised 1,215 volunteers, distributed 71,000 food packages in 52 communities, circulated 43,000 masks and undertook 781 health checks. That is a remarkable feat by any measure.

Conceptualized by PSOJ President Keith Duncan, the fund was launched soon after the virus appeared in Jamaica. Given its proven track record in fund management, the United Way of Jamaica (UWJ) realised that, the PSOJ and Jamaica would benefit from this experience, especially in times of disaster. Over its 35 years, UWJ has successfully managed funds from USAID and many other global entities.

United Way Chaiman Dr Marcia Forbes commented: “We reached out to the PSOJ, with the help of UWJ’s Governor and PSOJ VP, Mariame Robinson, highlighting several projects for which United Way of Jamaica had served as fund manager, including national disasters like Hurricane Gilbert, Hurricane Ivan and even the earthquake in Haiti where we managed funds sent via United Way Worldwide to assist that country. The PSOJ was convinced and invited United Way of Jamaica on board as Fund Manager of its Covid19 Response Fund”.

United Way of Jamaica rallied a full team of volunteers, including board directors and its entire secretariat for support. Long-standing volunteer and Past Chairman of UWJ, Elon Beckford, Co-Chaired the Oversight Committee alongside Keith Duncan. UWJ’s Immediate Past Chairman Ian Forbes, Co-Chaired the Allocations Committee and led the charge for the novel idea of a Virtual Run fundraiser. UWJ Board Director and PR Specialist, Marcia Erskine, brought her expertise to the PSOJ Communication team working on the project, and there were others.

While most mainly worked remotely, it fell on the shoulders of Finance Officer, Anthony Brissett, to become United Way of Jamaica’s primary ‘boots on the ground’. As he recounts, this made him feel “really good” as it gave him the opportunity to be involved in a national effort to “help those who would suffer the most from CoVid19, those who either never had a job or had lost their job due to Covid19. Those who needed the PSOJ care packages.”

Brissett tells of the four bank accounts that needed to be opened in local as well as US dollar, and how he masked-up from the early days of COVID-19 to ensure he got the required signatures for the accounts. He explained that the process involved some amount of footwork. However, he felt it was well worth his efforts when he considers that the PSOJ Response Fund raised the millions of dollars raised and the thousands of Jamaicans who benefitted from care packages under this well-needed this initiative.

Brissett, now pursuing his MBA in Finance at the UWI, was also required to prepare weekly Financial Reports for PSOJ. These detailed reports tracked, among other important measures, donations, and disbursements.  Guided by UWJ’s CEO, Winsome Wilkins, other staff members fed information to Brissett. Everything was laid-out in Excel Spreadsheets and every week data were collated, reports written and submitted.

He beamed with pride that he “never missed a deadline.”