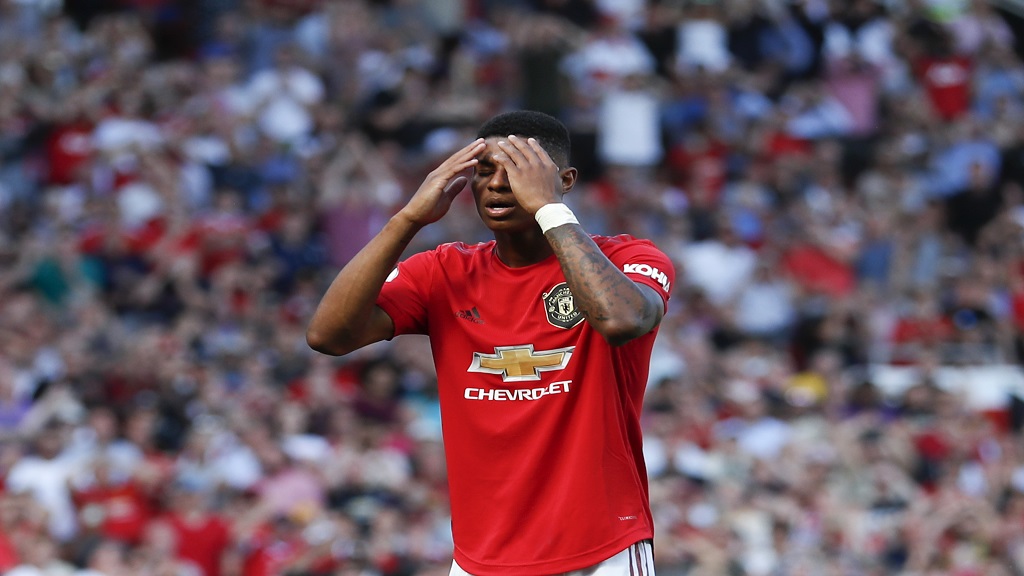 Daniel James' superb 89th-minute strike looked to have salvaged a point for United, who fell behind to Jordan Ayew's first-half effort.

James' sensational finish seemed to have sounded a victory charge, yet De Gea failed to make what should have been a simple near-post save from Patrick van Aanholt's 93rd-minute attempt, as Palace claimed their first league win over United since 1991.

Not long after Rashford squandered an early chance, James went close to breaking the deadlock but the winger's close-range strike was kept out on the line.

United's profligacy proved costly as Victor Lindelof lost a header to Jeffrey Schlupp and Ayew kept his cool to slot beyond De Gea.

Luke Shaw's hamstring injury compounded United's woes, and the hosts should have been further behind when De Gea denied Wilfried Zaha from point-blank range.

Anthony Martial wanted a penalty 10 minutes after the restart when he appeared to be dragged down by Martin Kelly, but Paul Tierney dismissed United's appeals.

However, there was little doubt over Milivojevic's lunge on McTominay.

Rashford stepped up but his strike flew to safety off the inside of the left-hand post.

James looked to have sparred his team-mate's blushes with a wonderful effort, only for De Gea to gift Palace the win when he parried Van Aanholt's shot straight down and over the line.

What does it mean? United's penalty debate set to rumble on

Solskjaer defended Pogba's decision to take the penalty against Wolves, insisting the midfielder and Rashford are his two spot-kick specialists.

Rashford took the responsibility on this occasion but similarly fluffed his lines and questions over United's approach to penalties are now sure to linger, especially given the ramifications of their latest miss.

Of United's three signings in the off season, James seemed the most likely to have to wait for his turn in the limelight. However, his second goal in as many Old Trafford appearances and other flashes of quality provide Solskjaer with the only real positive from a dismal day.

United's goalkeeper came under scrutiny at times last term and his latest mistake will do little to quieten the critics. For a player of De Gea's quality, Van Aanholt's shot should have proved comfortable to deal with.

United are back on the road for their next outing, taking on Southampton at St Mary's Stadium, while Palace host Colchester United in the EFL Cup on Tuesday.