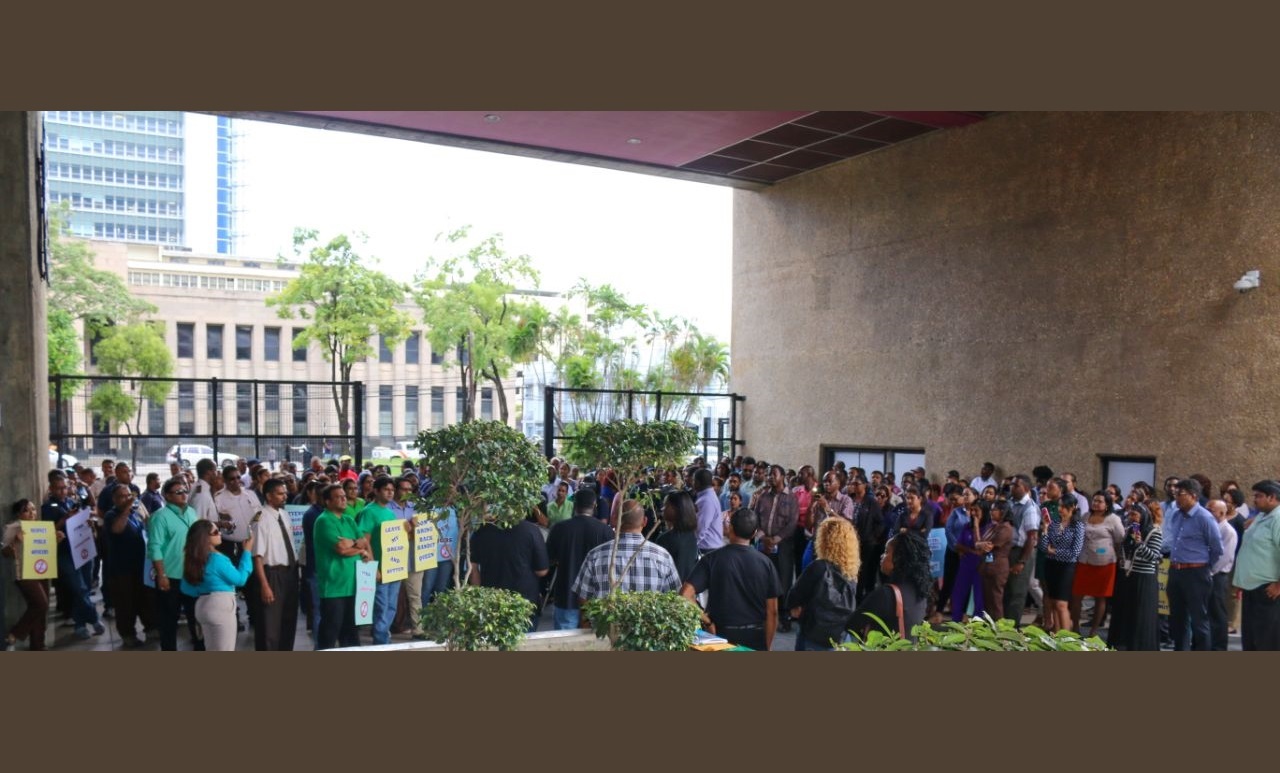 The threat of widespread industrial action now hangs over the public sector as the Jamaica Confederation of Trade Unions (JCTU) has signaled that workers could walk off the job if the Government does not make an improved wage offer by Monday.

The JCTU is the umbrella group that represents public sector employees.

"If the government does not signal to us something that we can take back to the workers, we cannot guarantee that there will be normalcy," said  JCTU Vice-President, O'Neil Grant.

Grant warned that many civil servants could be calling in sick if a better offer is not placed on the table by Monday afternoon. He made the comment  at a media briefing on Friday, January 5.

He  said the JCTU was no longer in a position to ask workers to “hold strain.”

"We cannot guarantee that come next week teachers will be turning out or remain on the job, we cannot guarantee that there will not be more sickness across the public sector because people are just falling ill based on the fact that they're physically stressed because the government is not treating them properly,” Grant said.

After a year of negotiating, the Andrew Holness-led administration has not budged from its offer of six per cent over two years for public sector employees. This is despite several days of ‘sick-out’ staged by both nurses and rank-and-file members of the Jamaica Constabulary Force late last year.

The 22-thousand strong Jamaica Teachers Association (JTA) that represents public school teachers has also signaled that it will take industrial action if the Government does not make an improved offer by 5:00 pm Monday.

The Government has said the Cabinet will on Monday, discuss issues relating to teachers and the police but it now appears the discussions will centre on the entire public service in light of the position now taken publicly by the JCTU.

The Government’s capacity to offer more is largely constrained by an agreement with the International Monetary Fund to bring the public sector wage bill to within 9 per cent of Gross Domestic Product by the 2018/2019 fiscal year. However, there are increasing calls from various groupings for the government to renegotiate the agreement with the multilateral agency.

Meanwhile, the opposition People’s National Party (PNP) is beseeching the government to demonstrate the “sincerity and respect required in the negotiations with the public sector workers”.

In a statement Friday, the PNP asserted that the government must change its stance in the negotiations and present a better offer to the workers.

“This approach is the only basis for achieving a wage settlement which has been outstanding for more than a year,” the PNP said.

“This is clearly a national priority and we continue to share the concern of many stakeholder groupings and civil society that the country cannot afford the continued feeling of insecurity and fear which comes with the failure to have our security forces operating at full strength. It is an ominous sign that we have begun the new year in the same manner as we ended the last with a spiraling murder rate,” the statement added.