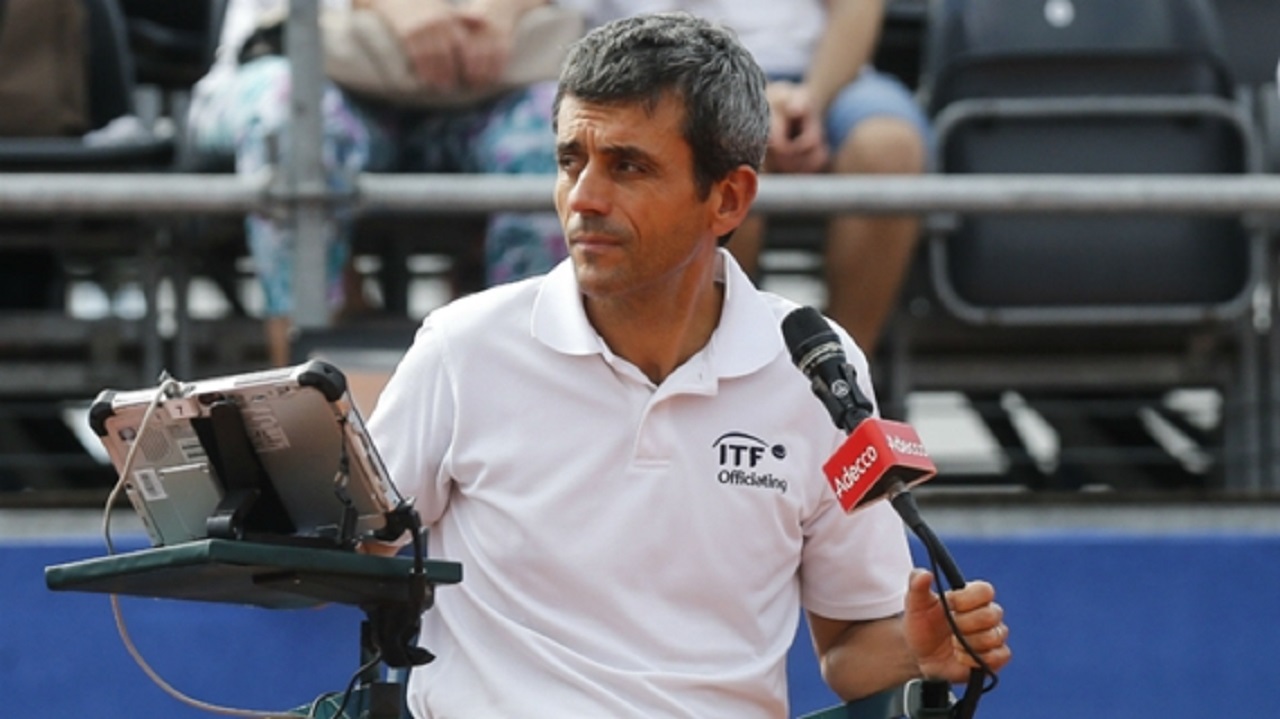 Less than a week after his high-profile argument with Serena Williams at the US Open, umpire Carlos Ramos was back on duty at the Davis Cup.

During the women's singles final at Flushing Meadows last Saturday, Ramos handed the 23-time grand slam champion a code violation for what he deemed to be on-court coaching.

Williams strongly denied the accusation and became increasingly irate, to the point where Ramos docked her a game for branding him a "liar" and a thief".

The American, who warned the Portuguese that he would never again umpire one of her matches, went on to lose in straight sets to Naomi Osaka and later accused Ramos of treating her more harshly than would have been the case had she been a man.

While Williams was fined for her actions, the International Tennis Federation declared that Ramos acted with "professionalism and integrity", and the official broke his silence earlier this week to insist the episode had not affected him.

And Ramos was back on duty on Friday, presiding over Marin Cilic's straight-sets defeat of Frances Tiafoe as Croatia took a 2-0 lead over the United States in their Davis Cup semi-final.