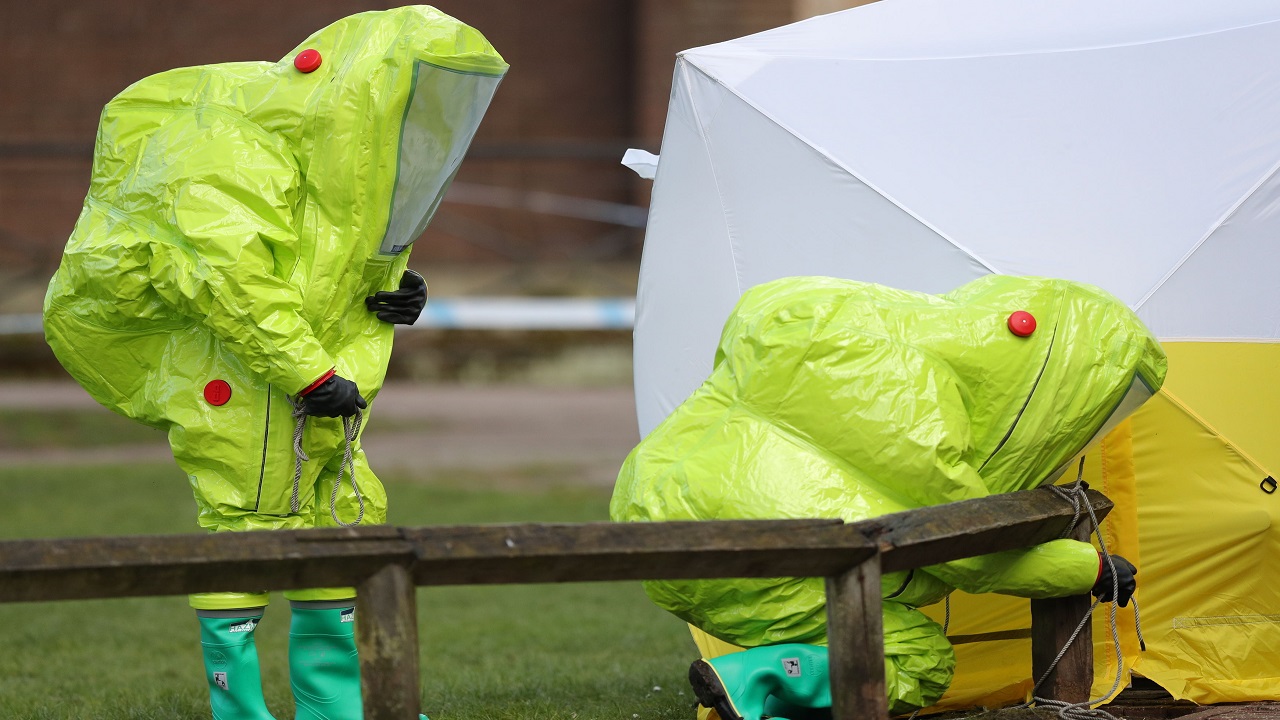 British police say a total of 21 people sought treatment after a nerve agent was used to attack an ex-Russian spy and his daughter in the city of Salisbury.

Officials say Bailey is making progress. The ex-spy and his daughter remain in critical condition.

Skripal was jailed in Russia for spying for Britain before being freed in a spy swap. He and is daughter were found unconscious on a bench in Salisbury on Sunday.

British Home Secretary Amber Rudd told the House of Commons that enormous resources were being used to determine who was responsible for poisoning Skripal, 66, and his 33-year-old daughter.

She said the investigation into the attack was focusing on three sites – Skripal’s home, a pub and a restaurant – and called the use of a nerve agent on British soil “a brazen and reckless act". "This was attempted murder in the most cruel and public way," she said.

Amid speculation Russia was behind the attack, Rudd said "people are right to want to know who to hold to account. But if we are to be rigorous in this investigation we must avoid speculation and allow the police to carry on their investigation."

The Russian Embassy in London, which has mocked other British politicians for suggesting Russian involvement, tweeted that it agreed with Rudd: "First evidence then conclusions on Mr Skripal's case. Responsible political approach."

Police have refused to speculate on who is behind the attack, but many have focused on Russia because of the case's similarity to the 2006 killing of another former Russian spy who was poisoned in London with radioactive polonium-210.

A public inquiry found that Russia was responsible for the murder of Alexander Litvinenko, and that President Vladimir Putin probably approved it. Russia has denied any role in the killing, or in the attack on Skripal.