UK PM and her Brexit vision get little sympathy from EU 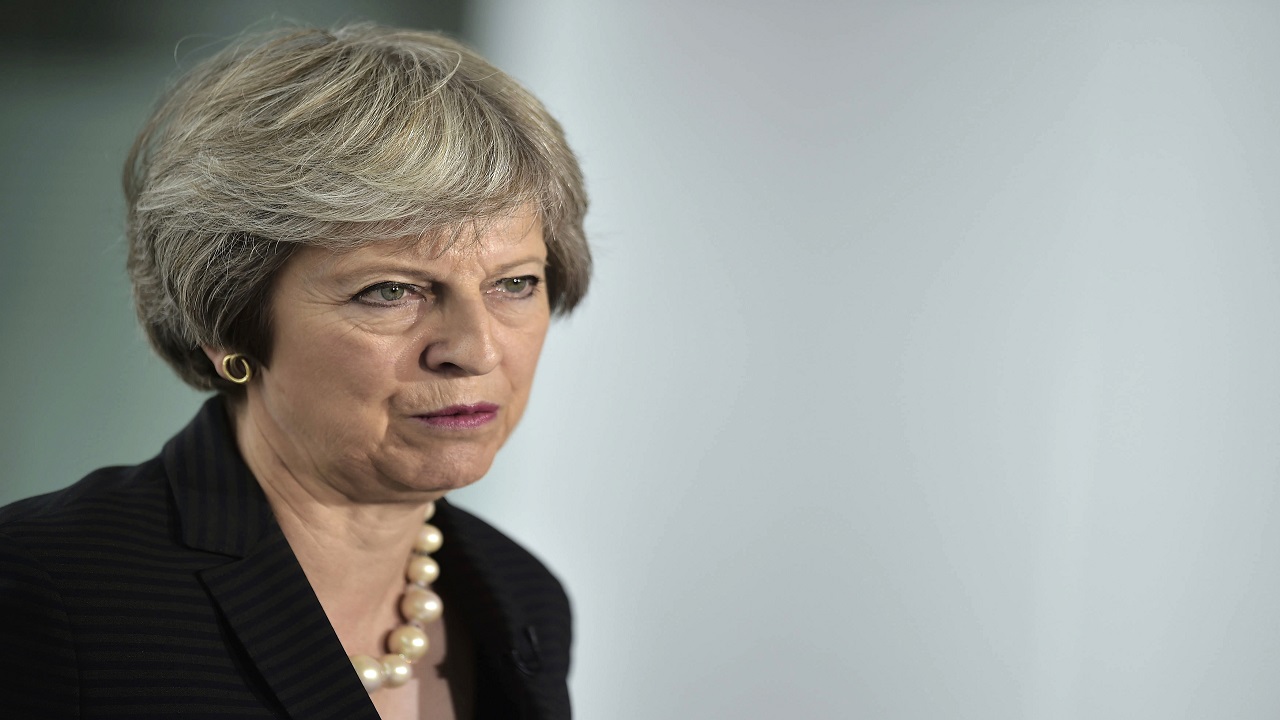 Embattled British Prime Minister Theresa May found little sympathy Friday from the European Union's 27 other nations in her quest for more flexibility in Brexit talks, as the time to negotiate an amicable divorce between Britain and the EU dwindles down.

May's government published a white paper last week with long-awaited proposals for Britain's relations with the EU after it leaves the bloc, seeking to keep it in a free market for goods with the EU while having a more distant relationship for services.

EU chief Brexit negotiator Michel Barnier on Friday listed many potential problems with the white paper, saying there can be no cherry picking when it comes to the single market where all trade comes under the same rule book.

"There are some elements which do seem to contradict the guidelines of the EU," said Barnier, insisting that the bloc will not waver on essential principles like the unity of the single market.

May used a speech Friday in Northern Ireland to urge EU negotiators to be more open-minded on how to solve the Irish border issue, a key sticking point in talks on Britain's exit from the bloc, which is expected in March.

She is vehemently opposed to any proposal that would keep Northern Ireland inside a customs union with the EU while the rest of the U.K. leaves. She said no prime minister could accept an arrangement that threatened the unity of the United Kingdom and imposed a sea border between Northern Ireland and the U.K.

Barnier underscored the importance of settling the Irish border, saying "we cannot afford to lose time on this issue and this is why we have invited the U.K. to work" on the issue next week.

He said that the EU could still amend its proposals on the Irish border. "We can work on this, amend it, improve it," he said.

The EU has long complained that May has delayed the Brexit negotiations because internal bickering within her Conservative Party has brought her government to the brink of chaos. Britain and the EU need to agree upon a divorce plan this fall so the EU Parliament and legislatures in EU nations can approve it before Britain leaves.

May says her proposal — to treat trade in goods and services differently — would keep "frictionless" trade and make a border between the Republic of Ireland — an EU member — and Northern Ireland unnecessary. She argued that it would also protect the gains of the Good Friday peace accord signed 20 years ago that brought the region's deadly political clashes to an end.

"In the Northern Ireland of today, where a seamless border enables unprecedented levels of trade and cooperation North and South, any form of infrastructure at the border is an alien concept," May said.

The prime minister said a seamless border is "the foundation stone" of the peace agreement that ended decades of violence between Protestants and Catholics as well as between Britain and those wanting to unite Ireland with Northern Ireland. She said that undermining it would be a betrayal.

EU nations just as steadfastly insist on maintaining the spirit of the Good Friday agreement and also vehemently oppose any hard border on the island.

EU leaders have long said Britain cannot "cherry pick" which aspects of its relationship with the EU it wishes to keep in place after Brexit. The new proposals by May's government are seen by some in the EU as doing just that.

UK's Theresa May: Trump told me to 'sue the EU' over Brexit