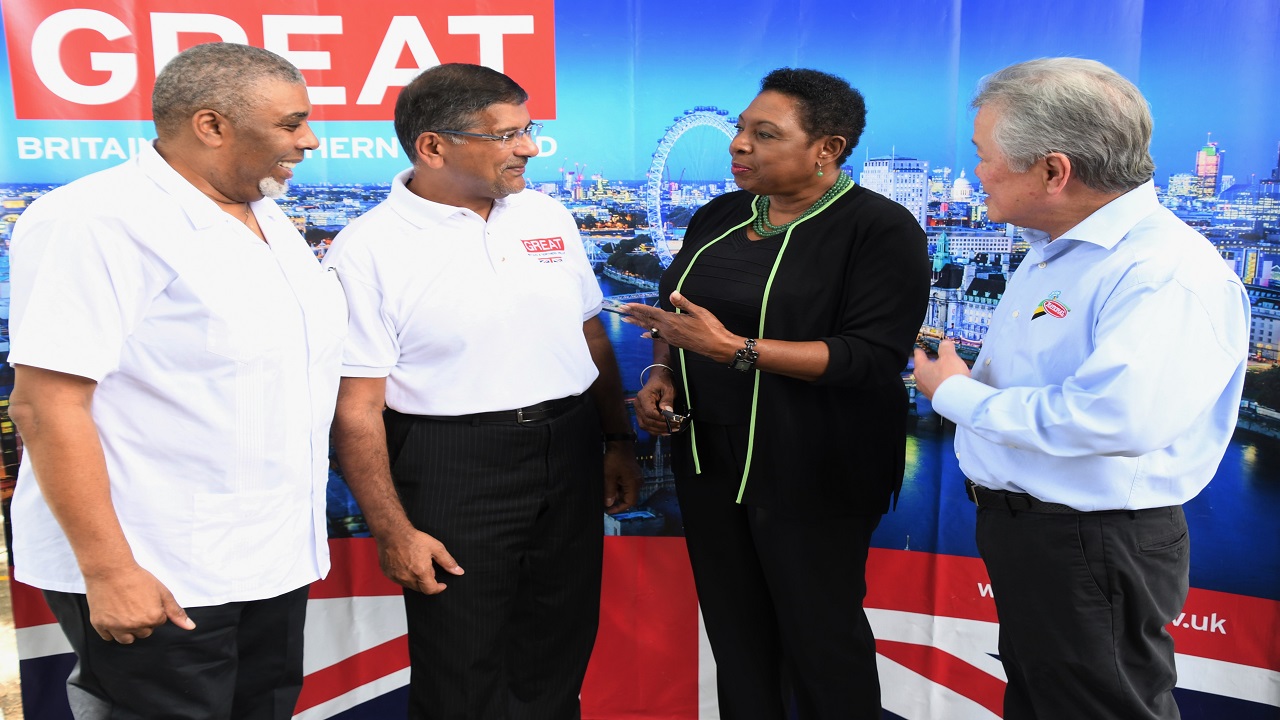 Olivia Grange, Minister of Culture, Gender, Entertainment and Sport, has said that Jamaica will be provided with an avenue to pursue new business ventures particularly in the Cultural and Creative Industries with Britain through a UK-Jamaica Trade Fair to be held by the British High Commission in Kingston next month.

Minister Grange made the remarks at a media launch for the UK-Jamaica Trade Fair held at the High Commission on Monday.

She noted that, in spite of its small size, Jamaica has received global recognition — the kind that only superpowers command and sometimes demand, she said.

“Today, the name ‘Jamaica’ is never uttered anywhere in the world without a response. Our name has become synonymous with creativity and speed on the track. Put another way, the world knows, loves and respects Jamaica for its culture, including reggae music, and sport, which many of you may know, I refer to as physical culture, Grange said, adding “I see Jamaican creative men and women creating and capitalising on business opportunities in the UK.

“We believe in our cultural goods. We know their potency. But we have to design and package our goods in ways that make them attractive to our audience in Britain and elsewhere. Both genders should enjoy access to the cultural goods on a basis of equality to cater to the gender-differential and facilitate diversity.”

Meanwhile, British High Commissioner, Asif Ahmad said the UK-Jamaica Trade fair which will take place on the grounds of the High Commission on March 3, 2018, “will be a platform for a modern UK Jamaica relationship.”

Ahmad said, “We have the support of leading Jamaican and British businesses who will join the fair to explore ways to make more of the opportunities between the two countries.”

He added that, “Well over 500 guests are expected at the Fair, including young people, to experience food, music and other arts.”

Gov’t making it easier for women to start businesses - Grange