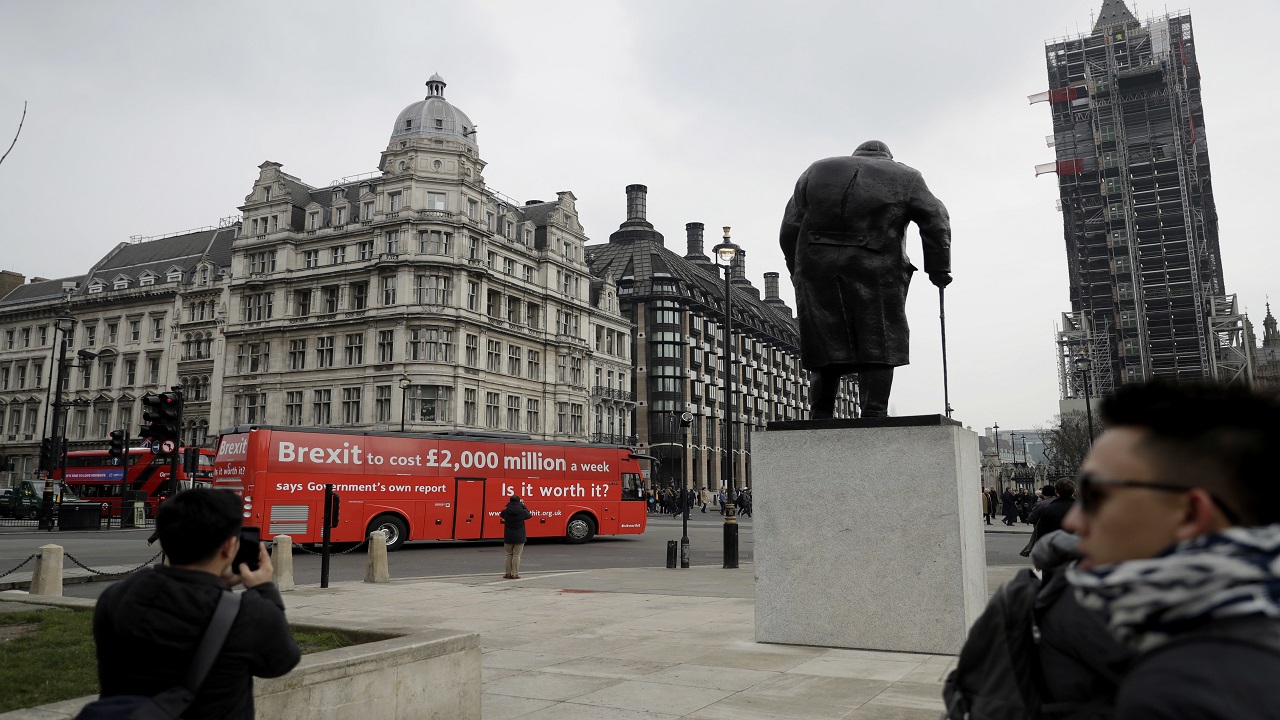 The British economy did not grow as strongly as initially thought during 2017 as consumers and businesses were held back by factors directly related to Brexit.

The Office for National Statistics said Thursday that the British economy expanded by a quarterly rate of 0.4 percent, down from the initial estimate of 0.5 percent. The downgrade was largely due to lower than anticipated industrial production.

The downgrade reduced overall 2017 growth to a five-year low of 1.7 percent from the previously forecast 1.8 percent, and means Britain is one of the slowest-growing Group of Seven economies. Before the June 2016 vote to leave the European Union, it had for years been one of the fastest-growing.

Though Brexit isn't officially due to take place until March 2019, the vote to leave the European Union has clearly hit consumers and businesses.

The former have been constrained by the sharp rise in inflation that was due to the fall in the pound following the referendum, which raised the cost of imported goods, notably food and energy. The increase in inflation has eaten into their wages, reducing their purchasing power.

That squeeze on household incomes is due to end this year, according to Bank of England Governor Mark Carney, as wage rises are forecast to start to outstrip inflation. Currently, wages are growing about 2.5 percent on average against price increases of about 3 percent.

Meanwhile, businesses have taken a more cautious approach on investment as they seek clarity over the post-Brexit economic landscape. Business investment during the fourth quarter was flat when compared to the year before, a sign of the impact of Brexit uncertainty.

With little more than a year to go to Brexit, executives will be hoping for some clarity to emerge over the coming days. On Thursday, Prime Minister Theresa May is hosting some of her top minister at her country retreat in an attempt to forge a consensus over the way ahead.

Discussions over the trading relationship between the government and the EU are due to resume soon, and many businesses, particularly in the finance sector, are hoping that a transition deal will be agreed on shortly whereby Britain will remain in the tariff-free European single market and customs union for a period after Brexit.

Though the impact of the falling pound is set to diminish over the year, Brexit is still the biggest cloud over the economic horizon this year.

"The effect of the uncertainty around future trading relationships is having an impact on the demand side of the economy," Carney told lawmakers Wednesday. "I don't think that's controversial, it's pretty clear ... We have moved from the top of the pack to the bottom."

The pound remained under pressure after Thursday's downgrade, trading 0.2 percent lower at $1.3885 as traders mull whether it may ease the pressure on the Bank of England to increase interest rates again as soon as May amid above-target inflation. Last November, the bank raised its main interest rate by a quarter point to 0.5 percent, its first increase in a decade.

"All told, then, the latest GDP data suggest that the economy remains in a fragile state and does not need to be cooled with another rate rise as soon as May," said Samuel Tombs, chief U.K. economist at Pantheon Macroeconomics.