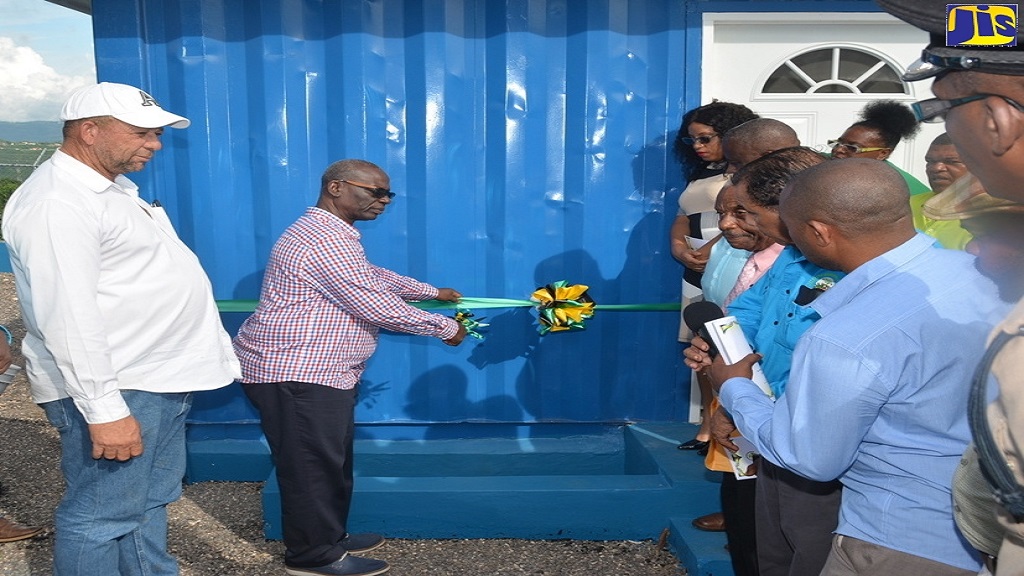 Minister of Local Government and Community Development, Desmond McKenzie (second left), cuts the ribbon to mark the official opening of the Top Hill Water Shop in St Elizabeth on Thursday, October 3. Sharing in the moment are Deputy Mayor of Black River, Albert Williams (left), and other stakeholders.

Two Residents of Top Hill and Retirement district in Malvern in St Elizabeth now have access to free, potable water following the opening of two water shops in the areas.

St Elizabeth is the latest parish to benefit under the Government’s initiative to construct water shops as a way of addressing water shortage in parishes that traditionally suffer severe drought conditions.

The facilities will each provide 16,000 gallons of purified water on a daily basis. 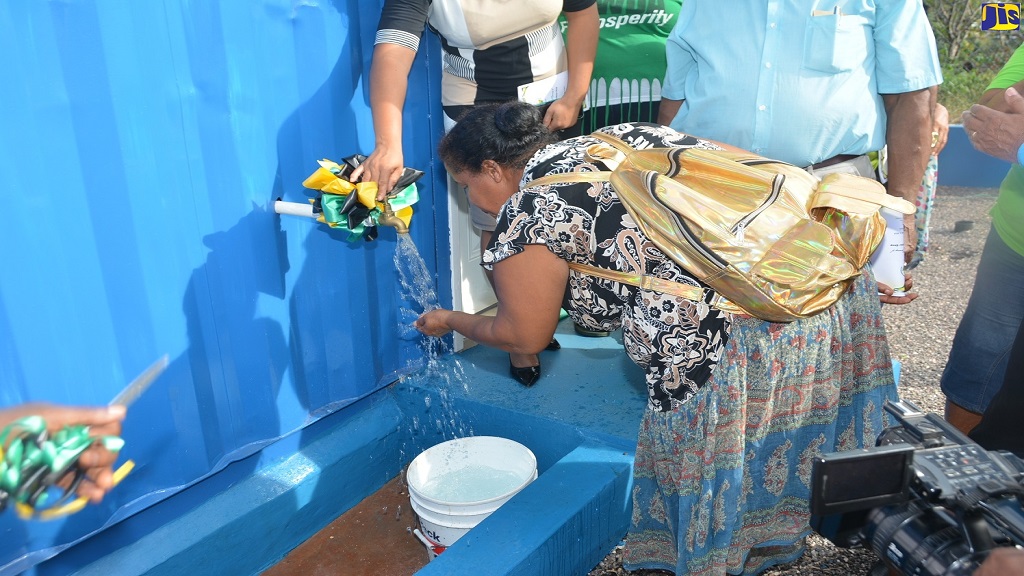 Speaking at the opening ceremony in Retirement district, McKenzie said four more water shops are to be constructed in St Elizabeth.

“Two more will be constructed and I hope that at least we can complete one more before the end of the calendar year. We are going down (to) Myersville and then we are going down to Tryall (district) in Junction with the other one,” McKenzie outlined.

“(Also)… commencing next year, we will build two additional shops in Pedro Plains and Brompton. You are getting an additional two, to make six of these facilities spread across the parish in areas that desperately need water supply,” he added.

The minister said some $24 million will be provided to the St Elizabeth Municipal Corporation to purchase two new water trucks to service both water shops.

He also urged the residents to protect the facilities, stating that “this is an investment that you have made because it is your property tax money that has been used to construct (the facilities).”

Meanwhile, Isolyn Daley, a resident of Malvern, told JIS News that the water shop could not have come at a better time because “the people from around that section of Retirement, they don’t have a tank, and now whenever they want water, they can come here.”

Top Hill resident, Marilyn Thomas, also lauded the Government for the water shop concept. She said the facility is a wonderful addition to the community that is often plagued by drought conditions.

“This is very good, very nice. We (are) always looking (for) water. I feel happy about it for (now), we can get our water to drink,” she indicated.

The construction of the two water shops makes it five such facilities that have been opened by the ministry in recent years. Two water shops are currently in operation in Manchester, while the other is located in Clarendon.