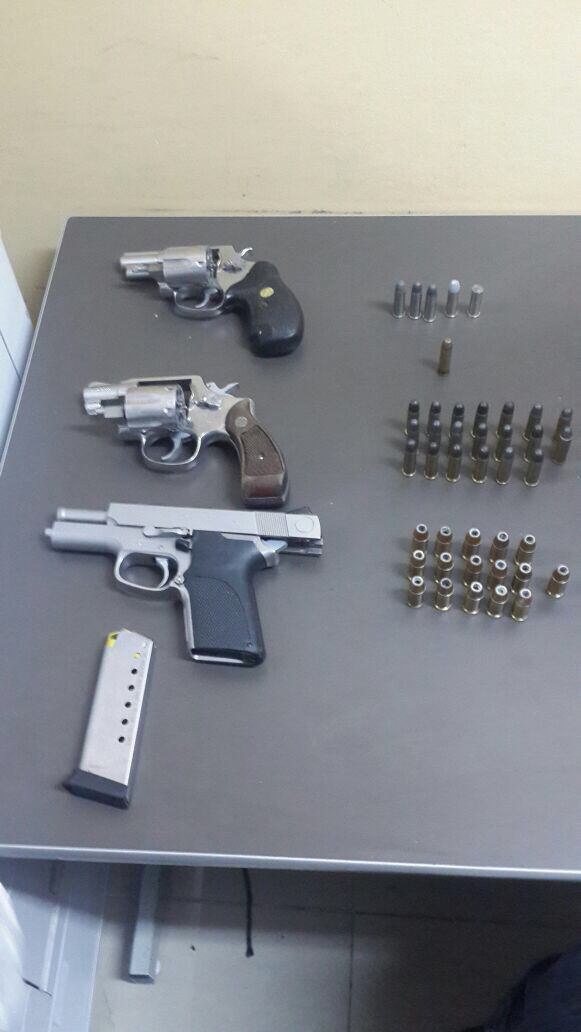 Police are reporting that two men were arrested and four firearms seized during a series of operations on Wednesday.

In the first incident, one Smith and Wesson Springfield 9mm pistol with a magazine containing 14 rounds of ammunition was seized during a confrontation with the police and a gunman on Rosemary Lane, Kingston on Wednesday, August 02 at about 5:45 a.m.

In the second incident, one .357 Smith & Wesson Magnum revolver with five rounds of ammunition and one Austria Glock 19 Pistol along with three rounds ammunition were seized. Two men were taken into custody.

Reports are that a team of officers were travelling along Victoria Street in Trelawny, when on reaching the intersection of Cornwall Street, explosions were heard and two men seen with guns, firing into the nearby community. The men were held the firearms were seized and the men taken into custody.

Later that evening about 7:20 p.m., in Spanish Town, St. Catherine, one Taurus 9mm semi-automatic pistol with a magazine containing seven rounds of ammunition was seized.

Reports are that a team of officers was on patrol in the area, when a man was seen acting in a manner which aroused their suspicion. When approached, the man ran leaving behind a bag.  The bag was searched and the firearm seized.

Also in St. Catherine about 10:30 p.m., the Police seized twenty .40 rounds of ammunition during a Cordon & Search Surge Operation in Bog Walk.

Police said they seized the ammunition during a search in an open lot.