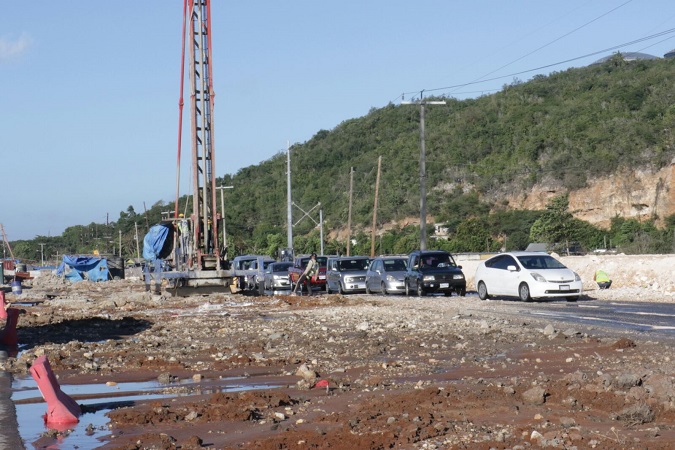 Vehicles traverse a section of the Mandela Highway. (PHOTO: File)

Two men were killed and 11 persons injured when the market truck in which they were travelling overturned along the Mandela Highway about 11:30 Monday night.

The deceased have been identified as 75-year-old Winston Powell, a farmer of Copperwood district; and 34-year-old Hubert Williams, a labourer of Chapelton district, both in Clarendon.

The injured were taken to both the Spanish Town and Kingston Public hospitals. The driver of the truck reportedly suffered minor injuries.

According to reports reaching Loop News, the truck that was laden with market produce, was travelling to the Coronation Market in downtown Kingston when the driver reportedly lost control of the vehicle and it overturned.

It reportedly overturned along a dark stretch of the highway where construction work is ongoing.

The Police were summoned and the injured passengers taken to hospital, where Powell and Williams were pronounced dead and eleven others treated.

One motorist lamented that the situation is usually made more dangerous along that stretch of roadway when it rains.

Eleven persons have now lost their lives on the nation’s roads since the start of the year.