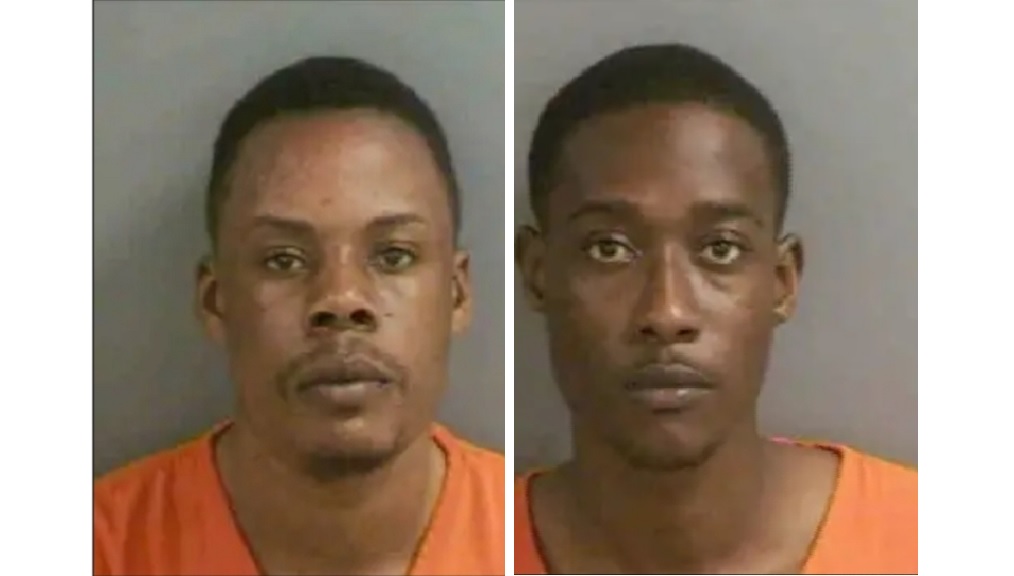 Two Jamaicans who were employed at a country club in Florida but were unable to return to the island due to the coronavirus-related closure of the island's borders have been charged for swindling elderly people in a lottery scam.

The accused, 24-year-old Dillion Johnson and 26-year-old Neville Taylor, have been jointly charged with three counts depositing cheques with intent to defraud, according to a news release from the Collier County Sheriff's Office in Florida.

According to further reports from NBC-2 news, in November last year, the Jamaicans went to the United States to work as contract servers at a country club in North Naples, Florida.

On April 1, their employment contract was terminated due mainly to lockdowns caused by the COVID-19 pandemic. The men were reportedly unable to return to their homeland due to Jamaica's air and sea ports being closed.

But on May 5, questions surrounding the financial activities of Johnson and Taylor were raised by the First Florida Integrity Bank, where they each had accounts.

The bank subsequently "informed Financial Crimes Bureau detectives about suspicious deposits being made into accounts held by Johnson and Taylor. The funds were also being moved to different bank accounts in their names at other institutions," NBC-2 news reported.

Following a probe, detectives determined that the cheques came from senior citizens, some of whom suffered from memory loss.

The Collier County Sheriff's Office said the elderly and vulnerable victims were informed that they had won "a large cash prize", and they would need to send funds in the form of cheques to an individual to verify their banking information in order to deposit the money they reportedly won.

Officers in Florida said their probe revealed that a 72-year-old San Francisco-based woman with a long-term traumatic brain injury sent Johnson two cheques valued at a total of US$5,500.

In addition, Johnson allegedly received a cashier's cheque of US$5,000 from a 85-year-old woman in West Virginia on May 4.

With respect to Taylor, he reportedly received three cheques from a 95-year-old woman in North Carolina, who had no recollection of sending any cash to him. He was said to have received a cheque of US$1,700 on March 23, a US$1,500 cheque on March 30, and a US$1,000 cheque on April 21 from the elderly woman.

Additionally, investigators said Taylor benefitted from a US$1,200 cheque he received from a 84-year-old Illinois woman in January.

Another elderly Texas woman aged 84, allegedly sent Taylor two cheques which amounted to US$4,500. The dates when the Jamaican received the cheques were not revealed by authorities.

Following a probe, Johnson and Taylor were later apprehended and charged.

They are to appear in a Florida court at a later date.

Jamaican on the run in US after allegedly scamming elderly persons