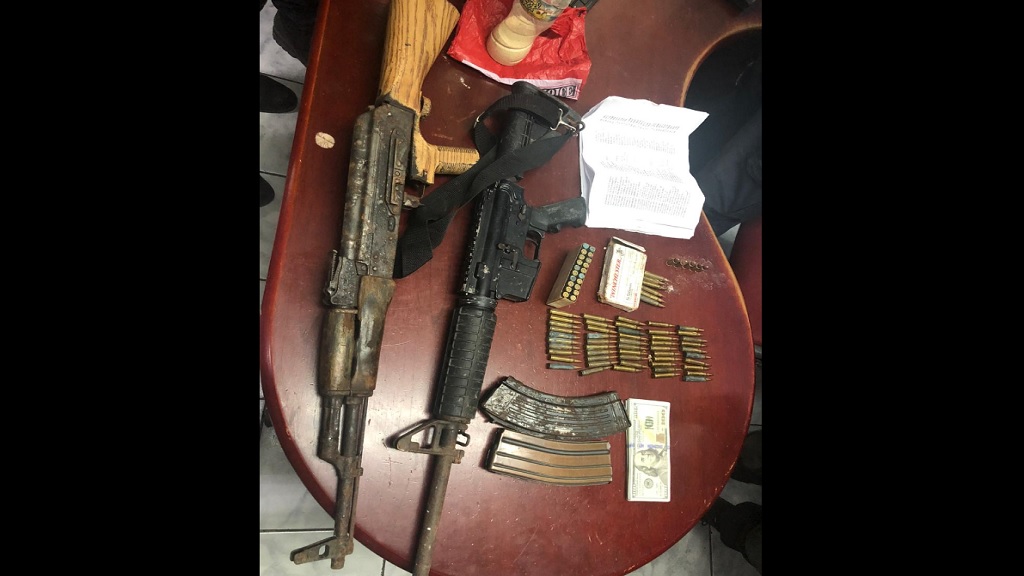 The assault rifles, ammunition and other illegal items which were seized by the security forces in Hollywood Norwood in St James on Thursday afternoon.

Five persons have been taken into police custody for questioning in connection with the seizure of two high-powered rifles, a quantity of ammunition and other illegal items in the community of Hollywood Norwood in St James on Thursday afternoon.

The operation was carried out at about 1pm.

Thursday's gun find comes sharply after the police seized a firearm and four rounds of ammunition during an operation in Greenwood in the parish on Tuesday.

Reports are that during an operation at about 12.40 pm on Tuesday, the police seized a 9mm Ruger pistol with a magazine containing four 9mm rounds of ammunition.